Stop what you're doing and watch the new trailer for John Green's Paper Towns
Loading
Already a member? Log in
No account yet? Create Account
Spot.ph is your one-stop urban lifestyle guide to the best of Manila.

Plus trailers for Mockingjay Part 2, a new Nicholas Sparks movie, and more. 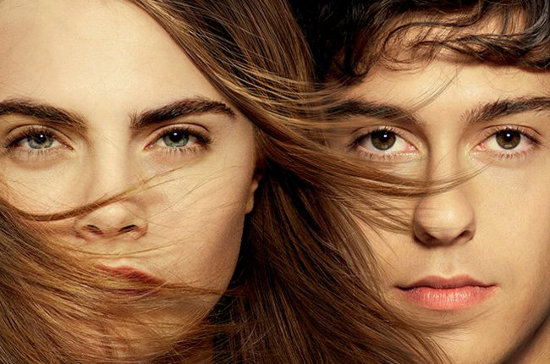 Model and now actress Cara Delevingne plays Margot, the mysterious girl next door that Quentin (Nat Wolff) is helplessly in love with. After taking him on a fun, all-night adventure, she suddenly disappears, leaving cryptic clues that he must now decipher if he wants to find her. This road trip movie-slash-love story is out in theaters July 24.

Not up your alley? Here are four new movie trailers to get excited about:

Prepare your obligatory box of tissues, because another Nicholas Sparks novel is coming to the big screen. This time, it’s all about two intertwining love stories that span generations: A young couple (Britt Robertson and Scott Eastwood) must fight to stay together when they realize they’re on separate paths. Enter Ira (Alan Alda), an old war veteran whose enduring love for his wife inspires them. The movie opens in local cinemas April 15.

Fans of horror and the Insidious franchise have more to be excited about. This prequel follows a ghost hunting team as they try to protect a teenage girl (Stefanie Scott) from a malevolent supernatural entity.

What do you get when you cross aliens with nostalgic video game characters? You get Pixels, an upcoming comedy starring Adam Sandler, Peter Dinklage, and Kevin James, who must save the world after aliens unleash a gang of video game characters from the ’80s to attack Earth. Yes, like Pac-Man, Donkey Kong, and Space Invaders.

Okay, so it’s more of a teaser trailer than an official one, but it still gave us the chills. A villainous voice-over threatens to upset the status quo as Katniss (Jennifer Lawrence) takes on the Capitol for an all-out war. The teaser also gives us a first glimpse of the new logo.