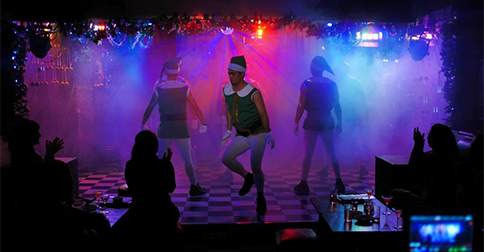 Shakin’ it in Japan! Still from Imbisibol, the big winner at Sinag Maynila

(SPOT.ph) A film that started life as a one-act play for the Virgin Labfest in 2013 won big at the first Sinag Maynila Festival awards ceremony held on Saturday at the SM Aura Premier. Imbisibol, directed by Lawrence Fajardo, was the big winner, with six of the seven awards given out that evening. Ninja Party, which was director Jim Libiran's somewhat controversial depiction of a key event in the lives of Catholic schoolgirls, won the People's Choice prize for grossing the most during the first half of the festival, which lasts until Tuesday. Alessandra de Rossi, who starred in the early favorite Bambanti, tied with Ces Quesada for Best Actress, who accepted her prize via text message. 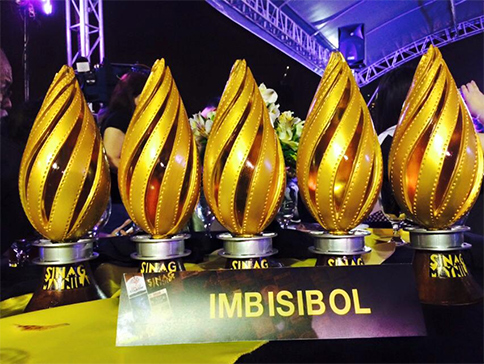 Members of the Imbisibol team dedicated their prizes to the overseas Filipino worker community. The film, set in Japan among overstaying Filipino workers living there, was shot in Fukuoka and Hokkaido in sub-zero winter weather. Fajardo last gained very significant notice in 2012 for his Cinemalaya film Posas, which won Best Picture for the Directors' Showcase competition.

Here are the rest of  winners:

Sinag Maynila runts until March 24. Read more about in The SPOT.ph Guide to Sinag Maynila. Photos from Imbisibol the Movie’s official Facebook page.