7 Movies We Can’t Wait to Watch This April

April is shaping up to be an exciting month for movies. 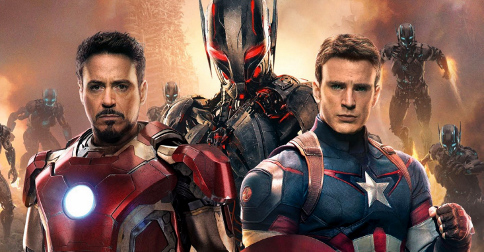 (SPOT.ph) From romance to long-awaited blockbusters, there’s a perfect movie for any eager moviegoer this April. Here are a few picks.

After defeating an international terrorist named Owen Shaw, Dominic Toretto (Vin Diesel) and his crew leave their old lives behind and go their separate ways. Unfortunately, Shaw’s vengeful brother (Jason Statham) is out for blood.

The SpongeBob Movie: Sponge Out Of Water

SpongeBob SquarePants (Tom Kenny) and the rest of his Bikini Bottom pals are in for another adventure when the top-secret Krabby Patty formula is stolen. SpongeBob must now join forces with his sworn enemy, Plankton (Mr. Lawrence). Read our movie review here.

That Thing Called Tadhana director Antoinette Jadaone is back with a new rom-com. A strict boss (Toni Gonzaga) switches places with her lowly assistant (Coco Martin), leading to hilarious and romantic results.

Get your hearts aflutter with the newest Nicholas Sparks novel to be immortalized on the silver screen. The lives of a young couple (Britt Robertson and Scott Eastwood) intertwine with that of an elderly man (Alan Alda), whose romance with his beloved wife has withstood the test of time.

The Avengers are assembling once again, this time to defeat Tony Stark’s (Robert Downey Jr.) robotic experiment gone awry, Ultron (voiced by James Spader). Chris Evans, Mark Ruffalo, and the rest of the cast are set to reprise their roles. They will be joined by newcomers Elizabeth Olsen and Aaron Taylor-Johnson who play twins Pietro and Wanda Maximoff.

The film follows six high school friends who are stalked by a mysterious online presence seeking vengeance for their classmate’s suicide.

When millionaire James King (Will Ferrell) is convicted of fraud, he turns to Darnell Lewis (Kevin Hart) to help him prepare for a life behind bars.