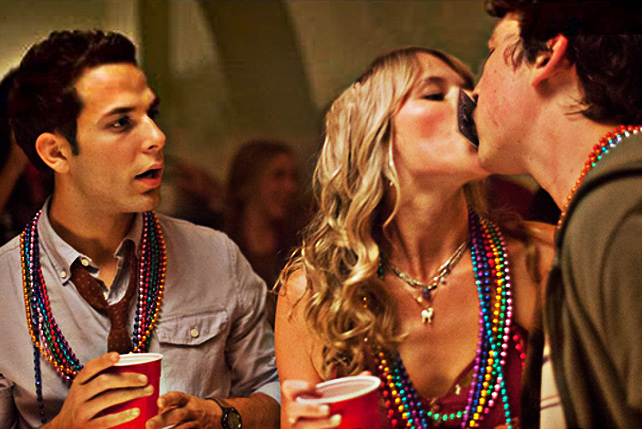 (SPOT.ph) Drinking games are a staple in almost every party, gathering, or get-together-provided, of course, there’s more than a handful of people and there’s plenty of alcohol to go around.

Everyone knows what beer pong is, but have you tried these 10 other games on our list? Grab your friends (or even that stranger you’ve been eyeing all night) and remember, drink responsibly.

Disclaimer: We listed games with as little props and instructions as possible. We want you to have fun, not scramble for equipment or have heated debates on how the rules actually work.

ALSO READ: 10 Fun and Crazy Games for Your Christmas Party

It’s almost hard to imagine a list of drinking games without I’ve Never, also known as Never Have I Ever. This time-honored game is simple: one player starts off by saying something they’ve never done, and those guilty of having done it must drink.

Perfect for: A large group of people hellbent on uncovering dirty secrets. The juicier, the better. 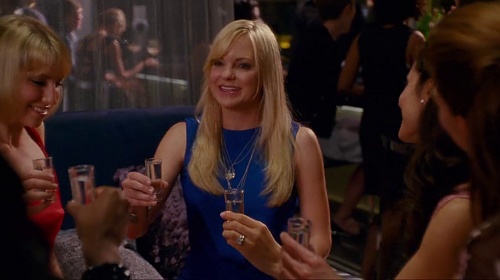 This game requires a bit of brain power. One player announces a category and the player to their left calls out something that fits into that category. The game continues until a player can’t or accidentally repeats an answer. This person then drinks their beer or liquor of choice. It sounds easy enough until you’ve had one too many. Or if you’re just really bad under pressure.

Perfect for: Breaking the ice or bonding with your old college barkada. 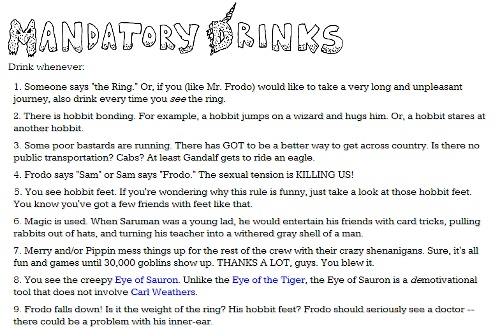 The Lord of the Rings drinking game. Screenshot from drinkingcinema.com.

Take your television-viewing to another level and throw in a couple of alcoholic beverages while you’re at it. This is a staple game for awards shows (did someone exceed the time limit for speeches? Take a shot!), marathoning TV shows, or hosting a movie night. Make up your own rules or scour the Internet for ideas. Total Film has a handy list of 50 greatest movie drinking games. 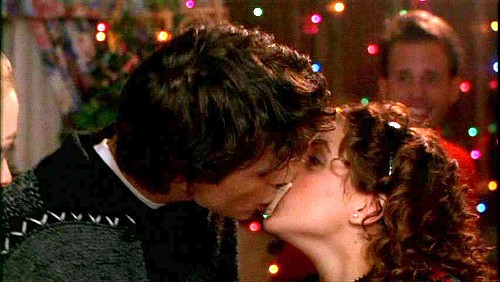 This is a true drinking game classic and has proven to be a hit in most parties. Sit your guests in a circle and take a plastic card. The trick is to pass the card around using only your lips (no tongue or teeth, please) by suction. If the card is dropped during a transfer, both players should drink. Here’s a special rule: if the card drops, drink the penalty and rip the card in half. Less card, more lips, and possibly, more fun.

Think this, but with alcohol.

If you’re old enough to be drinking, then you’ve probably played Truth or Dare at some point. Instead of telling the truth, down your drink. A Drink or Dare app also exists, which includes interesting categories like "fantasy dares" and "group dares."

Perfect for: The adventurous and people willing to embarrass themselves. 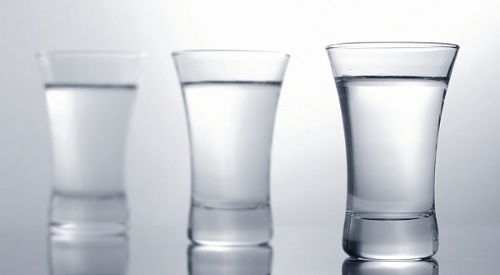 Fill shot glasses randomly with water and different kinds of clear spirits like vodka and tequila. Each person takes turns downing a shot then saying "Mmm, water." If you aren’t convincing enough, keep doing shots until you are. Admit it, just imagining someone trying to swallow undiluted tequila with a straight face is pretty hilarious. We suggest a lot of practice with this one.

Perfect for: A good laugh. 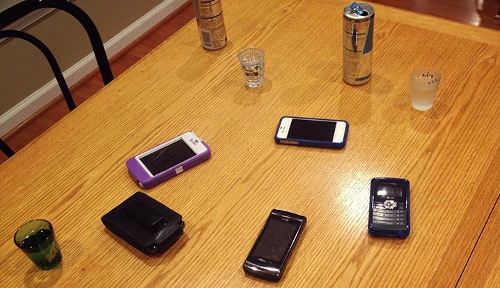 This is pretty straightforward. Everyone has to put their phones  in the middle of the table, mix them up, and grab a random phone. Select a random contact and type a message saying whatever you want but do not send it. Then hand the phone back to its owner who now has a choice: send the message or take a shot.

Perfect for: A group of close friends, or even people who now have a good excuse to send that text message to that someone. If it backfires, you can always blame it on the game.

Here’s a game with a little strategy involved. Teams are arranged in a row facing each other, with rows of beer between them. The two participants at the end of the table start by chugging their drink. They must position the empty cup at the edge of the table and flip it over by flicking it from the bottom using a finger. Once a cup is successfully flipped, the next player on that team does the same until one team finishes.

Perfect for: People looking for a challenge.

This game would need a music player loud enough to be heard by everyone. Each person needs a single shot glass and about six to seven beers (or sixty shots of beer). Choose a Power Hour mix, which can range from different genres and artists, depending on what you’re into. Over the course of an hour, 60 songs will play and a shot of beer is taken when the song changes every minute.

Perfect for: People who want to feel buzzed... fast. 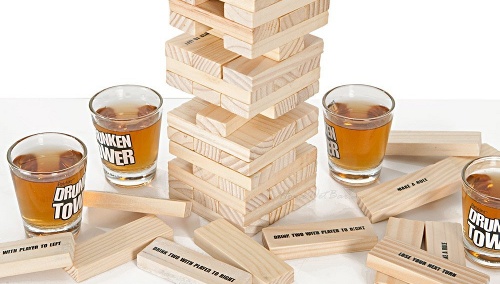 It’s like Jenga: Adults Only Edition. Set up the Jenga and play as you normally would, but this time with tasks written on each block. Drinks will be given based on the task written on each block and a penalty cup is given to whoever knocks the tower over. Here are some fun task ideas: (1) Call an ex on speakerphone, (2) Kiss the person on your left, (3) Down a cup of beer, and (4) Prank call a mutual friend. Don’t be afraid to get creative!

Perfect for: Board game fans.

ALSO READ: 10 Fun and Crazy Games for Your Christmas Party