Check out this week’s must-see gigs, parties, and events! 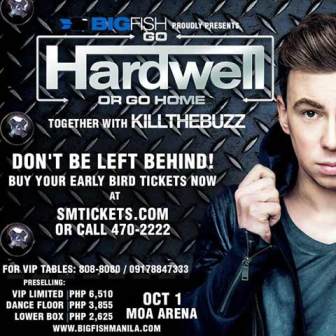 Why you should go: He’s said to be the number one DJ in the world. Hardwell stops by Manila for his Go Hardwell or Go Home tour so you better catch him for his one-night only performance. 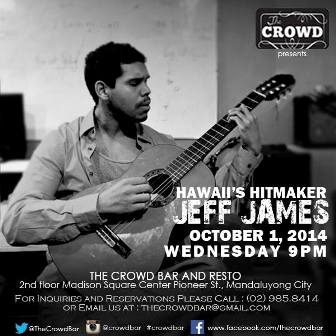 Why you should go: All the way from Hawaii, half-Filipino hitmaker Jeff James will be coming home to play his hits like "Hawaiian Girls" and "Good." 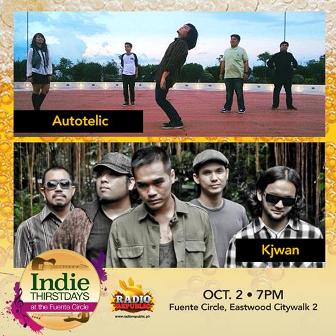 Why you should go: Kjwan and Autotelic may not be new in the indie scene but these bands still know how to rock it hard and sound fresh at the same time. Listen to them perform back-to-back for free!

Other details: Gig starts at 7 p.m. 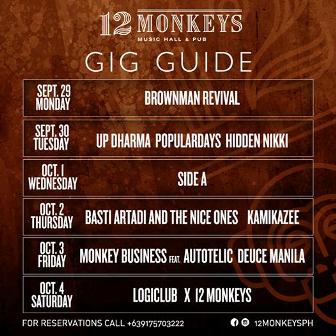 Basti Artadi and The Nice Ones + Kamikazee

Why you should go: Check out this week’s lineup at the newest go-to gig place in town, 12 Monkeys. Don’t miss Basti Artadi and The Nice Ones play their new songs while Kamikazee delivers another solid set this Thursday. 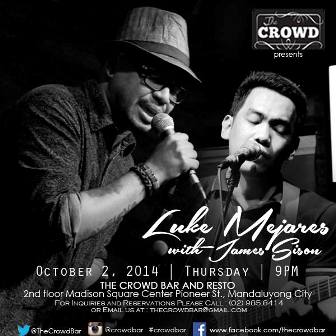 Why you should go: Chill out to the cool voice of these two crooners, Luke Mejares and James Sison, and prepare to fall in love all over again with their ballads.

Why you should go: Afrojack, Axwell Ingrosso, Apster, Bassjackers, D-Wayne, Ferry Corsten, Knife Party, Shermanology, Stadiumx, and more artists will be performing in this party that will last until morning! 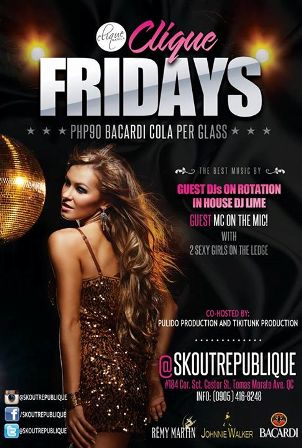 Why you should go: Party until the sun rises with guest DJs on rotation. Are you brave enough to step on the ledge and flaunt your dance moves?

Why you should go: STWO, the 21-year-old prodigy producer from France, is ready to invade Manila. Listen to his smooth sounds as you dance the night away.

Why you should go: Toby White is one of today's rising DJs in the Asian scene so don't miss your chance now that he's playing in Manila. Sharing the table are TIME's resident DJs so it's guaranteed to be an epic night. 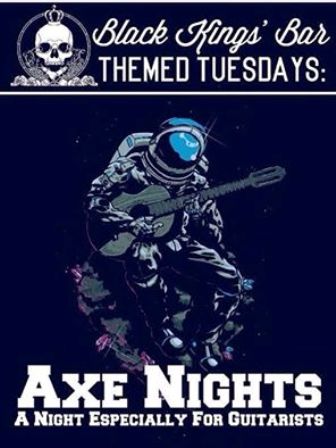 Why you should go: Did you miss the last Axe Night? Not to worry because the only guitarists’ night in the metro is back! If you're an aspiring guitarist who wants to learn from the pros or you simply want to listen and jam with LC De Leon from Reklamo, Mico Ong from Fuseboxx and Kastigo, and Bombee Duerme from Giniling Festival, then this is the gig for you.

Other details: Doors open at 7 p.m. Entrance is free. Don't forget to bring your guitars!