VS Mode Manila: Live Art Battles at Pink Panda and Crisp On 28th 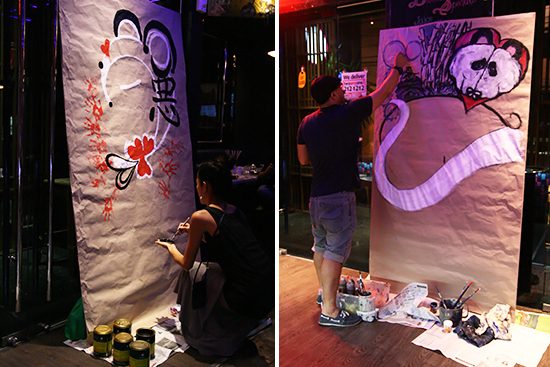 (SPOT.ph) Artists have been messing with us since...well, ever, and now it’s time to return the favor. Let’s mess with them by making them draw things that don’t make sense on our terms. 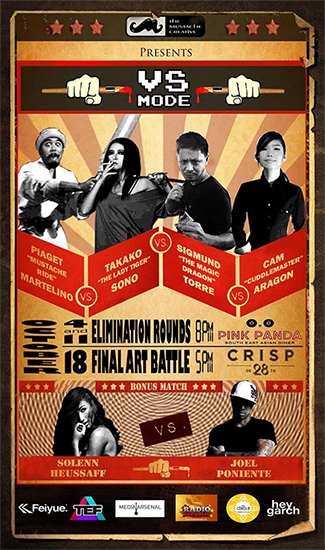 We figured that The Mustache Creativ had a more noble reason in mind when they started VS Mode, a live art battle that tests wit and creativity. We just think turning the tables and confusing the artists (instead of the other way around) is an opportunity that’s hard to pass up.

The rules are simple: guests are given a piece of paper to write anything (anything) they want the participating artists to draw. From a pile, two words are selected to kick off the battle. A word is picked every 10 minutes and once time runs out or the artists are reasonably exhausted, the public votes for the most creative visual interpretation of the words.

It’s a throwback to an old game Surrealists played and it’s probably a fun challenge for the participants...if the words are great. If you somehow find yourself in Pink Panda this Saturday, be creative and add words that will push their improv-visual (we made that up) skills to the limits. Go super vague or be extremely specific.

Thankless, Barack Obama in a bikini, the Germans winning the World Cup, and Sriracha were just some of the words that Piaget Martelino and Takako Sono had to creatively interpret on the first elimination round of VS Mode Tournament. Someone also added "robotic scorpion" and it’s delicious to see how these ill-fitting concepts make sense (or don’t) as art. 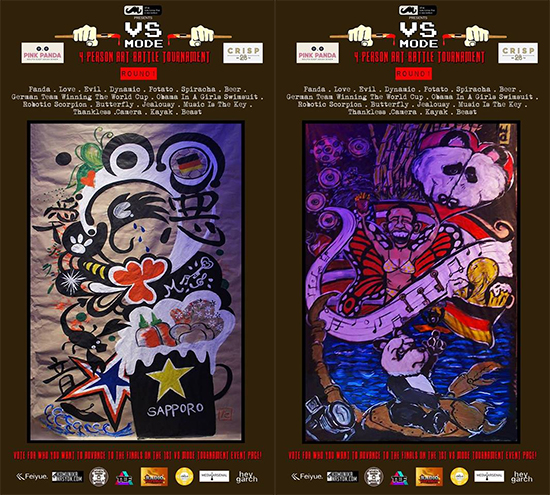 The atmosphere in Pink Panda is a little less loud than in Rastro where the previous art battles were held but it isn’t any less fun. Drinks are more expensive, so go there drunk and help make trippy art.