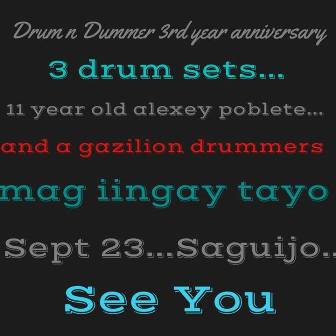 Why you should go: Prepare for a loud and banging Wednesday night as drummers take over the stage! This anniversary special features 11-year-old international Filipina sensation Alexey Poblete, Bennii Obana from Tempestuous Jones and Bato, Mike Dizon from Sandwich, Pedicab, and Teeth, and Zach Lucero from Imago.

Other details: Show starts at 9 p.m. Get in for P200, inclusive of one drink. 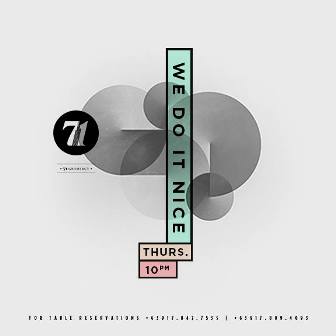 We Do It Nice

Why you should go: An all-new Thursday night at the hottest rooftop bar in Manila awaits! We Do It Nice is hosted by Sheena Vera Cruz of Gypsy Moves and Kristian Hernandez of Heavy Boogie. Drop by and dance to a new era of progressive sound with guest and house DJs. 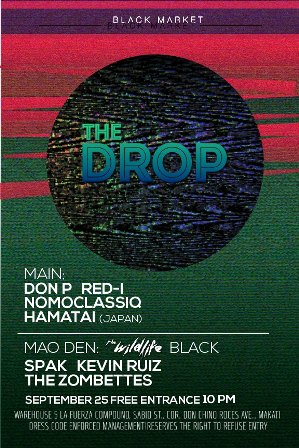 The Drop feat. Hamatai from Japan

Why you should go: Black Market’s special guest is Hamatai, known in the reggae music scene in Osaka. His dancehall and killer digital mixes earned him a reputation all around Japan and abroad. Catch him live with Black Market’s resident DJs: Don P, Red-O, Nomoclassiq, Spak, Kevin Ruiz, and The Zombettes.

Other details: Party starts at 10 p.m. Entrance is free! 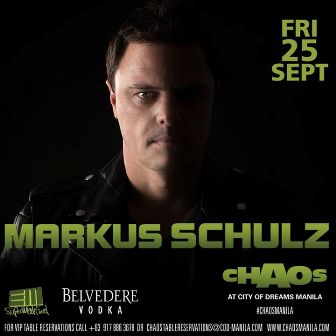 Why you should go: Global DJ and Time's back-to-back America's Best DJ will be turning up the party in Chaos this weekend! Catch him live and his signature trance, progressive, and house music this Friday!

Other details: Be there by 11 p.m. For VIP table reservations, contact 0917-381-3398 or e-mail ChaosTableReservations@cod-manila.com. You may also get your tickets at SM Tickets outlets nationwide. 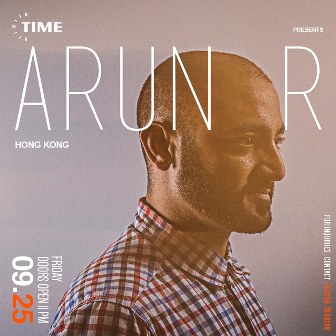 Why you should go: Arun R is known to taking listeners on a mood-influencing, relaxing but breathtaking musical journey into the realms of deep, disco and soulful house. He’s gracing the decks of TIME this Friday! 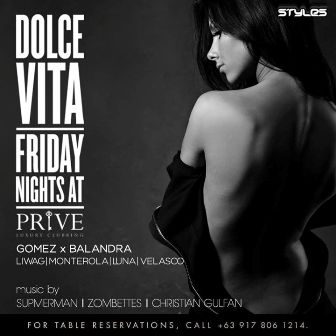 Why you should go: Privé Luxury Club and Styles Entertainment bring you Dolce Vita, a new Friday night to strut your stuff and be seen with BGC's finest. Live DJ sets by Superman, The Zombettes, and Christian Gulfan. Curated by Luis Gomez and Lowell Balandra, with hosts Cio Liwag, Janine Luna, Joice Velasco, Benik Monterola, and Arjay Rayala.

Other details: Party starts at 11 p.m. Free entrance and free-flowing drinks for all ladies until 1 a.m. 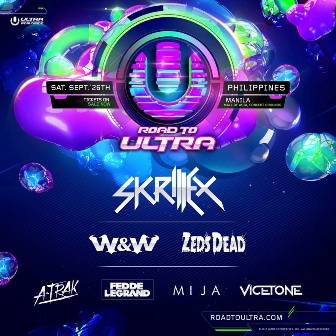 Why you should go: Ultra Worldwide, producers of the award-winning Ultra Music Festival in Miami, launched a new event concept called “Road to Ultra” and they’re taking it to the Philippines. Internationally acclaimed acts are set to perform include Skrillex, W&W, Zeds Dead, Atrak, Fedde Legrand, Mija, Vicetone, and more. 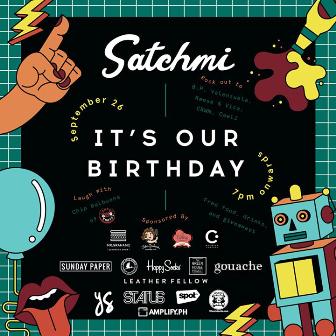 Why you should go: Expect a lot of giveaways, music, free-flowing drinks, and huge announcements as Satchmi celebrates their first anniversary. Rock out to Coeli, Reese & Vica, CRWN, and BP Valenzuela. Chip Balbuena of Comedy Cartel will also be dropping by. 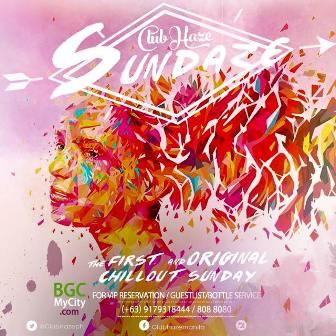 Where: Club Haze at The Fort Strip, Bonifacio Global City

Why you should go: The first and original chill out Sunday in the Metro is none other than Sundaze. Enjoy champagne, shisha, house music, and overall good vibes. 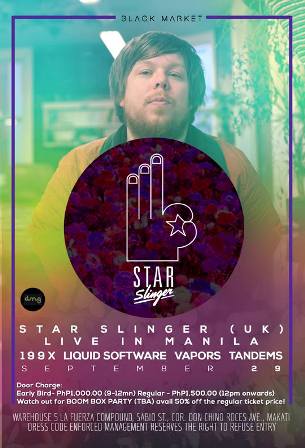 Why you should go: Star Slinger (Darren Williams) is a music producer that intertwines various different sounds in his music. Like some producers that Black Market has showcased earlier in the season, Star Slinger mixes beats that are influenced by R&B and hip-hop. Catch him live at Black Market with supporting acts 199X, Liquid Software, Vapors, and Tandems ’91.

Other details: Doors open at 9 p.m. Early bird price of P1,000 for those coming in before 12 a.m. Regular door charge of P1,500 applies after midnight.

Gig Gig Scene Gig Sked Manila Night Life Night Life Night Live Night Out Nightclub Nightlife Nightspots Parties Party
Your Guide to Thriving in This Strange New World
Staying
In? What to watch, what to eat, and where to shop from home
OR
Heading
Out? What you need to know to stay safe when heading out