Eugene Domingo: The Next Comedy Queen Proves Talent is All You Need
Loading
Already a member? Log in
No account yet? Create Account
Spot.ph is your one-stop urban lifestyle guide to the best of Manila. 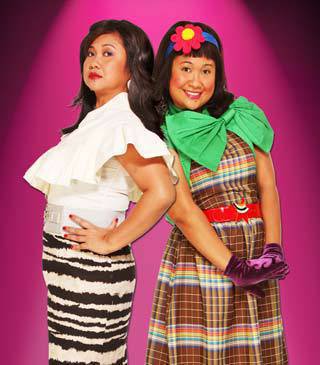 Eugene Domingo: The Next Comedy Queen Proves Talent is All You Need

Riot comedy Kimmy Dora star Eugene Domingo tells all about shattering barriers of stereotypical beauty, her dreams of making it to Cannes and her fixation on Piolo Pascual. 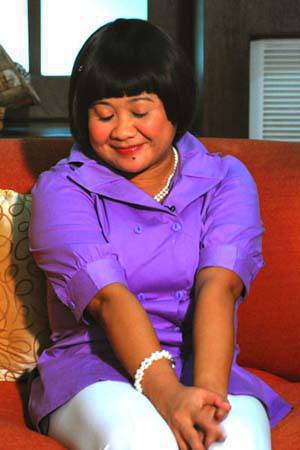 Living proof that sheer talent can still take you places in Philippine showbiz, Eugene Domingo's career started in 1992 with a steady stream of cameos and supporting roles in various soap operas, comedy shows and indie films. A Best Supporting Actress Award veteran, she has cinched the acting title for films like Bahay Kubo in 2007, Foster Child and Pisay in 2008 and 100, an entry in last year's Cinemalaya Film Festival.

This year, she takes the lead role as both Kimmy and Dora Go Dong Hae, twins who  sit on opposite sides of the personality spectrum. With too-hard-to-ignore, fall-off-your-chair, laugh-a-minute comedy antics, a steamy swimming pool scene with killer lines like, "I'm just a girl floating in front of a boy, asking him to love her," and a gorgeous leading man in Dingdong Dantes, Eugene goes head-to-head with Sacha Baron Cohen when Kimmy Dora opens in cinemas next week the same time as Bruno.

Eugene dazzles us her wit, shares her need for sleep and how she's praying that no typhoon will bar anyone from watching her upcoming comedy film, Kimmy Dora, next week:

When you started acting on stage for Dulaang UP, did you know that you were going to be a comedienne?

All I knew was that I was interested in playing different roles. And that is still what I want to do, to play character roles, not necessarily laging komedyante. Kung tatanungin mo ko, isang malaking karangalan ang magpasaya ng tao. Not all my films were comedy, I did Pisay, Foster Child, and soap operas, hindi naman sila laging nakakatawa. 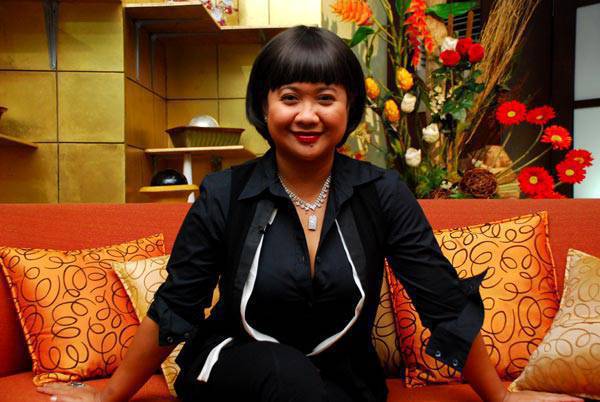 At what exact moment did you discover you were funny, that you could do comedy?

Which local actresses you admire most?

Aren't you pressured by your new title, the Next Comedy Queen'?

Who are your crushes? 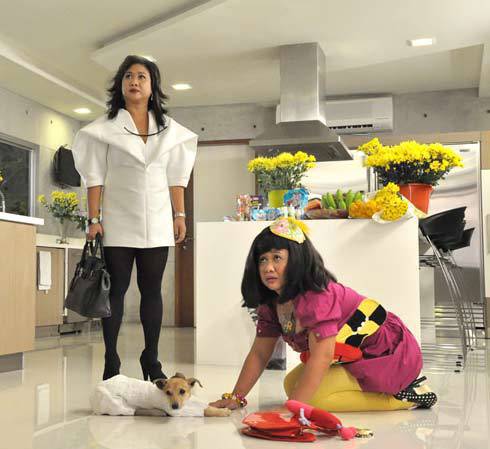 Who do you identify with more, Kimmy or Dora? And who was harder to play?

Do you believe that there's a bit of Kimmy and Dora in everyone?

Where do you get your confidence about your body? (Eugene's swimsuit scene is a must-watch) 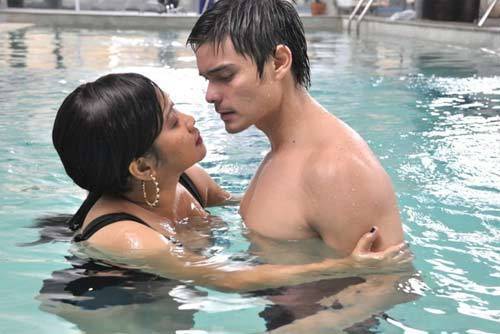 What's the one thing you discovered about your leading man, Dingdong Dantes, that not a lot of people know about?

What's the best thing about being the lead star in a movie?

In Kimmy Dora with Spring Films, being their first leading lady for their first film venture, they gave me the freedom to suggest, to choose, to give my inputs. That's the best part, kasi alam mo na, team effort ito.

In real life, would you want to have a twin sister?

No! 'Cause with my personality, parang dalawa na eh, so kung may twin pa ko, apat na yon.

Nowadays, it's always hectic. Yun ang normal day ko, for the past six months. A normal day for me is checking my calendar, fixing my bags, I like compartmentalizing things. I talk to friends, that's how I relax. Once in a while, I sing gospel songs, when I need to de-stress, when you need to turn back to zero.

Wikipedia said you're 49 years old? You look so young for your age.

We're so glad that you're an example that talent, more than just fair skin and mestiza looks or a lipo-sculpted body, can actually get you far in this industry.

Oh, thank you! Beauty is only good for five or seven minutes. After that, people are going to look for other things that you can offer. So, in my case, alam ko naman na di ako maganda, di ako sexy. Sapat lang, tama lang sa pangangailangan ko sa araw-araw.

What do you want say to women who are not comfortable in their own skin and feel they are not traditionally 'beautiful'?

What's next for Eugene Domingo?

Kimmy Dora Eugene Domingo
Your Guide to Thriving in This Strange New World
Staying
In? What to watch, what to eat, and where to shop from home
OR
Heading
Out? What you need to know to stay safe when heading out