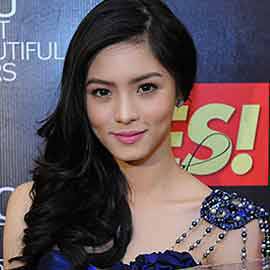 Kris Bernal, Melissa Ricks, and Jason Abalos were also spotted at the June 22 launch of the <em>YES!</em> that rounds up the fairest of them all. 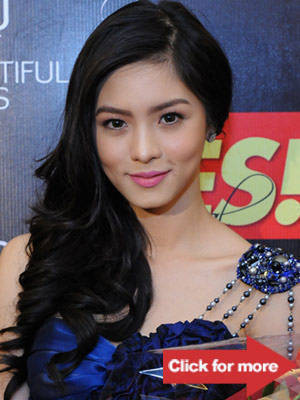 Kim Chiu at the launch of YES! 100 Most Beautiful Stars of 2010. Click for more photos.

Kim Chiu was hailed as the fairest of them all at the launch of the YES! Magazine Special: 100 Most Beautiful Stars 2010 on June 22. The Pinoy Big Brother Teen Edition winner landed the cover, following the footsteps of previous cover girls Marian Rivera (2009), KC Concepcion (2008) and Judy Ann Santos (2007). 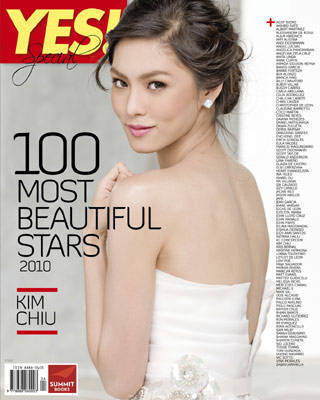 When asked how she felt about being dubbed the most beautiful of the bunch, Chiu laughed as she told PEP.ph: "Ako? Parang hindi naman ako kagandahan! Nahihiya ako kasi siyempre ang dami-daming artista na iba, maganda, mestiza. Ako Intsik lang!" The 20-year-old star added that she is "thankful" for the privilege.

The YES! Magazine Special: 100 Most Beautiful Stars is available in newsstands, bookstores and supermarkets nationwide for P150. Photos by Ryan Ong.