Truth or Dare: Anne Curtis on demanding a bigger talent fee, daring to release an album + more
Loading
Already a member? Log in
No account yet? Create Account
Spot.ph is your one-stop urban lifestyle guide to the best of Manila. 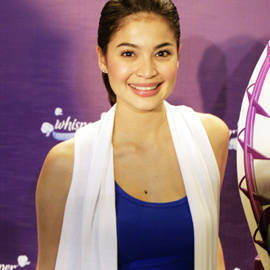 The host-actress (and singer?) gets candid at the Whisper Cottony Clean launch. 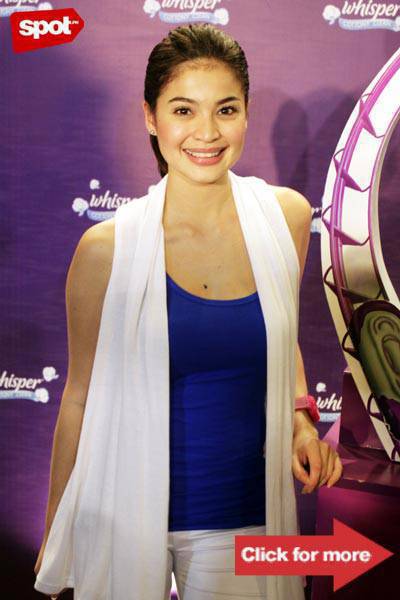 Anne Curtis’ 13th year in showbiz seems to be quite a lucky year for her. In Your Eyes, her movie with ex-boyfriend Richard Gutierrez and Claudine Barretto premieres August 15; the hit reality talent search Showtime she co-hosts is now on its second season; and she is taping for an upcoming Koreanovela remake, Green Rose, with Jericho Rosales and Jake Cuenca.

Luck, though, hasn’t always been on her side. She recalls a time when projects were scarce and she contemplated leaving it all to finish her studies in Australia, her homeland. But after accepting her first kontrabida role in hit teleserye Hiram in 2004 and transferring from GMA to ABS-CBN, she has been continuously in the limelight in various reincarnations. From playing a princess at 12 years old in her first big break Magic Kingdom, she went on to portray, among others, a goddess (Dyosa), a hunchbacked bell ringer (Kampanerang Kuba), and a Filipina who falls for the enemy during the Spanish occupation (Baler, for which she won Best Actress in the 2008 Metro Manila Film Festival).

At the press conference launching Anne’s latest endorsement, Whisper Cottony Clean, she revealed to the media her singing frustrations, her bugoy side in Showtime and her policy on mixing love and showbiz.

The public sees a different Anne Curtis in Showtime compared to, say, ASAP.

Is it true that you’re uncomfortable with Showtime co-host Vhong Navarro’s teasing?

Showtime judge Vice Ganda said he’s leaving the show for a while.

Sabi niya pero hindi pa siya umaalis. I understand Vice; minsan nakakapagod talaga lalo na ’yong pa-sample every day for nine months. I think what brings him back is the love for the madlang people and for the contestants.

Vice Ganda gives in to the crowd’s "pa-sample" demand.

Rumor has it that his talent fee has increased.

Your contract with ABS-CBN is about to expire. There are speculations that you might transfer to another network or demand a larger talent fee.

You seem so comfortable singing in your shows.

A lot of non-singers have come out with their own albums.

How different is your upcoming Koreanovela remake Green Rose different from your other teleseryes?

How are Jericho Rosales and Jake Cuenca as your leading men?

Among all your leading men, who is your favorite and why?

It’s so hard to choose a favorite because my [leading men are different]. I think the most fun to work with was Sam [Milby, her ex-boyfriend]. Right now, I’m enjoying the company of Jericho. It’s a little lighter than Baler [the movie they co-starred in two years ago].

Trailer of In Your Eyes

The kissing scenes in the trailer of In Your Eyes were pretty intense. Didn’t anybody get jealous?

I’ve learned from the past that it’s something I’d like to keep quiet about. Being in the industry, the press can either make it or break it. Kung talagang ano, dapat i-keep quiet na lang para hindi na maapektuhan. 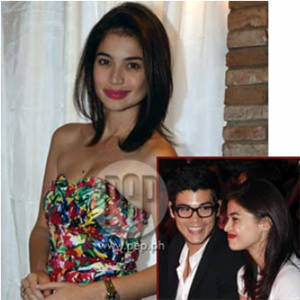 Are you willing to sacrifice showbiz for love?

That’s hard. Hosting and acting are two of my passions but when you’re in love, that’s also a passion. I think it’s more about finding the right person because if that person really loves me, he’ll support [my] career. Of course, when I’m married and have children, I can let go of my career. But as of now, no! (laughs)

What are the challenges you had to go through to be where you are now as an actress?

I’ve been in the business for 13 years so there has been a lot of challenges. Past scandals, tsismis, transition from child actress to actress... There was no work for a while. Iniisip ko, itutuloy ko pa ba ’to o uuwi na lang ako sa Australia to finish my studies there? But ABS-CBN offered Hiram (with Kris Aquino, Dina Bonnevie, Heart Evangelista and Geoff Eigenmann), a big project. It was my first mature and kontrabida role. After that, never na akong nawalan ng work. I believe blessings are given to those who wait patiently.

My dad and I were talking about it a few days ago. My dad said, "I’m so proud of you, Anne, because it’s so hard to make that transition from child star to host and actress with more daring roles." I said, "Dad, thank you!" My dad always tells me to have two feet on the ground and a good head on your shoulders.

Having such a hectic schedule, do you still have time for your personal life?

I try to make time. Ang hirap talaga kasi may Showtime, Green Rose tapos In Your Eyes pa. ’Yong dad ko, nag-te-text na nga sa akin, "Should we include in your contract to have one free day for me?" Sabi ko, "Daddy, I’ll make time. I promise, I promise."

What do you do to relax?

When given a free day, I go to Pampanga to visit my dad or go to the salon. If I have time, yoga.

Anne Curtis is dared to do yoga at the Whisper Cottony Clean press launch.

What’s your beauty regimen? How about your diet and exercise routine?

Well, nothing (laughs). I make sure that I always take off my makeup before I go to sleep. ’Pag hindi na kailangang mag-makeup, hindi na ’ko nag-ma-makeup. And dieting? I go by the way of my jeans. Kung masikip na ’yong jeans ko, kailangan ko nang magpapayat. I [play badminton] and do yoga.


How do you feel about being the new endorser of Whisper, promoting their new product Whisper Cottony Clean?

More than anything I’m happy because it’s something that I use and trust even before I was chosen to be their ambassadress or endorser. ’Pag nakakakuha ako ng endorsement, I always make sure that it’s something I’m confident [that I can] promote and encourage others to use. Sobra akong natuwa. Finally! Kasi first time kong mag-endorse ng feminine napkin so happy ako that it was Whisper.

What are the five things you like about being a girl/woman?

We’re allowed to get away with buying as many shoes as we want. (laughs) We’re allowed to spend hours at the salon and bawal magalit. We can have as many colors of lipstick as we want. We don’t always have to carry the heavy things kasi out of politeness and being a gentleman, of course kung sino mang kasama mo will do that. More than being a girl, being a woman, I think it’s giving birth. That’s one of the things I’m excited to do. Of course not now, but in the future.

Anne Curtis Whisper Whispercottonyclean
Your Guide to Thriving in This Strange New World
Staying
In? What to watch, what to eat, and where to shop from home
OR
Heading
Out? What you need to know to stay safe when heading out