A Grammy for Charice Pempengco? Hitmaker David Foster thinks she'll win one in the future
Loading
Already a member? Log in
No account yet? Create Account
Spot.ph is your one-stop urban lifestyle guide to the best of Manila. 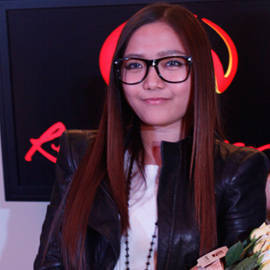 A Grammy for Charice Pempengco? Hitmaker David Foster thinks she’ll win one in the future

Charice talks about her Grammy wish, her second album, and more. 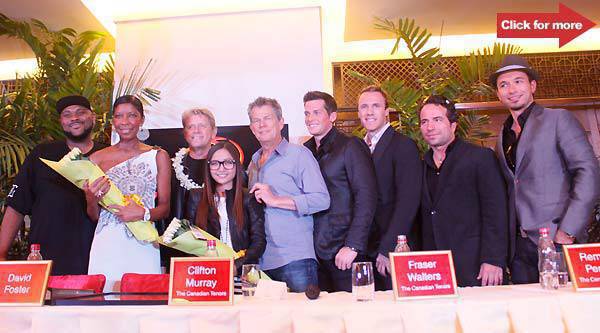 Eighteen-year-old Charice Pempengco has come a long way, observed her mentor, songwriter-producer David Foster. He said that the Pinay singing sensation has transformed from "a little girl to a woman." Foster, who has 15 Grammy Awards to his name, said, "When I first met her, she truly was a child. The other day when she walked into rehearsal, she kind of strutted onstage like Whitney Houston. She had an air about her of a star."

Since her international debut three years ago, Charice has made her mark in music. Her album went gold in Japan and she snagged a role in the hit TV series Glee. By now, she must be used to standing ovations. The petite diva is now back in the country for the Manila leg of the "Hitman: David Foster & Friends" concert, where she’ll share the spotlight with singers Natalie Cole, Peter Cetera, Ruben Studdard and the Canadian Tenors. A one-night-only affair, the concert will be held on October 23 at the Araneta Coliseum.

During the concert’s press conference at Resorts World Manila, Foster said, "Charice’ voice is getting better every single day. She’s a laser beam... I only know how to work with great singers, and Charice is in that category."

Charice could not stop thanking Foster. She told him, "The first time I met you, I was so scared. But for the past three years, I have felt that you’re really part of my family. Thank you for believing in my talent." She’s not the only one expressing her gratitude to Foster, who revealed, "For the past two years in Los Angeles, a Filipino has come up to me every single day and said, ’Thank you for Charice.’"

Charice’s fellow concert performers gave the 18-year-old singer some advice. Grammy-winning singer Cole encouraged her to write and "keep people who will always be around even if (she) never sings a single note again." Cetera, former Chicago frontman and now solo performer, kept it short and simple: "Show up, be on time, and stay in tune." American Idol winner Studdard told her to just be herself, while the Canadian Tenors asked her to "stay sweet."

What’s next for the "new Celine Dion"? She’s recording new songs for her second album that she will release "at the right time." She dreams of receiving a Grammy nomination. (Foster was quick to assure her that she will definitely win one in the future.) But before she goes on to the recording studio or maybe even to a certain red carpet awards show, there’s something she must do now: Take her concert crew to see "the real Manila." Foster said, "We’re here for three days. I’m in her ’hood now. Wherever she wants to take me, that’s where I’m going."

Charice Charicepempengco Davidfoster
Your Guide to Thriving in This Strange New World
Staying
In? What to watch, what to eat, and where to shop from home
OR
Heading
Out? What you need to know to stay safe when heading out