They're everywhere-on billboards, the boob tube, and the blogosphere. And they continue to hold the public's fascination. Here's why.

Beauty. Brains. Breeding. Bucks. Billboards. The 5 Bs sum up the new generation of media-savvy, super creative, multi-hyphenated trendsetters who dominate not just print and web, but are taking over TV screens and the slew of billboards scattered all over the metro. Whether they're playing DJ at a local hotspot, acting in an indie art film, or jetting off to an exotic European town for a just-for-fun photo shoot, It Girls possess a brand of je ne sais quoi that propel them to capture everyone's attention. 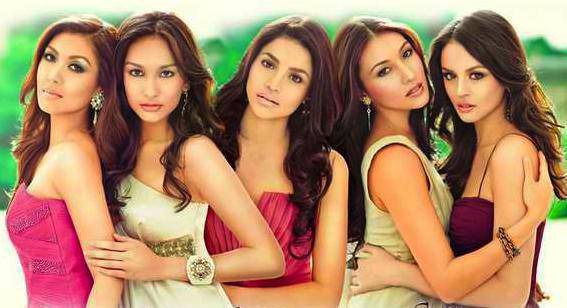 High profile party girls and society scions like YStyle editor Celine Lopez and real estate heiress Divine Lee headlined the scene in previous years, gracing fashion shows, magazine covers, and lifestyle pages; also acting as muses to up and coming photographers and fashion designers. These days, new generation It Girls have evolved into women with names that resound in both sosyal and showbiz circles, women who are self-aware enough to turn themselves into actual "brands," and who know how to tease their audience, leaving everyone wanting more, more, and more.

Not even out of college yet, Laureen Uy has taken a liking to fashion early on, following the footsteps of equally fashion-forward siblings Liz Uy and Vince Uy (Preview magazine's creative director). This University of Asia and the Pacific co-ed has built up her impressive portfolio by styling for several fashion rags, and eventually putting up her own online store, Stylebreak, which now has a beautifully designed showroom in Eastwood City. How this web-savvy fashion fiend divides her time between school, styling gigs, and keeping her fashion blog Break My Style consistently updated is a wonder-but it's probably her multi-tasking skills and talent for putting together experimental and eclectic looks that has gotten her so far in fashion, in such a short span of time. Her style outlook is a breath of fresh air, and her passion for what she does can only promise even better things to come from this talented twenty-something. 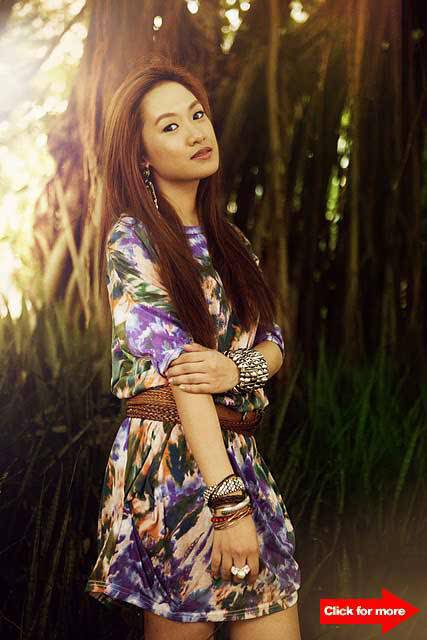 Although it's virtually impossible to mention Isabelle Daza without mentioning her iconic mom (1969 Miss Universe Gloria Diaz) and her equally stunning cousin (Georgina Wilson), she has certainly broken out of that mold and proven her worth as one of today's most well-known It Girls. With billboards for clothing brand Human launching her into the public eye, this DLSU early childhood education grad is known in fashion for her too-cool-to-care style that perfectly encapsulates her love for rock festival Coachella and her free-spirited sports-loving lifestyle (she plays football, basketball, and tennis). Though spotted in the hottest clubs in the sexiest threads with fellow party-going It Girls, Isabelle is also often seen in comfy kicks, messy ponytails, and a clean, fresh face-something that adds to her gorgeous girl-next-door allure. 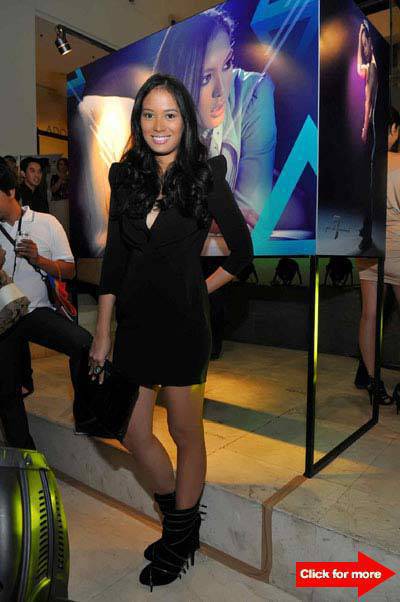 Famously unconventional and absolutely talented, Sarah Gaugler rocks the fashion scene with her hardcore style that garnered her a huge Globe Tattoo endorsement (check out her billboards for both Globe and Silverworks-you won't miss them). Sarah stays creative by exposing herself to the arts in pretty much all aspects. Aside from playing up her rock chic style, she's also lead vocalist of Turbo Goth, a model, and an illustrator and designer who graduated with a degree in Fine Arts. Sarah fuels her passion for ink and illustration by running her own tattoo service-with so many people looking up to Sarah, there's no doubt that people are lined up to have themselves inked by this uber-talented It Girl. 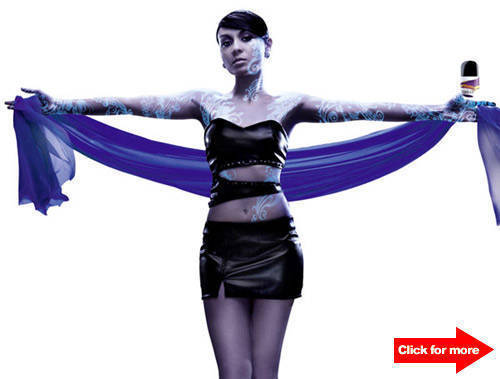 Japan-obsessed Tricia Gosingtian dabbled in fashion by getting occasional modeling gigs, and mostly by snapping shots of her friends from school. In 2007, she began shooting for a teen magazine and has since skyrocketed to fame, even putting together a "dark fairytale" themed editorial for Preview's 150th issue. Aside from Tricia's burgeoning career in photography, the Ateneo graduate is also known around the world for being one of Lookbook.nu's top 10 fashion inspirations, a top blogger on Tumblr, and a "style icon" on Chictopia. Endorsements follow Tricia wherever she goes-most recently, she has become an official brand ambassador for Forever21, and has worked with Bayo and Heima as well. Her biggest success, however, was being picked as one of Tumblr's chosen 24 bloggers (and the only one from Asia) sent to cover New York Fashion Week. 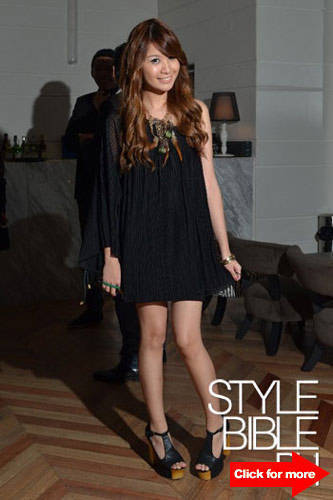 Part of the famous Magalona brood with late dad Francis, mom Pia, and siblings Maxene, and Elmo, Saab has a lot to live up to. Luckily, performing as a host, singer, actress, and model comes naturally to this young artist. A frequent blogger (www.isabellamagalona.com) and Twitter fiend, Saab goes from writing about her TV projects, posts artfully shot photos of her and her friends, writes about her family, and in between, shows her readers her quirky, kooky view of the world that endears her to pretty much everyone-showbiz fans, fashionable girls looking for an accessible icon to model, and fun, creative hipsters from the indie persuasion. 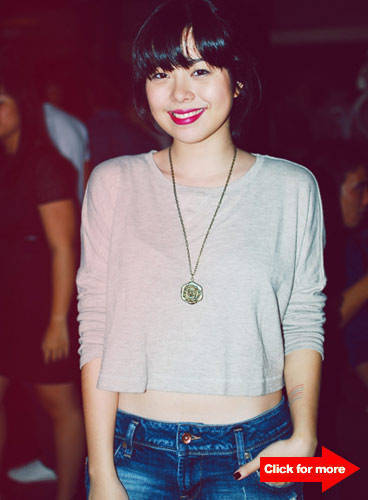 When Anne Curtis made her debut as a princess in Magic Kingdom, no one knew that the 12-year old would become one of Philippine show business biggest stars. Host, VJ, actress, model, and one of the metro's biggest endorsers to date, Anne is queen of the billboards battle, reigning over other It Girls and actresses with ads for SMDC, Bench, L’Oreal, Belo, Folded & Hung, Freeway, and a host of other brands. Always dolled up, ready to party, and eager to mix high-low fashion, this charmer reels in the guys with her winning smile, easygoing attitude, and star quality. 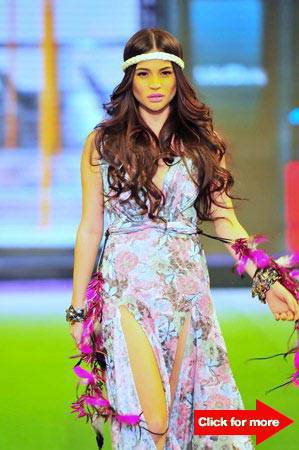 Just utter the word "Cosplay" and practically everyone will mention Alodia Gosiengfiao's name. An icon in the anime-loving, Japanese-obsessed subculture of cosplayers that are taking over Manila's otakus, she rose to fame in 2003, when she won the C3 convention as Gun Magge Rikku of FFX-2. A mainstay in competitions here and abroad, Alodia's flair for recreating out-of-this-world costumes and mimicking characters to a tee has earned her a place as one of FHM Philippines' 100 Sexiest Women in the World. Cosplayers have much to look forward to as Alodia slowly enters the mainstream-she now hosts comedy show Laugh Out Loud with Luis Manzano. 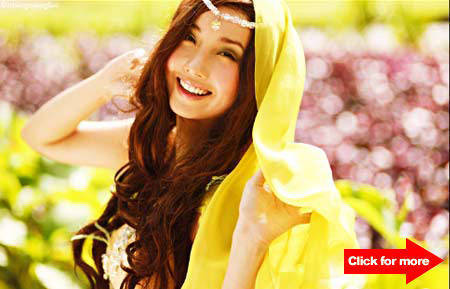 Former behind-the-scenes style savant Liz Uy spent years dressing up the models and actresses that grace Preview's fashion pages. Her relationship with heartthrob John Lloyd Cruz, however, propelled her to instant stardom, making her the subject of many Sunday talk shows, gossip rags, and web forums. Though she's no longer with JLC, her fandom continues to grow-her followers have become increasingly interested in her every move. Rumored to have dated P-Noy, she was touted by Chuvaness.com as a potential candidate for one of the world's chic-est first ladies. Liz's appeal has garnered her a cover for Preview magazine's January-February 2011 issue, bringing the girl behind the cameras right up to the frontlines. Gossip and fan-following aside, what keeps Liz on top is her unparalleled eye for fashion and a knack for being en pointe in all things style. 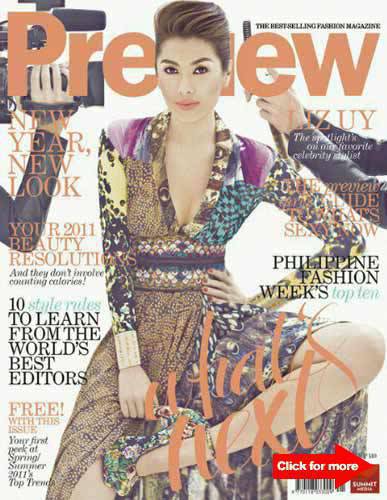 This self-proclaimed "ex-chubby" girl has blossomed into one of the most beloved media darlings of the fashion world, with the occasional crossover to showbiz via that huge Bench billboard with Willy Revillame, an ex-boyfriend in GMA-7 star Richard Gutierrez, a cameo in Christian Bautista's music video for the aptly titled remake of "Beautiful Girl," and a stint as a judge on noontime show, Showtime. This accounting and economics graduate from the University of Sydney dominates fashion magazine covers, catwalks, as well as the party circuit-making the rounds with equally gorgeous beau, Borgy Manotoc. Always in a masterful mix of high and low fashion (she has a penchant for melding designer bags and Louboutins with Bangkok buys and American Apparel threads), Georgina gets her gorgeous genes from a family of famous beauties, including 1969 Miss Universe, Gloria Diaz.

You don't get any more Euro than French-Filipina multi-hyphenate, Solenn Heussaff. Recently launched into showbiz fame by (almost) winning GMA 7's Survivor Philippines. A former Candy magazine cover girl, this stunning model keeps herself busy booking jobs as a VJ, host, and actress (paired off with Richard Gutierrez in the recent February offering, My Valentine Girls). Typically showbiz? Sure. But Solenn's allure comes from her seemingly infinite well of talent that goes beyond good looks and acting chops. Looking for substance? This artiste has studied fashion design in Paris, earned enough training in makeup, body painting and prosthetics to call herself a professional make-up artist, is a painter set to hold her first exhibit this year, and has recently signed a recording deal that promises to showcase her high brow, jazzy, soulful crooning. In the meantime, fans fascinated by this siren can catch her on Party Pilipinas, Captain Barbell and Fashbook. 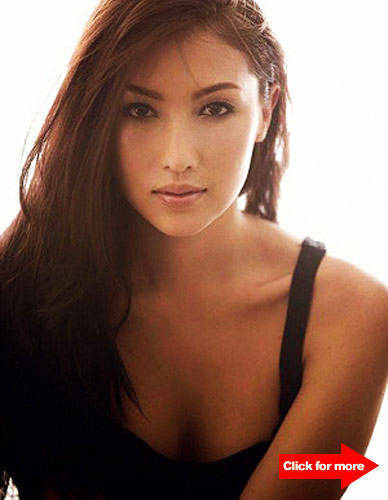