Indie Music Act Toi Celebrates 4th Anniversary with Mini-Concert on March 18
Loading
Already a member? Log in
No account yet? Create Account
Spot.ph is your one-stop urban lifestyle guide to the best of Manila. 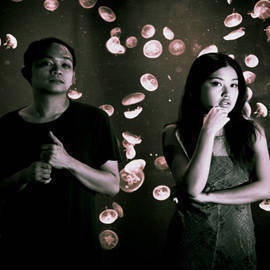 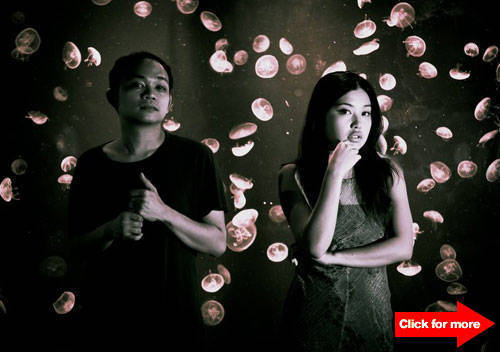 It's hard to describe Toi's music. When vocalist Pauline Diaz and guitarist-slash-music producer Pat Tirano started out, their repertoire included mostly blues-inspired tunes. After four years, Toi's music continues to evolve. These days, the pair has been experimenting and creating a new sound still stamped with distinct vocals Diaz is known for.

SPOT.ph sat down with this under-the-radar duo who is celebrating four years of music with a mini-concert titled Emergency on March 18 at The Atrium of Enderun College, Bonifacio Global City, Taguig.

How did Toi come about?

The band was formed by our manager, Mei Tayengco. She set up a little experiment between Pat, a record producer and Pauline, who already had a roster of lyrics in her notebook. The first jam took place at an old apartment and was recorded using a laptop microphone. It was a shitty recording, but that's when we figured that doing live recordings was more our thing than recording the tracks separately, in a studio. As a result we produced the raw sound of Toi. Live recordings have more memorable details than excessively polished tracks that are done by most musicians in the studio.

You've been together for four years, how has the band evolved?

We still do live recordings but we've learned to incorporate a wealth of others elements to fuse with the current sound. Until now the results still surprise us and keep us on our toes. Working with a lot of people in the past years has helped us a lot in sculpting our sound. We started with blues and hints of jazz, leading to trip hop and heavy dance beats. Overall, we like working with the constant beat of the heart, about 75 BPM (beats per minute) and we've generally stuck to that down tempo.

How would you describe your music to people who aren't familiar with Toi?

It's picture music. We often just say it's a weird fusion.

Where do you get inspiration to write music?

Travel, pictures, the Internet, news, and other worldly devices which form the Earth.

We actually don't know. Everyone in this industry strives to stand out and we support that. But the difference we can offer is the perspective and the story that we are trying to tell through our music. I guess people should listen more to know that there are a lot of inspiring and diverse musical acts out there.

How do you feel that people have greatly accepted your music?

We're very thankful that there are people who are listening. Being indie will never hinder you from making a great record.

Any plans to sign under a major record label?

Yes and no. There are no plans for anything at the moment except to constantly make music. If any of the songs go mainstream we wouldn't really know until it hits us.

What's next in line for Toi?

We're currently exploring the magic of touring, traveling is pretty essential to us, so going to different places to share our music is a pretty big leap.

Photos by Niña Sandejas courtesy of Toi, from Facebook and Toi Kingdom.

Toi Toiemergency Toiemergencyletthemusicgrow Toifourthyearanniversary Pauline Diaz Pattirano
Your Guide to Thriving in This Strange New World
Staying
In? What to watch, what to eat, and where to shop from home
OR
Heading
Out? What you need to know to stay safe when heading out