Marian Rivera, Lovi Poe, Solenn Heussaff + more stars at the Temptation Island premieres
Loading
Already a member? Log in
No account yet? Create Account
Spot.ph is your one-stop urban lifestyle guide to the best of Manila. 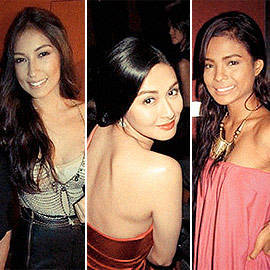 The vibe at the <em>Temptation Island</em> premieres was as sexy as the film itself. 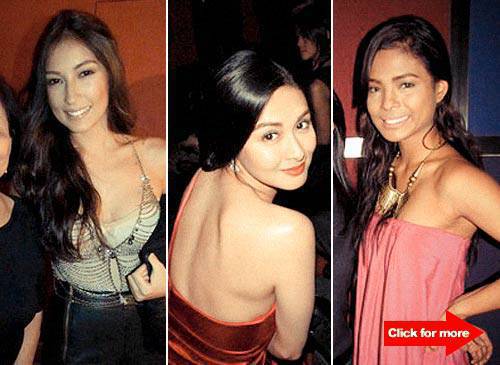 The girls of Temptation Island and more. Click for more.

Fans of the original Joey Gosiengfiao 80s cult classic flocked to two premieres of the Temptation Island remake-one on Sunday, July 3, at SM Megamall Cinema 9 and another VIP screening on Monday, July 4, at the Newport Cinema in Resorts World. Directed by Chris Martinez, this campier version stars "It" girls Heart Evangelista, Marian Rivera, Lovi Poe, and Solenn Heussaff as four beauty pageant finalists who found themselves stranded in a desert island with only the clothes-rather, gowns-on their back.

The Megamall cinema was packed with fans, press, and actors, including members of the movie’s star-studded cast: Solenn Heussaff, Marian Rivera, Lovi Poe, John Lapus, Rufa Mae Quinto, Tom Rodriguez and model-turned-actor Mikael Daez. In an interview with PEP.ph during the premiere, Daez admitted he found it a bit embarrassing to see himself on the big screen but said he’s grateful for the opportunity nonetheless. "I think Direk (Chris) really did a good job... Happy lang ako na I got to work on my first movie." Noticeably absent though were Heart Evangelista and her reel lover, Aljur Abrenica.

Temptation Island Premiere Marianrivera
Your Guide to Thriving in This Strange New World
Staying
In? What to watch, what to eat, and where to shop from home
OR
Heading
Out? What you need to know to stay safe when heading out