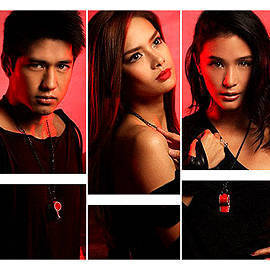 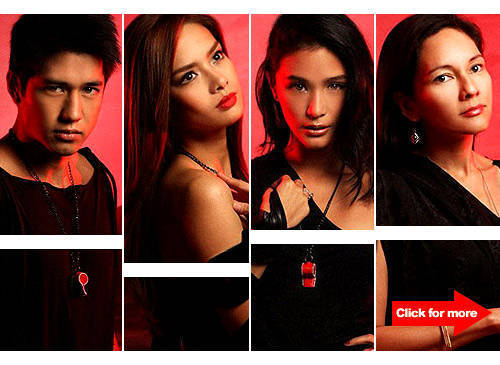 See more celebs who are pushing for HIV and AIDS awareness. Click for more.

(SPOT.ph) Project Headshot Clinic, the country’s biggest photo project and pioneer of online social media marketing and advertising through the use of themed profile photos, is back with another hard-hitting campaign titled COMMIT in time for World AIDS Day.

COMMIT gathers advocates of HIV and AIDS awareness in a "prevention revolution." Project Headshot Clinic main man and top photographer Niccolo Cosme aims to combine this campaign with another movement called The Red Whistle Army, which uses the red whistle a symbol to stop the spread of HIV.

In COMMIT, each shot shows a frame within a frame. According to Cosme, he "wants people to see that behind each framed head shot is a bigger picture, a bigger scenario...a bigger challenge." The project is in line with the World AIDS Campaign 2011 themed "Getting to Zero," which means "zero new HIV infections, zero discrimination, and zero AIDS-related deaths."

According to Akbayan representative and Reproductive Health Bill advocate Risa Hontiveros-Baraquel, the challenge for the country is "to talk about HIV, to raise awareness, and, eventually, to raise a responsible generation of Filipinos."

More than 280 headshots of members of The Red Whistle Army will be unveiled online this midnight in commemoration of World AIDS Day. There will also be a public exhibit of about 30 headshots on December 5, 6 p.m. at Greenbelt 5 in Makati City.

Photos by Niccolo Cosme, makeup by Carmel Villionco and Ian of the Make Up Forum, and styling by Myrrh Lao To

Project Headshot Clinic Niccolocosme Worldaidsday2011 Advocacy Aidspreventionadvocacy Aljurabrenica Erichgonzales Carlosceldran
Your Guide to Thriving in This Strange New World
Staying
In? What to watch, what to eat, and where to shop from home
OR
Heading
Out? What you need to know to stay safe when heading out