KC Concepcion, Heart Evangelista, Karylle, Christian Bautista + more at the 2012 MYX Music Awards
Loading
Already a member? Log in
No account yet? Create Account
Spot.ph is your one-stop urban lifestyle guide to the best of Manila. 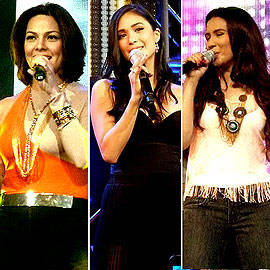 Which Pinoy acts proved to be the hottest last year? 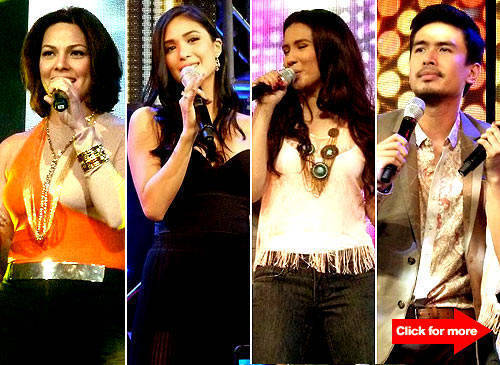 Who else attended the MYX Music Awards this year? Click for more.

Zia Quizon, daughter of Comedy King Dolphy and Divine Diva Zsazsa Padilla, was also declared Favorite New Artist, while maestro Ryan Cayabyab was honored with the esteemed MYX Magna Award, a citation given to a music icon who has greatly contributed to the industry.

The retro-themed awards night was extra-special because it paid tribute to the Golden Age of OPM-the 70's. In an interview with the Philippine Star, MYX channel head Andre Allan Alvarez said that he wanted to continue the channel's practice of supporting Pinoy originals. The theme was inspired by the reemergence of fresh OPM acts and original compositions last year.

Favorite Media Soundtrack:
"Fallin'" by Sarah Geronimo in Catch Me I'm In Love

Myx Music Awards Myxawards2012 Ryancayabyab Parokyaniedgar Ziaquizon Musicawards Opm
Your Guide to Thriving in This Strange New World
Staying
In? What to watch, what to eat, and where to shop from home
OR
Heading
Out? What you need to know to stay safe when heading out