My Manila: Francis Brew, Marc Abaya and The Zombettes on their favorite places in the city
Loading
Already a member? Log in
No account yet? Create Account
Spot.ph is your one-stop urban lifestyle guide to the best of Manila. 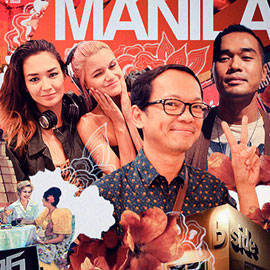 My Manila: Francis Brew, Marc Abaya and The Zombettes on their favorite places in the city

Francis Brew, Marc Abaya, and the Zombettes tell us about the best places to have a gig! 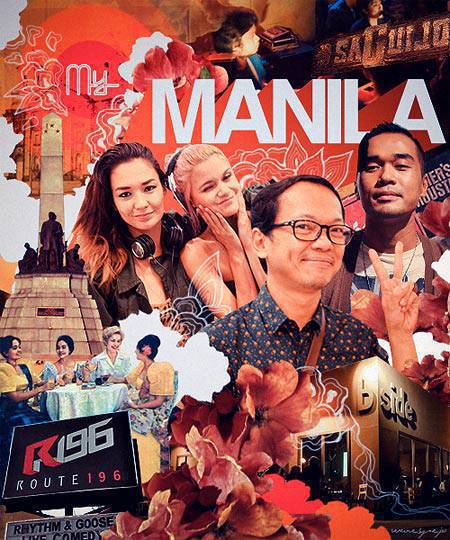 (SPOT.ph)
Unlike most fashion store openings, the launch of Ben Sherman in Robinsons Magnolia was a bit different. For one, the guest list included rock stars. Including Ely Buendia, who performed a set with Oktaves bandmate and The Jerks founder Nitoy Adriano. 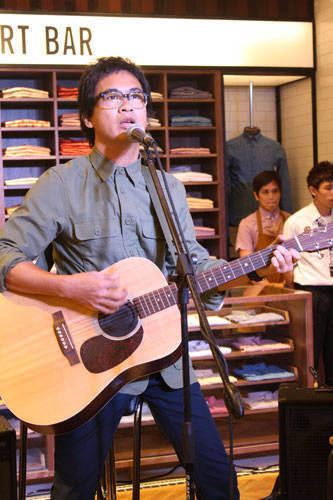 The pair even managed to sneak in a cover of the Rolling Stones' "Ruby Tuesday," plus a bluesy rendition of "Huling El Bimbo." Unfortunately, the famously media-shy Buendia hightailed it out of the event right after the performance, but we did manage to ask these other rock stars about the best places to perform in as they checked out the snazzy shirts of the high-street fashion store. 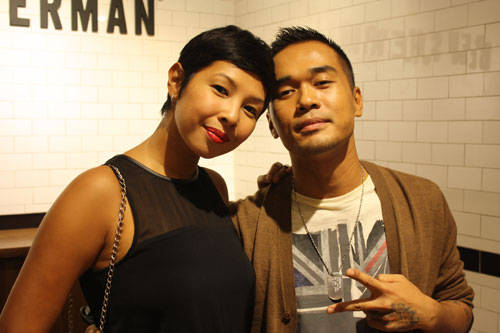 "Well, I know there are bars sprouting here and there. Right now, the staple is Saguijo. They have different genres of music: they have alternative, they have metal-my brother, who's in a metal band, is going to play there-they even have folk and everything. Oh yeah, and there's Alphonse, the new bar of Rico Blanco. They have mga 90s gigs. Surprisingly, we played at 70s Bistro a couple of weeks back. They refurbished the place. It's nothing like it was. There's a new place we played in, a bar called Purgatory, which is near Pasay Road. Really cool place with red lights, like something out of Constantine.

"All the places with bad reputations to play in are gone. My favorite place to play was Mayric's. I mean, you had cockroaches in the amplifiers, but that's where I grew up, with Sandwich. Gone are the days." 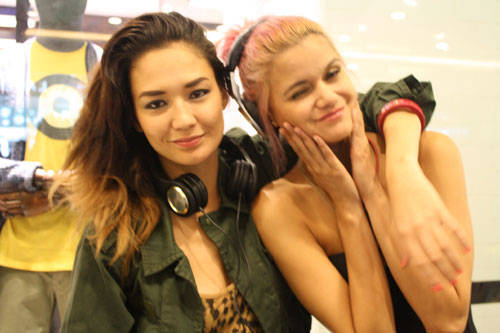 Ornussa: Does it have to be in Manila?

Ornussa: People [there] are more open to going crazy and listening to different things. They're just wilder.

Ornussa: We can feel the excitement when we play in the province. Manila likes their Top 40. We have nothing against Top 40, but the reason we formed the Zombettes was to share new music with everybody. 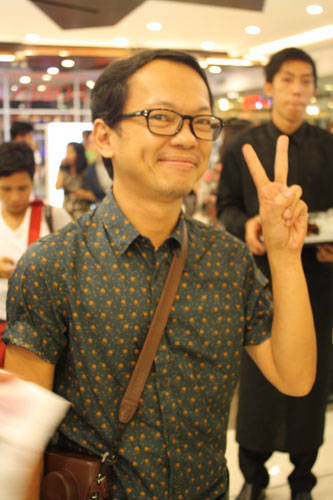 "Because the owner is right next to me, I would have to say B-Side. (Laughs) There's also Saguijo. I really like Route 196. It's small, it can get really really loud, but I guess the size of the venue allows the performers to go full-on 200 decibels-which I don't recommend, by the way-or you can have a quiet set there, kasi very comfortable yung lugar. The acoustics are decent.

"For all its grunginess, Mayric's is missed. As usual naman with all the places here, there are some complaints about the acoustics of the place or whatever, and then when they're gone, you're like, 'Oh shit! One less place to play in!’

"19 East in Sucat is also really good. For me, it represents how things should be done: great equipment, masarap ang pagkain, great acoustics, the people behind it know music so alam nila kung ano ang magandang tunog, which ultimately makes the musicians play better. And when the musicians play better, the customers feel better. 19 East for me is currently the bar. The standard, I mean."