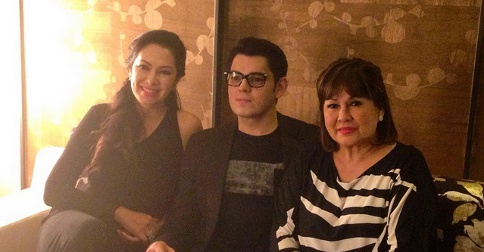 On the Spot: Ruffa Gutierrez, Annabelle Rama, and Richard Gutierrez

The family chats with us on Season 3, their family drama, and more.

(SPOT.ph) They're back and they're bringing a lot of drama with them! The fun yet controversial Gutierrez family is returning to your TV with the third season of It Takes Gutz to be a Gutierrez. We sat down with three members of the family, Ruffa Gutierrez, Annabelle Rama, and Richard Gutierrez, to talk about the new season, Ruffa and Anabelle's reconciliation, and...Raymond's alcohol problem?

What can fans expect from the third season?

Richard: For me, it's going to be the best season yet. We're more comfortable now doing a reality show; the cameras are there, we're more open. I think we really delved into our stories...

Ruffa: I think this season is more exciting because we're more comfortable with each other and for the cameras. Season 1, nangangapa pa kami. You can still see the lights and the wiring. I think for now, in terms of production, it's much glossier. It really looks like an E! Hollywood show, because you can see the glossiness of the production. And each season, we have a new director so it brings something new to the table.

You guys travel a lot. Did you travel anywhere for this new season?

Annabelle: We went to Bali, Indonesia.

Richard: We went to Malaysia also.

Richard: We went to L.A. and Vegas. We visited the E! Studios in L.A. and we had an interview with... 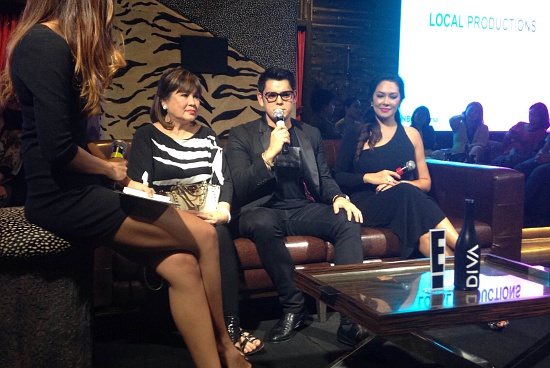 How much has changed for you and your family since Season 1? Are you used to all the cameras now?

Ruffa: I think we're more well-known in Asia. Everywhere we go, people know us and they're not Filipinos. I have fans coming up and they're like, "Oh, can we have a photo?" and they're from Thailand or Indonesia or Malaysia. So it's just great how so many people watch our show. Even like, sosyal people or husbands of my sosyal friends. We've received a lot of offers, as well. It's opened a lot of opportunities for us around Asia, so hopefully, tuloy-tuloy. We're still babies when it comes to our counterparts in the States because we're only in Season 3.

What's one thing you learned about each other doing the show?

Ruffa: It's hard to be together. [laughs] There's always something happening.

Richard: I think the show really made us more open with each other.

Richard: Before the show, I didn't want to be part of it. So now, I'm more open about my life. I think it brought the family to more of an understanding about each other. Even when we watch the solo interviews of each other. We learn a lot about each other through the show.

Ruffa: It's really not easy to gather the whole family. Some are reluctant stars. Sometimes, we get mixed signals. It's like, "Do you want to be on the show or not?" Because you have to be professional. If you don't want to be on the show, we'll just remove you completely. It's a reality show about our family but at the end of the day, it's also a business. You have to show up. 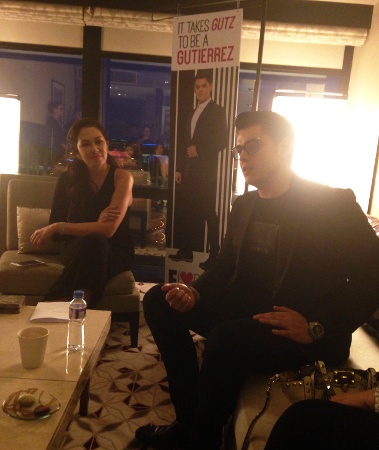 What holds the Gutierrez family together?

Annabelle: Siguro dahil sa akin. [laughs] Ako kasi, every day I have to call them and check their schedules.

Ruffa: Mom, you haven't called me in two months.

Would you say the marriage of Elvis and Alexa [Uichico] started your reconciliation?

Ruffa: 'Yong anggulo nga, pangit. Sabi ko, "Direk, make sure I look skinny in the bati-batian." Diba, kapag pelikula, naaalagaan lahat ng anggulo. [Kapag] reality show, oh my God, I look so fat. So when we watch the show, everyone has a complaint. Sarah's like, "I have a pimple" and Mond's like, "I have a double chin." That's the beauty of it, seeing it in the raw and there's no take two or three. We actually hired new cameramen, kasi they were all so short. Lahat ng anggulo, [galing sa] baba! [laughs]

Richard: We found them naman.

Are you aware of what comes out in the final product?

Richard: We just see it all in the final edit.

How do you react when you see each other's solo interviews, and maybe one of you said something that wasn't so nice?

Any upcoming movies or projects?

Richard: We're working on the script for a movie. I have a TV show on TV 5 right now, it aired last Saturday, actually.

Ruffa: I have so many businesses I'm focusing on outside of showbusiness. But with showbiz, I have Misterless Misis. It's gonna launch...it's a comedy show that's sort of like Gossip Girl-slash-Desperate Housewives-slash-Sex and the City. Ang dami, 'no? [laughs] It's with Lorna Tolentino, Mitch Valdez, Gelli de Belen. So it's gonna be 13 episodes sa TV 5 and it's gonna launch a day before our show. July 26. And I'm going to come up with my own book, which will be soon. It's still too early to talk about but we're in the process of doing it now.

Annabelle Rama It Takes Gutz To Be A Gutierrez On The Spot Richard Gutierrez Ruffa Gutierrez
Your Guide to Thriving in This Strange New World
Staying
In? What to watch, what to eat, and where to shop from home
OR
Heading
Out? What you need to know to stay safe when heading out