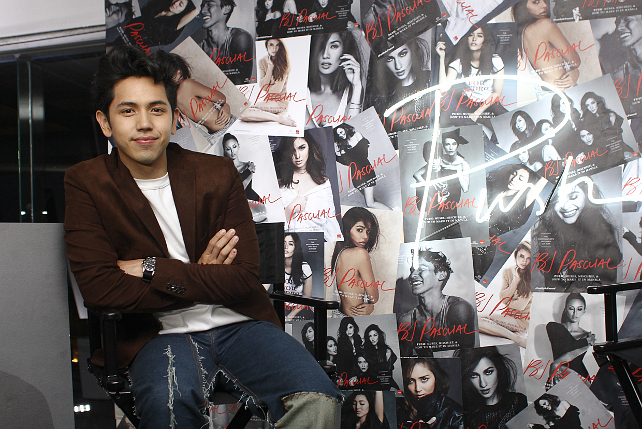 The fashion photographer dishes on creativity, his most memorable shoot, and more. 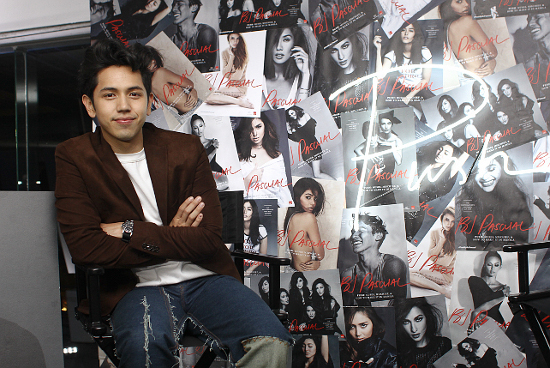 (SPOT.ph) You might not realize it, but you've definitely seen the work of fashion photographer BJ Pascual around the Metro. Remember Anne Curtis' concert posters with the big, red apple? Or the infamous "Celebrate Love" Bench billboard that launched a #painttheirhandsback hashtag after it was met with controversy? Yep, those were his.

But he's not just about billboards! At 27 years old, BJ's work has appeared in dozens of fashion magazines and lifestyle publications—many of which you'll find in his new book, Push: Muses, Mischief & How to Make It in Manila. The book traces his journey from his childhood to his career of shooting many of your favorite celebrities, including Nadine Lustre, Liza Soberano, Kathryn Bernardo, Georgina Wilson, Janine Gutierrez, and more.

We dropped by BJ's book launch on November 25, where he and editor-slash-writer Raymond Ang talked about fashion, celebrity muses, the setbacks of youth, and more. 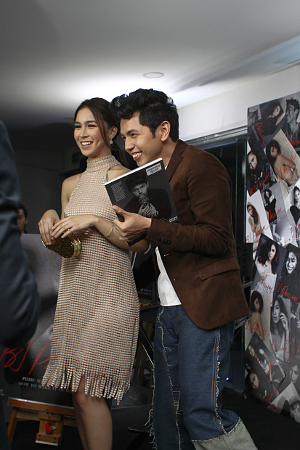 What's your most memorable shoot?

What were the challenges that you initially faced when you entered the industry at such a young age?

BJ: I think the challenge in the beginning was that whenever people would see me, especially back then—I was really skinny—so they would always think that I was the assistant, not the photographer. When I would shoot, they would say, "Siya ba talaga 'yon?" One of my first major shoots was a Metro shoot...it was all [celebrity] girls. Whenever I shoot, kailangan by group sila, hindi lahat because I have to make sure everyone looks good, everyone has great lighting. I guess hindi sanay 'yong mga tao na it took so much time. Naiinip sila and they'd say, "Sino ba 'yan? Bakit ang tagal? Parang hindi marunong." I guess 'yong mga ganoong experiences, I just try to prove them wrong and give them a great output.

Raymond: We both started at around 21 or 22 [years old]. There's really that skeptic look from people, like "Why are you here?" No one really owes you anything. We have this phrase...

Raymond: 'Yon. No one really owes you their love or their approval, so you have to prove your worth. 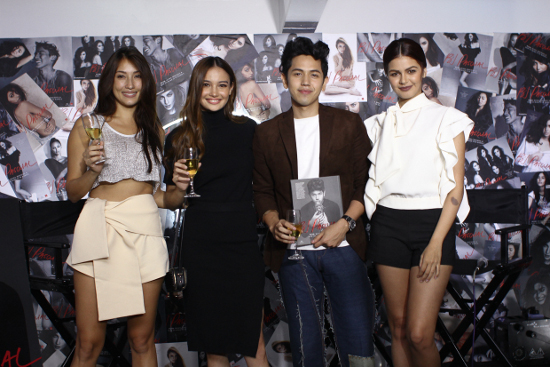 Which [of the celebrities you've shot] was the easiest girl to shoot?

BJ: All of the girls are different. Some girls are easier to shoot in one way, some girls in another. I think it's obvious that I really like shooting a girl when napakaraming shoots ko na lumalabas with them. All the muses in my book...they're my favorite girls.

Raymond: And they're all very different. Some of them are models, others are artistas...

BJ: Iba-iba. I don't think it's just one thing. It's really the connection, especially during the first shoot when you like someone.

How is it different shooting men from women?

BJ: It's surprisingly harder for me to shoot men, kaya every one of my muses is a girl...except for Enchong [Dee]. I just really like [shooting] girls more. I think the challenge with shooting men is trying to make the shots more interesting. It's really the same range of poses, dapat not too feminine...

Raymond: And they're more guarded.

BJ: Yes, and there's hair and makeup to consider, too. 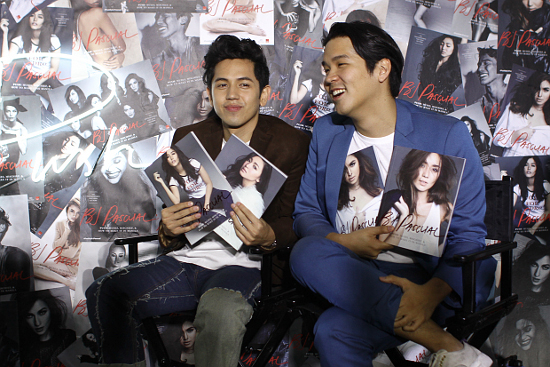 You've done and achieved so much in such a short amount of time. What fuels your creativity after all these years?

Raymond: You can't just be inspired by fashion or magazines...

BJ: Yeah, parang ngayon...I want to study art history, so it's really everything. It's art, culture, so many things.

You didn't really start your career as a photographer, and you dabbled in a lot of things before getting there. What pushed you to make that change?

BJ: Photography was really my interest, even back in high school, but I never considered it as a career. I was from Cavite then I went to Manila for college, and there were so many new things I wanted to try. I dabbled into graphic design, styling...ganyan. I think there was just this one point where I thought, "If you really want to be great, I think you have to be great in just one thing, and not just 'okay' in many things." So I just went back to my first love...photography. 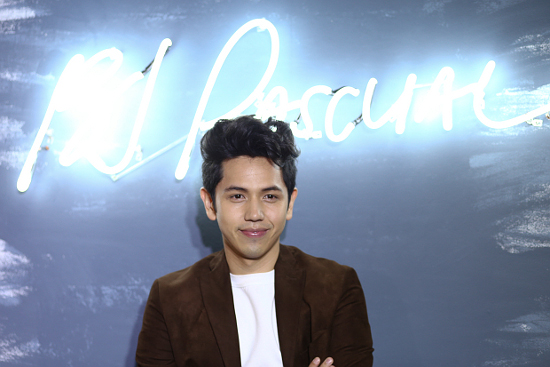 Any piece of advice for aspiring photographers who want to enter the industry?

Raymond: It's such a cliched thing to say, but a lot of people enter this industry thinking it's really glamorous and it's super fun every day. I mean, a part of it is fun—for example, this [book] launch is fun, but there was four months that we would really toil for the book. There are days that shoots would last from 9 a.m. to 2 a.m., and then the next day, there would be a shoot that would start at 8 a.m. That's not glamorous. We would love to sleep [laughs].

Raymond: If you want to be a photographer for the glamorous life, don't do it.

Push: Muses, Mischief & How to Make It in Manila is out in bookstores and newsstands for P395.

15 Minutes With Bj Pascual
Your Guide to Thriving in This Strange New World
Staying
In? What to watch, what to eat, and where to shop from home
OR
Heading
Out? What you need to know to stay safe when heading out