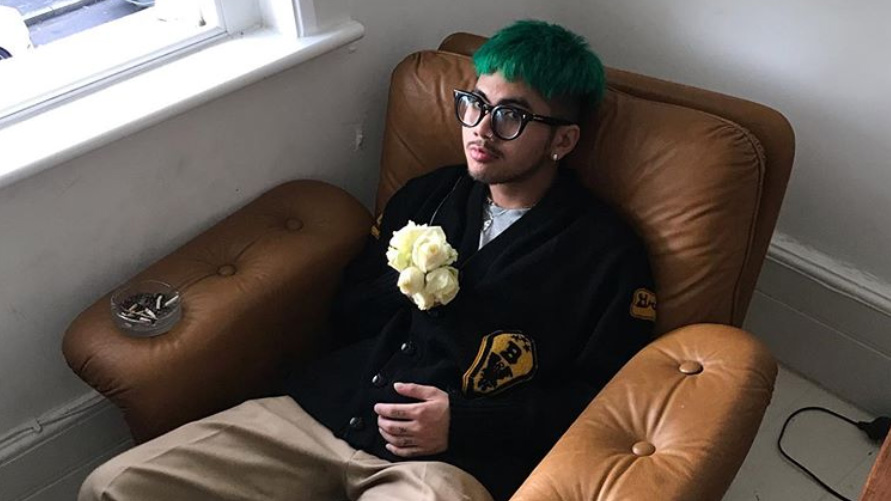 Here's Why No Rome Is a Name You'll Soon See Everywhere

The London-based Pinoy artist has been touring with The 1975.

(SPOT.ph) In the world of music, there are several ways to measure success—going viral, signing on to a label, or even getting noticed in the international music scene. As times change and lines blur, there's no longer one right way for an artist to clinch fame, influence, and success. Filipino artists have had their fair share of being noticed on international competition shows or by going viral and appearing on foreign TV programs, but rarely is a Filipino musician picked up by a famous label, plucked from his hometown, and planted in London to make songs and collaborate with The 1975. Rare, but it has happened, and London-based Pinoy artist No Rome is proof.

No Rome is the opening act for The 1975's Manila stop of their tour—no mean feat on its own, but No Rome is also opening for the band on all their other stops, too, performing for sold-out shows almost every night. The producer-performer is considered the muse of The 1975's vocalist Matty Healy, and has become a close friend and collaborator.

He works with the boys of The 1975, which he calls a "a nice creative space," but maintains that he makes "situational pop music," as he gets inspiration from everything, and it can hit at any time, so each song or track gets produced its own way, and there's no fixed process. He takes inspiration from shoegaze and R&B. Collaborating with the band is a learning experience for both parties as they both bring something different to the table, and influence each other's styles and processes. Aside from maturing as an artist, he still has his fair share of growing up, and living with a famous pop-rock band from the U.K. sounds glamorous, but they still have to deal with the dishes.

Co-existing aside, the band and No Rome work on music together, including the 2018 track "Narcissist," which they performed during the concert.

Most folks know him because of his association with the popular U.K. pop-rock band, and most have grown to like his music and point out his signature vibrant-colored hair every time he changes it, but before the the large crowds and global popularity, No Rome played his music to more intimate gatherings and gigs in the Philippines.

Guendoline Rome Viray Gomez, who goes by his stage name No Rome, grew up in Manila and was actively performing in bars and gig places around the Metro. One of his more popular collaborations is with electronic music producer BP Valenzuela and singer August Wahh on a track called "BBgirl." No Rome's music showed promise and Canadian producer Ryan Hemsworth took notice, and called him up to collaborate on "Seventeen" under his label Secret Songs.

In 2017, No Rome announced a despedida concert before leaving for London to sign on with a label. Dirty Hit label head Jamie Oborne posted No Rome on Instagram and some time later, Healy expressed his excitement of working with the Filipino artist.

Two years later, after settling down in London and even living with the band, a lot of things have changed for the local artist, but he says, "I'm still learning every night," as he watches the band go on tour. With his exposure and experience, it's easy to think that he'd be used to it now but that's not the case at all: "Of course, I still get nervous." And although he goes back to Manila from time to time, tonight's show is special. "My mom's here tonight," he says with a chuckle.

No Rome has peformed for Coachella, a feat some artists can only dream of, but despite the increasing number of fans and cementing his place in the global music scene, he still thinks of himself as a small town boy. With shy smiles and hunched shoulders, sinking into his seat as he answers questions, the charismatic performer on stage and in videos is more reserved in person. And as much as there's pressure on his shoulders to make music a certain way to please listeners, No Rome still wants to produce music his way.

Here's No Rome performing "Pink" from his 2019 extended play Crying In The Prettiest Places.

After the Manila stop of The 1975's tour, the plan for No Rome is to strike out on his own. Right now though, he's just focusing on having fun. Given his track record so far, and with music legends like NME already praising his work, all eyes are on No Rome's next step. We wouldn't be surprised if that next step eventually takes him to bigger, better places.