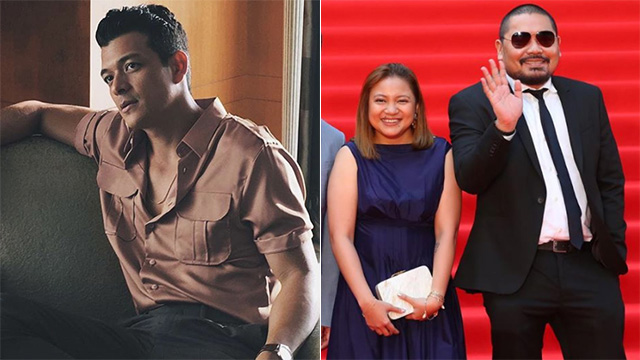 Here's Your Chance to Ask Jericho Rosales, Antoinette Jadaone, and Dan Villegas All About Filmmaking

(SPOT.ph) With the extra time you've got on your hands right now due to the enhanced community quarantine, it's a great time to brush up on old hobbies and interests that may have fallen by the wayside amidst your busy lifestyle. And if you've been curious at all about acting, directing, or anything related to making films, this online question-and-answer session would be perfect for you: Cinema '76 is holding a Filmmaking 101 Q&A on Facebook Live featuring actor Jericho Rosales as well as directors (and real life couple) Antoinette Jadaone and Dan Villegas and it's happening today, April 22 at 8 p.m—clear your schedules, cinephiles!

Now's your chance to ask these well-respected figures in film all about their experiences, techniques, rituals, and strategies when it comes to shooting movies. For those interested in acting, you can ask Rosales all about his methods and rehearsal tips. The actor has been active in the local entertainment industry since 1996 and has starred in several TV shows and films, his most recent flicks being 2018's The Girl in the Orange Dress and 2017's Siargao.

For those who'd want to know more about the work that goes on behind the camera, Jadaone and Villegas can share some wisdom. Besides just being film directors, the former is also a writer while the latter is also a cinematographer—and both are producers, which means they'll be able to tell you about several different facets of filmmaking. You may know Jadaone for directing films like That Thing Called Tadhana, Love You to the Stars and Back, and Never Not Love You, among others. Meanwhile, Villegas is the director behind movies like Exes Baggage, Luck at First Sight (starring Rosales!), All of You, and more. You can comment your questions for all three talk participants on Cinema '76's Facebook post.

This Q&A is the third installment of Cinema '76's #KwentuhanLang: Facebook Live Sessions in which they invite notable names from the local film industry to answer your questions and impart some wisdom about making movies. Previous names featured in the talk series include Mikhail Red, Maris Racal, Dimples Romana, and more. We're crossing our fingers they'll have even more exciting Q&A sessions ahead! Plus, this Facebook Live Series is made in partnership with Lockdown Cinema Club, an initiative that lets you donate to local independent filmmakers who may be struggling to find work in this pandemic. You can enjoy the Q&A session while also helping out and donating to up-and-coming filmmakers!

Cinema '76 Entertainment Jericho Rosales Dan Villegas Antoinette Jadaone Pinoy Films Lockdown Cinema Club Tpc-000001 Adventurer Savvy Seasoned
Your Guide to Thriving in This Strange New World
Staying
In? What to watch, what to eat, and where to shop from home
OR
Heading
Out? What you need to know to stay safe when heading out