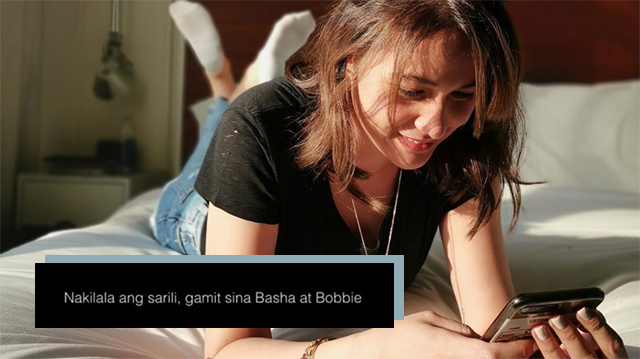 (SPOT.ph) Pretty much every notable name in the country (from musicians to actors to political figures) has publicly expressed disapproval and disappointment after the Philippines' largest media conglomerate ABS-CBN was forced to shut down on Tuesday, May 5, when the National Telecommunications Commission issued a cease-and-desist order against the network following the expiration of their legislative franchise on May 4. Celebrities from the entire industry, even Kapuso stars, continue to speak out on social media. The latest big name to do so is Kapamilya star Bea Alonzo. On May 6, a night after the network went off air, the actress posted a chilling, emotional letter in the form of an Instagram video on her IG account. "Para sa dalawang dekada (for two decades)," reads her caption, alluding to her long career working under ABS-CBN. The caption was followed by three heart emojis in the company's signature red, green, and blue colors.

The post features a plain black video with text at the bottom, subtitling Alonzo's voice as she narrates in a solemn tone. "Isang sulat para sa aking tahanan, (a letter for my home)" begins the video. She clarifies that this letter is neither a complaint nor a subliminal message of any kind, but instead an ode to the network in which she grew up. Alonzo has spent her entire career with ABS-CBN and she details how it helped shape her as a person. "Isa akong Kapamilya. Halos dalawang dekada, kayo ang kasama. Nakilala ang sarili gamit sina Basha at Bobbie, (I'm a Kapamilya artist. For nearly two decades, you've been with me. I've learned about myself through film characters like Basha and Bobbie)," she writes.

She recounts her dreams of joining the industry as a child and how ABS-CBN welcomed her and remained her constant through years of career highs and lows. She shares how working in the media and entertainment industry often means time away from family and hours upon hours of work, but it's an experience that those working in the network all share. In the end, she expresses her hope that the network will be able to overcome its current situation. "Hanggang sa muli, Kapamilya (Until next time, Kapamilya)," reads the last line of the letter.

Bea Alonzo Entertainment Savvy Adventurer Abs Cbn
Your Guide to Thriving in This Strange New World
Staying
In? What to watch, what to eat, and where to shop from home
OR
Heading
Out? What you need to know to stay safe when heading out