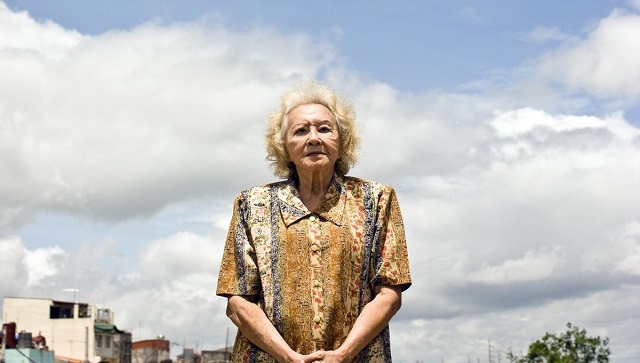 The Most Memorable Films of Screen Legend Anita Linda

Just a few picks from her list of 384 films.

(SPOT.ph) Almost every Filipino would recognize Anita Linda's face thanks to the huge impact she has made on our film industry—and her passing in the early morning of June 10 is likely to create a void. Her daughter, Francesca Lake-Legaspi, confirmed the news to ABS-CBN, saying that Linda died of a heart failure at their home in Parañaque. She was 95 years old.

Born Alice Buenaflor Lake on November 23, 1924, Linda began her film career with a debut in LVN Pictures' Tia Juana (1943). The screen legend is only a few years younger than Philippine Cinema itself, with the industry currently celebrating its hundredth year in existence. To celebrate her life and works, we put together some of the most memrable films she starred in. It's a very small collection compared to the 384 films she was part of throughout her long and colorful career.

These are some of Anita Linda's most memorable films:

The young Linda starred in this Gerardo de León film as Sisa, the tragic character from Jose Rizal's novel Noli Me Tangere. She won a Maria Clara Award—the first film industry award-giving body in the Philippines—for Best Actress thanks to this movie.

Linda worked with director Lino Brocka on several films, but her performance in this segment of the Tatlo, Dalawa, Isa movie is something else. In "Hellow, Soldier," she plays the poor mother of a child who was fathered by an American soldier. The soldier returns to pick up their daughter in a heartbreaking story. Linda's performance earned her a FAMAS Award for Best Supporting Actress.

In this multi-narrative film by Mario O'Hara, Linda takes on the role of Amapola, an aging actress hinged on her former glory. She was 74 years old when she won another FAMAS Award for Best Supporting Actress for her performance in this film—making her the oldest to receive the honor.

Linda brought more audiences to tears with her performance as Adela, a lonely lola. The barebones film follows her as she goes about her life on her 80th birthday, waiting for her children to come and celebrate with her.

An entry into the 2012 Cinemalaya festival, Linda starred alongside Coco Martin and Assunta de Rossi. She won another Best Supporting Actress award for this role.

Adventurer Savvy Seasoned Showbiz Anita Linda Nostalgia Philippine Cinema
Your Guide to Thriving in This Strange New World
Staying
In? What to watch, what to eat, and where to shop from home
OR
Heading
Out? What you need to know to stay safe when heading out