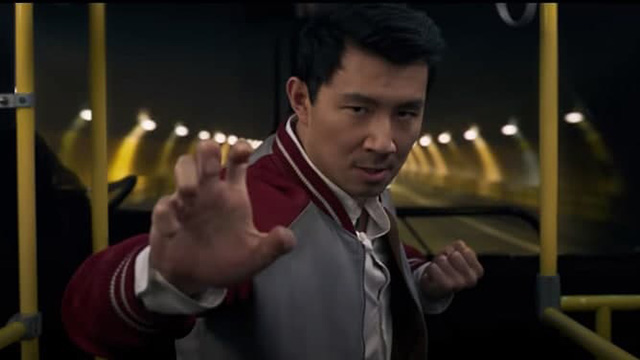 "Talk about impostor syndrome," he said about being the new kid in the MCU.

(SPOT.ph) Think “blockbuster” and you’re likely to picture one of Marvel’s movies from the past decade—the Marvel Cinematic Universe, after all, has produced some of the highest-grossing flicks in history. Avengers: Endgame surpassed Avatar in 2019, earning U.S. $2.79 billion at the box office. Naturally, the actors who star in the films are likewise catapulted to fame practically overnight, becoming instantly recognizable around the world, with or without their costumes on.

It’s that kind of worldwide stardom that’s about to become a reality for Simu Liu, but for the Canadian actor who took a chance on showbusiness after quitting a career in accounting—you might've seen him in the series Kim's Convenience—the nerves are very, very real. “Talk about impostor syndrome, which is, you know, the feeling that we all feel when we're in our job where we feel like, ‘Oh, my God, everyone else is so much more experienced than me. I'm the one guy that doesn't know what he's doing.’ So imagine that and then times like, 10,000,” he told SPOT.ph at an interview with APAC press, after we asked what it’s like to be the new kid in the Marvel family.

You’ve probably heard about the highly anticipated upcoming installment in the Marvel Cinematic Universe (MCU): Shang-Chi and the Legend of the Ten Rings is the first in the franchise to feature an Asian superhero, besides having a predominantly Asian cast that includes Liu in the title role, along with Awkwafina, Ronny Chieng, Michelle Yeoh, and Tony Leung. It’s being hailed as a step in the right direction for diversity in Hollywood, but beyond that it’s getting a lot of buzz for being a good movie—one that takes the ideas of complicated family dynamics and self-identity and mixes in humor and kickass action inspired by classic kung-fu films, thanks to director Destin Daniel Cretton.

Simu Liu was revealed as the actor who'd be playing Shang-Chi at the 2019 Comic Con.

“Imagine, you know, me being out in Comic Con and Hall H when I was first announced and being on stage with Angelina Jolie. And you know, Salma Hayek and Chris Hemsworth, so many iconic MCU actors. Meanwhile, I hadn't shot a single second of footage. So I was like, I do not deserve to be here. Well, you know, I’m really excited this time around, because we actually did shoot the movie, and we're ready to share it with the whole world. And so hopefully after that, I'll feel a little bit better. But until then, I still feel butterflies whenever I whenever I see them, because you know, it's just so incredible. I'm such a big fan,” Liu shared. Pretty cool to know that even superheroes on the cusp of superstardom can get butterflies, too.

Shang-Chi and the Legend of the Ten Rings will be released in theaters in the U.S. on September 3.

Marvel Mcu Marvel Comics Avengers Shang Chi Simu Liu Staying In Adventurer Savvy Seasoned
Your Guide to Thriving in This Strange New World
Staying
In? What to watch, what to eat, and where to shop from home
OR
Heading
Out? What you need to know to stay safe when heading out