South Korean Star Hwang In Youp Talks Growing Up in the PH
Loading
Already a member? Log in
No account yet? Create Account
Spot.ph is your one-stop urban lifestyle guide to the best of Manila. 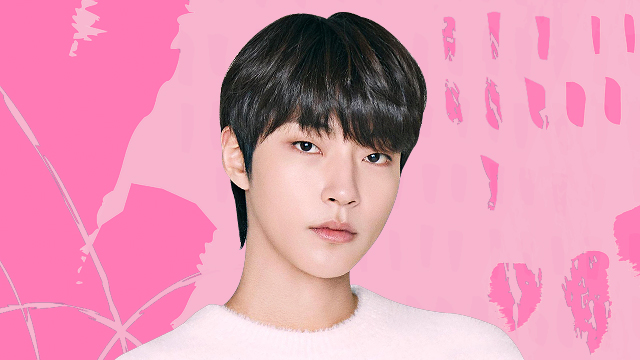 We talk to him about having grown up in the Philippines.

(SPOT.ph) If you're an avid K-Drama fan, chances are you already know who Hwang In Youp is. Although if you're not good at remembering names and can't quite put the name to a face in all dramas you've watched over the years—you'd probably remember him as the coldhearted, cat-like, bad boy (with a heart) and second lead of True Beauty. Yup, the one who got caught dancing and singing to Song Minho's (featuring Zico) "Okey Dokey" in only his leopard-printed boxers in the drama. Is that true? Yes! Mr. Okey dokey yo, indeed.

If that's still not enough, perhaps you've gritted your teeth watching him as the school bully Joo Ga-sung in 18 Again or made your heart flutter because of his charm as the wealthy yet shy role model student Na Il Deung in the Netflix series The Sound of Magic, which concluded fairly recently. Currently, he's starring in his first lead role in a television series in Why Her? as a university student named Gong Chan.

Hwang is in the country for his Philippine fan meeting through beauty brand BYS Cosmetics, which he had been the face of since last year, in the New Frontier Theater held yesterday, June 19. We had the chance to get to know him just a little bit more hours before the said event—like his favorite Filipino food, places he wants to visit in the country, what he does in his free time, and more.

Fun facts from South Korean actor Hwang In Youp about his time in the Philippines:

He spent a good chunk of his educational career in Davao

ICYDK: Hwang lived in the Philippines, more specifically in Davao City, during his high school and college  years. He attended the Philippine Nikkei Jin Kai International School and holds is a Bachelor Fine Arts, Major in Fashion Design graduate from the Philippine Women's College. Despite not having seen each other for over 10 years, he still keeps in touch with his friends in the Philippines, he tells us. He went by the name Ryan Leon.

Having lived in the Philippines for a good amount of time, it's impossible not to have tried street food. Hwang is no exception. In fact, one of his favorites is kwek-kwek. Yup, those neon orange balls we buy almost every day outside the campus after school hours. Who knows: he might've been one of us who goes YOLO and "pfspsffspfpspfs" after we put it in our mouths, still piping hot. He remembers eating it on the street with his friends So maybe we're more alike than we think. He is also a big fan of pineapples and dried mangoes. He even had an English tutor who would make him mango float, a dessert he misses a lot.

And like most of the folks who have ever stepped foot on our shores, he mentioned missing having Jollibee and Chowking.

He's a big fan of our sunshine and rain

Everyone else in the country is absolutely done with the heat and humidity, but Hwang admits to actually loving that kind of weather. It was perfect for whenever he would take secret trips to Cebu and Boracay, two places he'd like to return to while in the country again, apart from Davao, of course. Plus, he shares that he had been to Baguio, too, when he was younger! Oh, what are the chances you might've crossed paths with him in the country before but never realized?