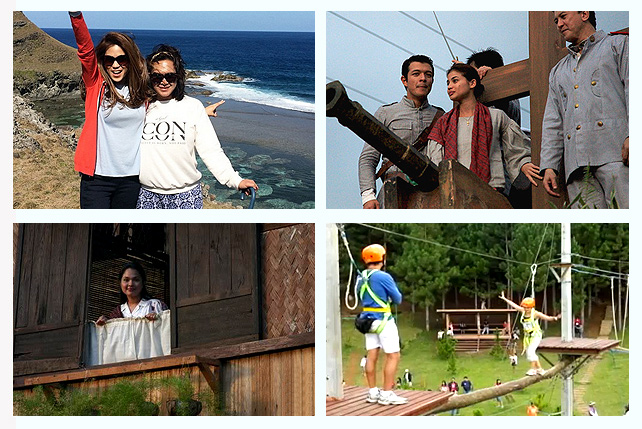 Around the Philippines in 10 Movies

Get your wanderlust going...right from the comfort of your couch. 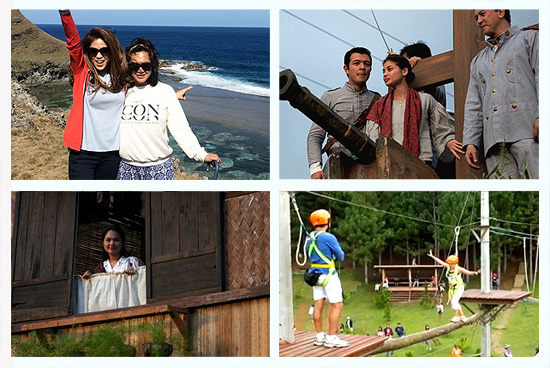 (SPOT.ph) It's the season for getting out, hitting the beach, and seeing the beauty of the world, but there's just one problem—you're stuck at home for the summer. Don't fret! These 10 Pinoy films showcase just some of the Philippines' most scenic locations, and you don't even have to spend a single peso to take a tour. Kind of like That Thing Called Tadhana, but we hear Sagada's sagad na.

Share your favorite scenic Pinoy movies in the comments section below!

To impress a Japanese client, an uppity boss named Georgina (Toni Gonzaga) and her humble assistant named Pong (Coco Martin) switch places. They end up taking a trip to breathtaking Batanes, which Pong aptly describes as, "Ang Batanes, ine-experience, hindi ginu-Google." Pong was right; the movie gave viewers a taste of what to experience in Batanes, including Tukon Church, the Chamantad-Tinyan Viewpoint in Sabtang Island, and the famous Honesty Store. By the way, the province boasts a zero crime rate. We're not kidding. (Let's hope it stays that way.)

Eugene (Sam Milby) and Raffy (KC Concepcion) are two strangers who meet on a trip. What follows is a series of adrenaline-fueled adventures with the two eventually falling in love. If you're a thrill-seeker, you'd probably want to book your next trip after watching this movie. Eugene and Raffy took on white water rafting in Cagayan de Oro, and tried the lengthy zipline at Dahilayan Adventure Park in Bukidnon.

Judy Ann Santos plays the titular character who, despite her age and beauty, has decided not to marry. She's torn between searching for her long-lost love or caring for a young boy named Digo who heavily relies on her. The sleepy town of Cuyo, Palawan comes alive in this movie, with scenes showing unique practices such as making cashew nut brittle, harvesting salt, and their annual festival. You can even catch a glimpse of the unfinished pier (where Ploning patiently waits for her love), and the gorgeous Intigban beach.

The historical Siege of Baler serves as the backdrop for the forbidden love between a mestizo soldier (Jericho Rosales) and a Filipino barrio lass (Anne Curtis). The town's rich and vibrant culture and history gave the period film an authentic feel, from the dense jungles to the picture-perfect sunset.

Nothing quite captured the idyllic provincial life like 2002's Kailangan Kita. A New York-based chef named Carl (Aga Muhlach) flies home to the Philippines to marry his supermodel fiancée in her hometown of Albay. With his girlfriend stuck in a photoshoot, Carl is left to impress her family—including her sister, Lena (Claudine Barretto). Their love affair begins in the beautiful province, punctuated with gorgeous shots of the majestic Mayon Volcano.

When Jenny (KC Concepcion) hitches a ride with a struggling pilot (Richard Gutierrez) to attend a wedding, she didn't expect the aircraft to crash into one of the remote islands in Palawan. What follows is bickering, stranded-on-an-island shenanigans, and plenty of kilig moments. The film was partially shot in Coron, and doesn't shy away from showcasing the location's picturesque beach view.

Watching Don't Give Up On Us is like taking a romantic tour (sadly not your own) throughout the lush and unspoiled mountain provinces, from Baguio to Sagada. Judy Ann Santos plays Abby, a girl on a quest to find her best friend. Her search takes her to Baguio where she meets Vince (Piolo Pascual), who may have information on her friend's whereabouts.

You know how they say, "What happens in Boracay, stays in Boracay?" This movie is kind of like that. Aga Muhlach and Anne Curtis' characters meet and hook up on the island. The only problem is, they take their no-commitment deal to Manila, and everything gets complicated. If there's anything that will have you itching to book a flight to Bora, it's seeing the beachside parties shown in the movie.

A majority of this film may have been set in Australia, but the movie was also partially shot in Bukidnon. Love Me Again showcased the province's rolling green hills and sweeping pastures where Arah (Angel Locsin) and Migo (Piolo Pascual) tend to their ranch. However, an accident forces Arah to leave Bukidnon and the man she loves to pursue a better life in Australia. Years later, Migo follows and they both must confront their past.

The mystical folklore surrounding Siquijor makes the island the perfect backdrop to—what else—a horror movie. A TV network decides to shoot their new horror film in the mysterious island, with terrifying consequences. Don't let this movie's premise scare you too much. If anything, Siquijor is home to picturesque beaches and untouched forests that the movie portrays...at least until the paranormal happens.

Around The Philippines Movies Miss World Philippines 2018
Your Guide to Thriving in This Strange New World
Staying
In? What to watch, what to eat, and where to shop from home
OR
Heading
Out? What you need to know to stay safe when heading out