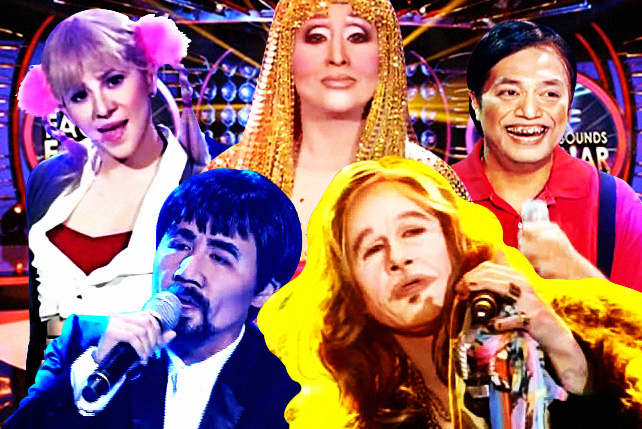 From Manny Pacquiao to Justin Bieber 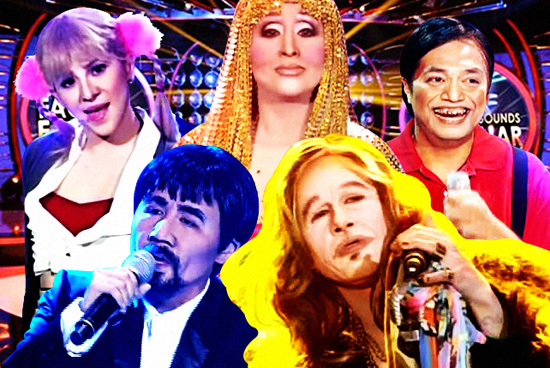 (SPOT.ph) Think of Your Face Sounds Familiar as a more elaborate version of Lip Sync Battle. And when we say "elaborate," we mean it. Every week, a roster of local celebrities are each assigned a famous personality to impersonate with a song and dance number. They will then be judged based on performance, costume, and even personality ticks. If you're looking to have a good laugh or two, we've rounded up 10 of the funniest performances from the show...so far.

We still can't decide which part is our favorite: The flashy gold number, the brilliant prosthetics, or the unorthodox singing style that sounds exactly like the real thing.

Okay, so he didn't nail the vocal chops, but Tutti gets plenty of plus points for his attention to detail, costume-wise—from the highlighted hair down to the multiple scarves on the microphone.

Nyoy Volante may look nothing like The Biebs face-wise, but everything else...spot on. The tiny, prepubescent voice killed us.

We only have one thing to say: "Ne seye ne eng lehet."

Jay R's on-point impersonation aside, he kind of looks like Snoop Dogg. The landline phone is also a nice touch.

It's like watching a funnier, more entertaining version of the "Baby One More Time" music video.

It's not the greatest vocal performance, but EA's moves are a must-see.

"Butsekik" is a funny song by default, but Nyoy's impersonation takes it to another hilarious level.

We thought Jolina couldn't top her Cher performance, then we saw this one. Is it the accent? The "I labyu Jinkee"? It's probably the quick mention of planning to run for senator.

Your Face Sounds Familiar
Your Guide to Thriving in This Strange New World
Staying
In? What to watch, what to eat, and where to shop from home
OR
Heading
Out? What you need to know to stay safe when heading out