7 Movies Worth Watching This May 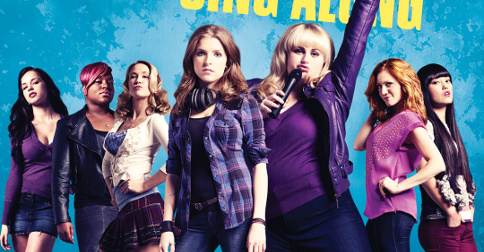 (SPOT.ph) And just like that, it's already May. From comedies to wondrous fantasy, there's a perfect film for any eager moviegoer this month. Here are a few picks.

An uptight police officer (Reese Witherspoon) who plays by the rules must protect a drug lord's widow (Sofia Vergara) from dirty cops and murderous gunmen.

After a strange sexual encounter, a teenager (Maika Monroe) is haunted by nightmarish visions and the unshakable feeling that something is after her.

The Bellas are back! The Barden Bellas are headed to an international a cappella competition which no American team has ever won. Anna Kendrick, Brittany Snow, and the rest of the gang are set to reprise their roles. They will also be joined by some new faces, including Hailee Steinfeld.

In a post-apocalyptic wasteland where people fight to the death, Max (Tom Hardy) must join forces with a woman named Furiousa (Charlize Theron) in order to survive.

The Age of Adaline

For some miraculous reason, Adaline (Blake Lively) hasn't aged for nearly 80 years. Because of this, she has never allowed herself to get close to anyone. Things change, however, when she meets a charismatic philanthropist (Michiel Huisman).

A teenager (Britt Robertson) and a former boy genius inventor (George Clooney) set on a fantastic quest to unearth the secrets of "Tomorrowland," a place somewhere in space and time.

In the aftermath of a massive earthquake in California, a rescue-chopper pilot (Dwayne Johnson) makes it his mission to save his estranged daughter (Alexandra Daddario).