(SPOT.ph) When we first heard that Katy Perry would be taking her Prismatic World Tour to the massive Philippine Arena, we already knew it was going to be huge. Lo and behold, Katy didn't disappoint. She serenaded a crowd of over 30,000 fans, which she said is probably the largest show they've ever played.

From the dazzling costumes to the elaborate sets, here are the best highlights from Katy's Manila stopover. 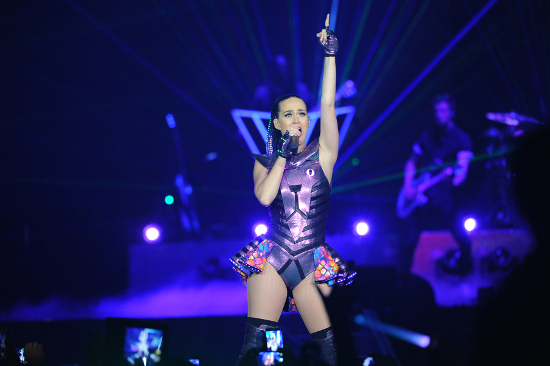 Whether you're into her older music or you prefer her newer stuff, Katy delivered one hit after another like a champ. After dominating the airwaves for years, it's pretty much impossible not to sing along at least once. Our personal favorite? The mash-up of "The One That Got Away" and "Thinking of You."

With a song like "ET," it would be a shame not to do something alien-related, right? For this number, the video screens that surrounded the stage played mesmerizing images of galaxy upon galaxy of stars shifting to form outlines of Katy's face.

No one does costumes like Katy. She went for a shimmery gold number for "Dark Horse," a sexy blue suit for "I Kissed a Girl," an adorably pink cat suit for "Hot 'n' Cold," and a cheery sunflower outfit for her acoustic set (paired with a glittery guitar, of course).

The details matter, too!

At one point, Katy sported long, braided hair that actually lit up! For "Dark Horse," she came onstage atop a mechanical horse (not as massive as her Super Bowl tiger, but just as awesome). During "This is How We Do," Katy had on a bright green wig paired with a neon get-up. The screen background? Emojis! The (unintentionally) funniest part of the night was when two backup singers launched into a rendition of CC Peniston's "Finally." You know, the song from that Ariel commercial. 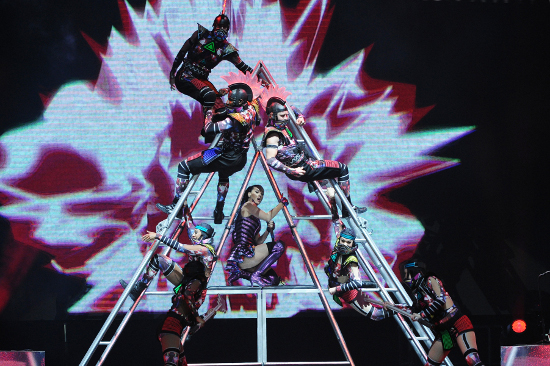 It wasn't all just video clips, of course. The Philippine Arena stage transformed into elaborately designed themed sets for music. She went futuristic for her earlier songs, Egyptian for "Dark Horse," cat-themed for a couple of songs, and need we mention those dazzling lights?

Her interaction with the crowd

At one point, she asked the crowd if there was someone who could teach her Tagalog. and she brought one very lucky fan up onstage. Marty (who was wearing a cute shark costume) was so excited, he couldn't breathe and Katy had to give him water. We're pretty sure that would probably happen to us, too. 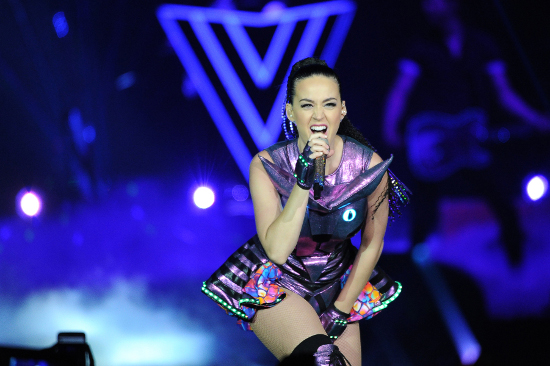 That time the arena turned into a massive dance party

The fun didn't stop there. After singing her hit, "Unconditionally," the huge screens started showing people dancing in the audience with the Dance Cam. 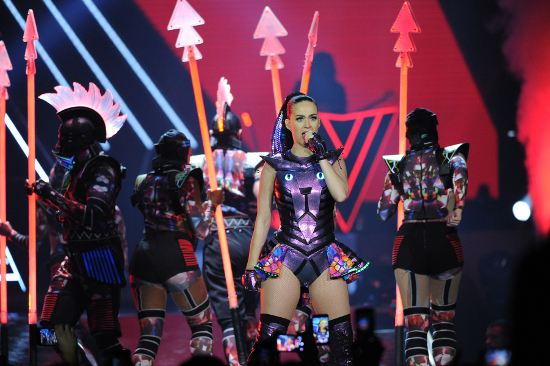 "We all went through that traffic because of love for music." She got that right.

That moment when the entire arena lit up

...twice! The first one was during her rendition of "Unconditionally," where she asked the entire audience to light up their phones as she sang. The result? A sea of bright lights across the arena. She didn't stop there! During her encore performance of "Firework," concertgoers were asked to don the "Prismatic glasses" (which were handed out before the show started). Katy capped off the epic night with a spectacular neon lights show with a "fireworks" display!

Best Of Show Katy Perry, Concert, Manila, 2015 Prismatic World Tour
Your Guide to Thriving in This Strange New World
Staying
In? What to watch, what to eat, and where to shop from home
OR
Heading
Out? What you need to know to stay safe when heading out