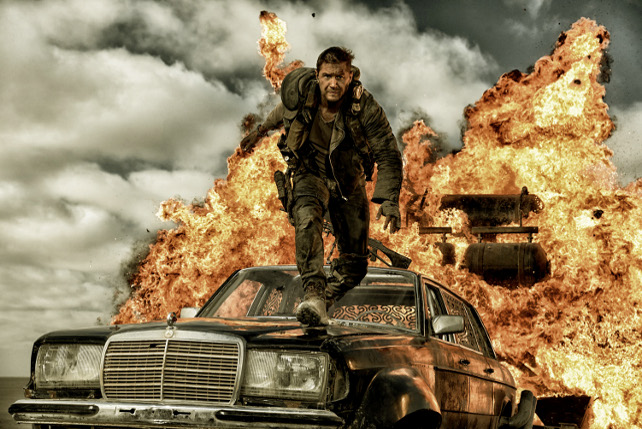 An explosive, high-speed chase that is worth every second of the chaos

(SPOT.ph) Imagine a bleak and desolate post-apocalyptic desert where resources like oil and water are held hostage, and women are kept like cattle. This is the strange world that director George Miller imagined with 3,000 storyboarded images, and painstakingly created with over 480 hours of footage.

The result? Mad Max: Fury Road, the fourth installment in the 30-year-old franchise that once starred a much-younger Mel Gibson. This time, Tom Hardy plays the hulking titular character, a lone wolf in this unforgiving environment. He is captured by the tyrannical Immortan Joe (Hugh Keays-Byrne), who lords over a grotesque stronghold by controlling their water supply and locking up women to breed his army. 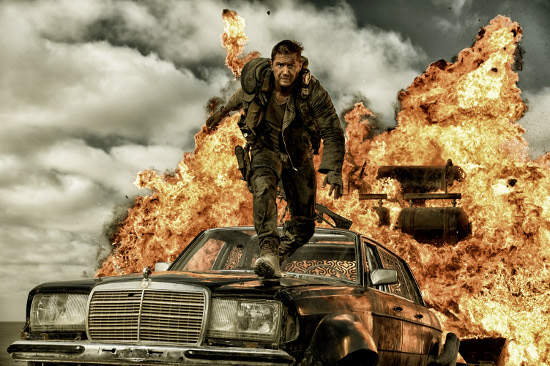 To survive, he must join forces with Furiosa (Charlize Theron), who plans on escaping with a group of breeders (including Zoe Kravitz and Rosie Huntington-Whiteley). This kicks off a frenetic desert chase by a livid Immortan Joe's army of crazies. Among them is Nux (Nicholas Hoult), who is also trying to escape his own fate.

The straightforward narrative gives plenty of leeway for two hours' worth of explosive chaos and heart-stopping mayhem that only George Miller can orchestrate with such visual force. He fluidly, and dare we say it, beautifully executes a flurry of gunfire, spiraling vehicles, and edge-of-your-seat collision. 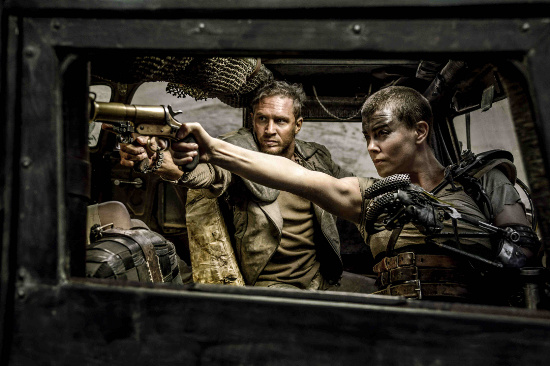 Mad Max takes the dizzying action a step further with stunning cinematography by John Seale. He vividly brings the post-apocalyptic world to life with nighttime action sequences bathed in blue or startling bursts of orange set upon a dreary sky. Sometimes, we watch the madness unfold with a bird's eye view, other times we zoom in close enough to feel the sheer desperation to survive.

In a genre where each film attempts to up the ante with a crazy action sequence, Mad Max sets an extraordinarily high bar—bizarre, deranged, and breathtaking at every manic second.

Mad Max: Fury Road is out in theaters today, May 14. Photos courtesy of Warner Bros. Pictures.

Nicholas Hoult Charlize Theron Mad Max: Fury Road Movie Review Tom Hardy
Your Guide to Thriving in This Strange New World
Staying
In? What to watch, what to eat, and where to shop from home
OR
Heading
Out? What you need to know to stay safe when heading out