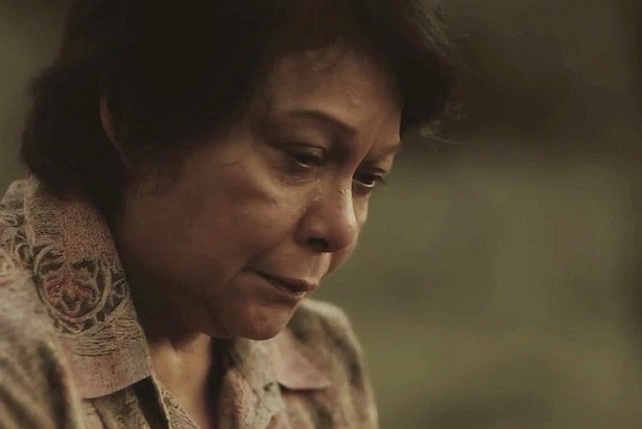 (SPOT.ph) Director Brillante Mendoza is no stranger to the Cannes Film Festival, having won the Best Director prize in 2009 for his film, Kinatay. Before that, his film Serbis was part of the Cannes' Main Competition in 2008. His latest entry to the festival is Taklub, a gritty ensemble drama about Typhoon Yolanda survivors.

It is less of the massive physical aftermath of the storm, and more of the emotional devastation upon typhoon survivors. The film doesn't shy away from portraying the death and destruction that still plagues survivors to this day—opening with a vivid scene that involves a fire accidentally burning down the tent of a mother and her children. 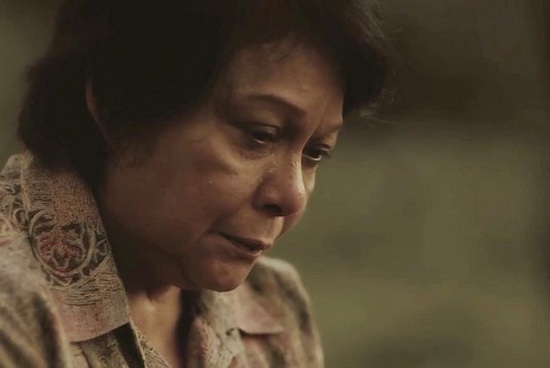 Babeth (portrayed wondrously by Nora Aunor) valiantly joins the futile rescue attempts, and later makes an enormous effort to collect donations for Renato (Lou Veloso), who lost his wife and children in the fire. Her tale intertwines with that of other survivors, namely Larry (Julio Diaz) and two fishermen brothers, Erwin (Aaron Rivera) and Marlon (Rome Mallari).

Instead of a straightforward narration, screenwriter Honeylyn Joy Alipio allows the characters to slowly reveal their personal suffering. For instance, it's only through unused mugs and her taking a DNA test that we realize Bebeth has lost all but one of her children. When we see Larry taking part in the church's weekly Stations of the Cross, we discover that it's through this that he seeks solace for the death of his wife. 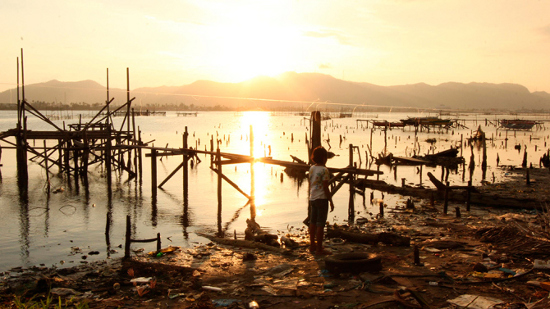 Cinematographer Odyssey Flores documents their daily lives with handheld camera work, lending a sense of grit and intimacy throughout. What really drives and anchors the film is the remarkably restrained performances of the ensemble cast, giving emotional heft to a rather disjointed narrative.

Mendoza closes his film with a Biblical quote, "A time to tear down and a time to build." It's a fitting line that sums up a poignant tale of moving on, despite the urge to look back. The film offers no glimmer of hope, no promise of closure or good news for its characters. It's brutally yet refreshingly honest, leaving audiences with a deep sense of uncertainty for the future...much like the reality of the world it just depicted.

Taklub was screened on the opening day of the 20th French Film Festival.

Movie Review Brillante Mendoza Taklub
Your Guide to Thriving in This Strange New World
Staying
In? What to watch, what to eat, and where to shop from home
OR
Heading
Out? What you need to know to stay safe when heading out