The official entries of MMFF 2015 have been revealed, but they've switched things up this time
Loading
Already a member? Log in
No account yet? Create Account
Spot.ph is your one-stop urban lifestyle guide to the best of Manila.

The official entries of MMFF 2015 have been revealed, but they've switched things up this time

They're doing things differently this year. 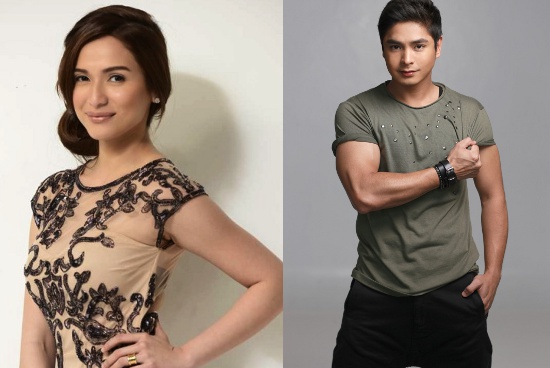 (SPOT.ph) When you hear Metro Manila Film Festival (MMFF), the first things that probably pop into your head are sequels, franchises...and Shake, Rattle & Roll (which, incidentally, boasts a total of 15 installments). So when we saw the official film lineup for 2015, we were in for a little surprise.

Gone are the sequels that have long dominated the festival. Instead, expect plenty of tales of the heart this December. MMFF staples like Kris Aquino, Vic Sotto, and Robin Padilla are still present, but they'll be joined by other names, too.

Here are the eight movies competing in this year's MMFF.

Remember that Kristek reunion-turned-movie? Well, it's officially an MMFF entry this year. The Star Cinema-produced film now has a title but no definite plot just yet, but you can likely expect a lighthearted rom-com, judging from its director. Kris' son Bimby is also reportedly part of the cast.

Beauty and the Bestie

Vice Ganda, who topbilled last year's box office success, The Amazing Praybeyt Benjamin, is teaming up with real life-friend Coco Martin for the first time. So far, no plot has been revealed but we're guessing this is a comedy.

Think of this new tandem as a rom-com crossover. That Thing Called Tadhana's JM de Guzman will be starring alongside Jennylyn Mercado, who starred in last year's sleeper hit, English Only, Please. We're expecting a lot of quotable quotes in this one.

Jerome Ponce makes his film debut with Haunted Mansion, where he reteams with former Be Careful With My Heart co-star, Janella Salvador. They probably won't be playing siblings this time, though.

You might miss Shake, Rattle & Roll, but you'll still have your fill of horror this year. Death and Senses is a horror-slash-comedy by Randolph Longjas, whom you might also know for CineFilipino's Ang Turkey Man ay Pabo Rin.

It's official! The Robin Padilla and Maria Ozawa-starrer, Nilalang, is part of the MMFF lineup. This won't be the first time the adult film actress will be starring in mainstream movies, but it will be her first project in the Philippines.

It's not just horror and romance. This year's lineup also features a historical film about Apolinario de la Cruz who founded the Cofradia de San Jose (a brotherhood for indios) and later, led a revolt against the Spaniards for their religious freedom.

There are also two reserve entries in case a film withdraws, namely: Conman (starring John Lloyd Cruz, and directed by Erik Matti), and Lakambini (starring Lovi Poe, and directed by Jeffrey Jeturian and Ellen Ongkeko-Marfil). E.R. Ejercito's planned film on the Fallen 44, as well as Nora Aunor's Kabisera did not make the cut.

2015 Metro Manila Film Festival Mmff
Your Guide to Thriving in This Strange New World
Staying
In? What to watch, what to eat, and where to shop from home
OR
Heading
Out? What you need to know to stay safe when heading out