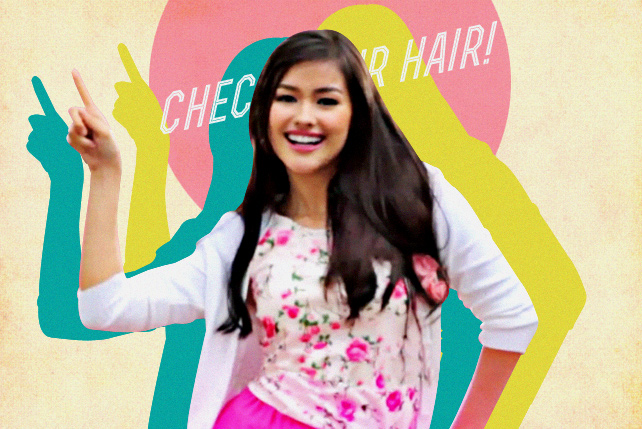 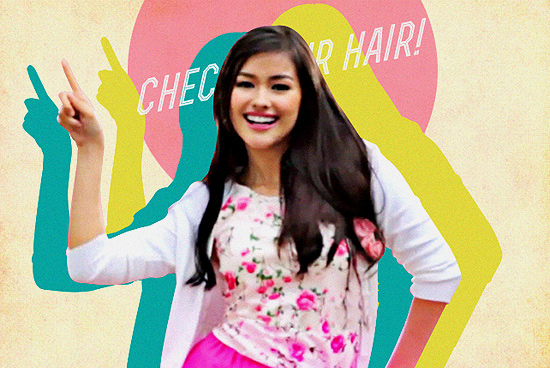 (SPOT.ph) The only thing more infectious than a tagline is the jingle that sometimes comes with it. In the case of shampoo TV commercials, it becomes a trifecta of catchiness with the added bonus of a dance move. Jingles and dance numbers come and go, but these 10 shampoo ads are forever.

Unforgettable line: When I / See you again / I long to touch and stroke your long black hair

In the '90s, a shorter version of Side A's romantic ballad served as the song to Lux's Super Rich shampoo commercial starring Richard Gomez and Lucy Torres. They both starred in a series of five Lux commercials (including this one), but didn't get together until later.

9. "I Choose to Be Beautiful" by Cream Silk

Unforgettable line: I choo-ooose / I choose to be beautiful

Alright, let's state the obvious: Cream Silk technically isn't a shampoo. Still, this 2006 jingle was so infectious that we couldn't overlook it. The song was used for three different Cream Silk ads, as if to make sure everyone heard it at least once. (Spoiler: It worked.)

Unforgettable line: You turn my head / But instead / I feel so lonely

Sunsilk's ad for their Soft Touch shampoo was particularly memorable for the amusing concept of a girl doing everything she could just so her boyfriend wouldn't touch her hair. (She even shoves food into his mouth.) The song by Orange and Lemons was an added bonus.

7. "Check Your Hair" by Palmolive

Teen star Liza Soberano's Palmolive commercial is pretty recent, considering the other items on our list. We give it plenty of unforgettable points for making us hum to the melody after one listen. LSS? Check!

6. "Fresh and Bounce" by Palmolive

For Palmolive's 2005 commercial, they went the R&B route with a catchy tune from Maoui David. We dare you not to sing "Bounce, bounce" while watching the video.

Yes, we know. There are no lyrics in this commercial, but hear us out. Vaseline Shampoo's "Cap" commercial first aired in 2004, and featured a little boy searching for the elusive owner of a lost but fragrant-smelling cap. It was almost impossible not to whistle after seeing it on TV!

Back in the day, Geneva Cruz was the voice behind Ivory shampoo's catchy commercial featuring Bianca Araneta's light and bouncy hair. Recently, Palmolive aired their own version of the song starring Janella Salvador, where she sings "Magaan ang feeling."

It's been two years since Rejoice first introduced us to "Haba ng Hair," but we still remember that song like it was yesterday. Sure, it was catchy (and that melody will probably always stay with us), but it's nothing compared to...

Oh, Jaboom Twins. You were the reason for all the LSS and endless hair flips. It was so popular that it actually started a mini-competition on Magandang Tanghali Bayan. The song was the Jaboom Twins' ticket to fame, not to mention the beginning of a string of song-and-dance combos in commercials.