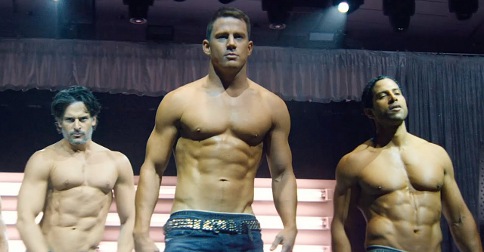 10 Movies Worth Watching This July

(SPOT.ph) Say hello to the second half of the year! It's July and you have an all new roster of movies to see. From long-awaited sequels to a new superhero flick, we round up 10 movies that you shouldn't miss this month.

John Connor (Jason Clarke) is the leader of the human resistance against Skynet. He sends Kyle Reese (Jai Courtney) back in time to protect his mother, Sarah (Emilia Clarke), from a Terminator assassin. When an unexpected turn of events creates an altered timeline, Sarah becomes a skilled fighter and has a Terminator guardian (Arnold Schwarzenegger) by her side.

Trixie (Sarah Geronimo) is a law student and aspiring singer. She strikes up a friendship with a musician (Piolo Pascual), who recruits her into his band. Things get complicated when they fall for each other.

The film is a prequel-slash-spin-off to the Despicable Me franchise. Three minions—Kevin, Stuart, and Bob—are recruited by a supervillain named Scarlet Overkill (Sandra Bullock) who hatches a plan to take over the world.

Thanks to a super-suit that shrinks in scale but increases in strength, a con-man (Paul Rudd) must help his mentor (Michael Douglas) plan a heist and save the world.

The sequel picks up three years after the first film. Although Mike (Channing Tatum) has retired from stripping, he misses the excitement and his crew, known as the Kings of Tampa. They reunite for one last all-out peformance in a stripping convention.

The foul-mouthed teddy bear (Seth MacFarlane) is back. His marriage hits a rough patch when he and his wife (Jessica Barth) are told they can't adopt a child. Ted must now prove he is a person (and not property) in a court of law, and enlists the help of two lawyers (Amanda Seyfried and Morgan Freeman).

An unrecognizable Jake Gyllenhaal plays Billy Hope, a boxer at the height of his fame and career. Unfortunately, a tragedy sends him on a downward spiral. Rachel McAdams and Forest Whitaker also co-star.

Based on the popular YA novel by John Green, the film revolves around Nat Wolff (Quentin Jacobsen) who embarks on an epic road trip with his friends to find the missing girl (Cara Delevingne) next door.

A priest and two Vatican exorcists must face an ancient satanic force to save the soul of a young woman (Olivia Taylor Dudley).