Top 10 Songs We Can't Wait to Hear at Madonna's Concert in Manila
Loading
Already a member? Log in
No account yet? Create Account
Spot.ph is your one-stop urban lifestyle guide to the best of Manila. 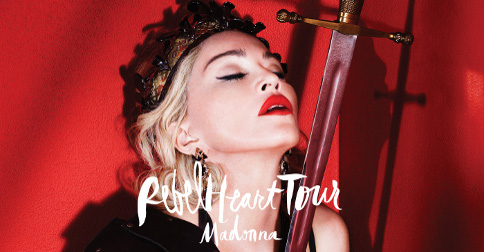 Who's excited for the show?

(SPOT.ph) In case you haven't already heard, it's just been confirmed that Madonna is bringing her Rebel Heart Tour to Manila! Ticket prices have yet to be announced, but we're already thinking of the songs she'll be performing onstage. Yes, we know that she already has a setlist, but hey—it doesn't hurt to dream! Here are our 10 song picks for her upcoming show.

Tell us your dream setlist in the comments section below!

It's almost hard to believe that this song is 10 years old, because it's as catchy as ever.

We're sure Madonna still has those dance moves down pat.

It's not a dance party until Madonna performs this song.

...with bonus Justin Timberlake! It's a stretch, we know, but hey...libreng mangarap.

Can you imagine dancing to this song's infectious beat?

We still remember the lyrics word for word.

Is there a song more empowering than Madonna's 1989 hit? Probably not.

Even Billboard thinks it's the best Madonna song.

Perfect for a romantic moment with your boyfriend (if you're dragging him to the show).

No Madonna concert is complete without the song that made her a household name.