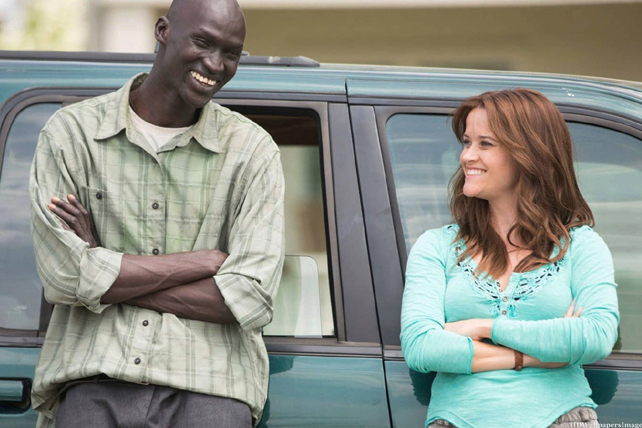 Reese Witherspoon's face takes up most of the poster, but this affecting drama is all about the Lost Boys of Sudan.

(SPOT.ph) “Now we can finally find out what this means,” says a smiling Abital (Kuoth Wiel), pointing to the Nike T-shirt Mamere (Arnold Oceng) is wearing emblazoned with the swoosh symbol and the words “Just Do It” as they stand before an airplane about to take them away from Africa to America. For 13 years, Mamere and Abital lived at a refugee camp in Kenya after Northern Sudanese militia groups left them, along with many other young children from South Sudan, without parents and without a home. This hopeful conversation between brother and sister opens Philippe Falardeau's affecting, inspired-by-true-events drama about the lives of the “Lost Boys of Sudan,” a group of 3,600 boys and girls offered safety and refuge in America during a Sudanese Civil War.

The film flashes back to the late 1980s, on the day that Mamere's village is attacked. Together with his sister and other kids of the village, they escape. The children make their way through the dangerous African terrain to get to safety. Along the way, they meet other displaced kids, including the religious Jeremiah and the intuitive Paul. The path is not easy, and some members of the group are lost along the way, but after a thousand miles of walking, this tiny band of survivors arrive at a Kenyan refugee camp where they are given food, clothes (including the abovementioned Nike T-shirt), medical attention, and shelter from the war. 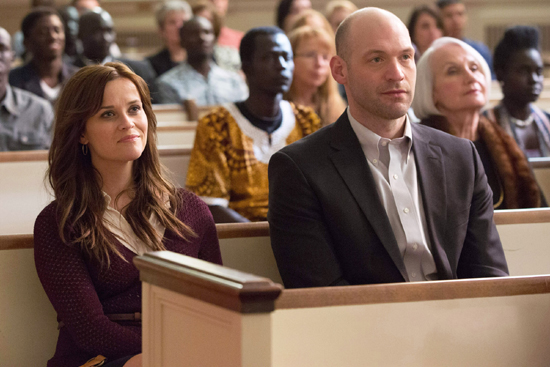 Flash forward to 13 years later, and four of the now-young adults get the call that they will be transported from Africa to America, where they will now live. The four—Mamere, Abital, Jeremiah (Ger Duany), and Paul (Emmanuel Jal) —happily head off to the United States. The three boys are sent to live in Kansas City while Abital is sent to Boston, to the dismay of her “family.”  In Kansas, they meet employment agency counsellor Carrie (Reese Witherspoon) and her boss Jack (Corey Stoll). The two then help the Sudanese refugees adjust not just to American life, but also to 20th Century living, because things as mundane as a telephone and Jell-O are new to the boys. 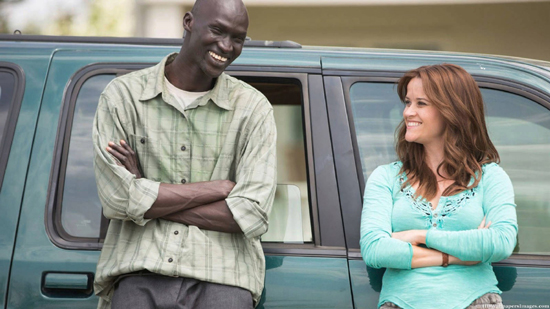 Witherspoon may take up the biggest space on the poster, and though she does have her moments plus a smaller storyline of adjusting to life herself, she's mostly cast here for her star power. The film, rightfully so, belongs to her Sudanese co-stars. The Good Lie manages to sidestep being a white-person-saves-black-people kind of film by letting the refugees usually figure things out for themselves. The Sudanese actors, most of them having had real-life experiences like the ones featured in the film, carry most of the drama and emotion as they traverse this new life they're suddenly thrown into. Oceng, playing the courageous and ambitious Mamere, gives an honest, thoughtful performance, while Duany and Jal, both former child soldiers themselves, bring an authenticity to their roles. 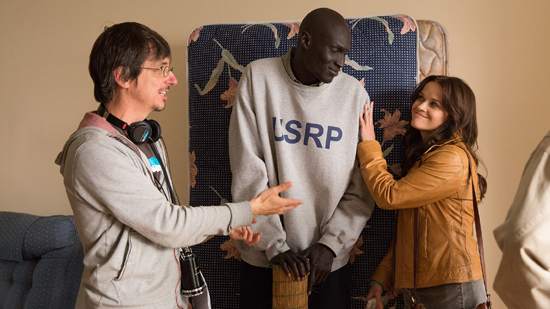 While the actors are all consistent, the film doesn't always feel like it's on the same page. The film is split into three main parts: the Africa section in the ‘80s, and the United States section set just before and after 9/11 (an event that stopped the transportation of Sudanese refugees into the U.S.). This split causes some tonal inconsistencies. The Africa section features the children's struggles with starvation and the militia, bringing heavy drama. Canadian director Falardeau avoids filming this section in a realistic and brutal manner, instead letting the viewer put the pieces together through careful editing and solid performances from the child actors (Falardeau has worked incredibly well with child leads before, in the Oscar-nominated film Monsieur Lazhar, and the offbeat comedy It's Not Me, I Swear!, both of which you should seek out). The second and third parts have a lighter, more comedic script—a jarring shift in tone that does not always feel earned. Falardeau is strong in balancing the dramatic with the comedic, but he struggles a bit here with Margaret Nagle's script, as the decision to splice it up makes it seem like you're watching very different films.

The tonally different acts don't ruin the film, though. It just means that as the story unfolds, the dramatic moments seem to be the ones tacked on just for the sake of adding drama. The second half feels less natural, coming off more like a typical, glamorized Hollywood tale. However, because the characters are fleshed out and the actors are good, the emotions still hit, just not as powerful as they could have. The Good Lie is still an affecting, well-meaning, beautifully shot film about family that makes us viewers thankful for the support around us, and just like the T-shirt, these Sudanese refugees also find out what family really means.

Reese Witherspoon The Good Lie Movie Review
Your Guide to Thriving in This Strange New World
Staying
In? What to watch, what to eat, and where to shop from home
OR
Heading
Out? What you need to know to stay safe when heading out