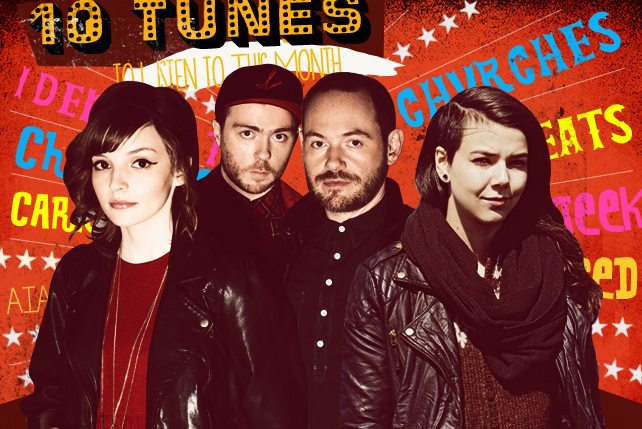 10 Fresh Tunes to Listen to This August 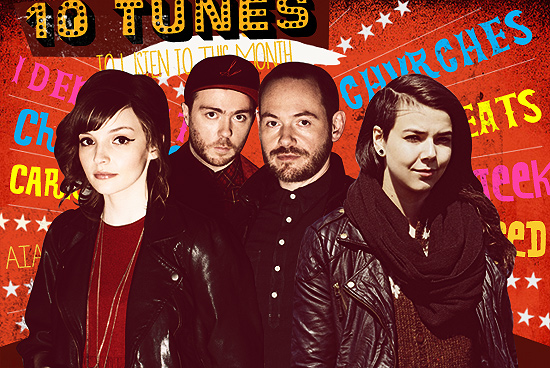 Australian electronica artist Chet Faker teamed up with American songstress BANKS for a rework of his single "1998." The new lyrics and fresh harmonies on the second half featuring BANKS give the rework a whole new woozy yet dance-inducing effect.

It's hard not to love Cheats for its relentless, youthful energy. The band's new single, "Again, Professor Manny?" is a high-energy indie-rock track with explosive drums and kick-ass guitars, balanced by sweet female vocals. The band's energy on stage during live performances has been successfully carried over to this gem of a recording.

The Scottish synthpop trio has released the first single from their forthcoming second album. In "Leave a Trace," frontwoman Lauren Mayberry sounds aggressive, energized, and ready to dodge the sophomore slump. The single features the Chvrches sound fans have come to love—gutsy, dark, but in the right places, light and endearing.

Identikit's "Untitled" sounds both haunting and comforting. Under three minutes, the band's new single leaves you wanting to hear more because it never seems to take off. Instead, it keeps a steady arrangement from start to finish.

Carly Rae Jepsen just shared another single from her new album. "Warm Blood" is an '80s-inspired synth-pop track with slightly breathy vocals and a fresh arrangement. It's a favorite so far from her other recently released singles.

Fun fact: Jepsen, via her Twitter account, promised to release a new track every week leading to the U.S. release of her album E•MO•TION on August 21.

"Organs," compared to earlier Of Monsters and Men singles, is more somber and confessional. There are no jangly beats and no shouts of "hey" here, but the track is worth listening to for its soothing piano and highly emotional lyricism.

If this single is representative of Ced Concepcion's solo music, then you definitely have something to watch for. "Sunday" combines Pinoy rock energy with some '90s alt-rock feel.

Producer Carlos Serrano has shared a smooth mashup of Kanye West's "Stronger" and The Weeknd's "Can't Feel My Face." We love how the mashup expert has seamlessly woven together the two genres, creating a fun house party track.

Fun fact: Serrano is famous for his mashups that include Kanye West vs. Sam Smith, Adele vs. Daft Punk, and 2Pac vs. BANKS, among others.

Here's a perfect track for your chill August nights. "Visions" is a smooth electro track with a slight sexiness that merits repeated play. The rhymes add more excitement to the addictive beats.

Fun fact: The track was co-produced by Nick Lazaro of Moonwlk, Birdforms, and Twin Lobster.