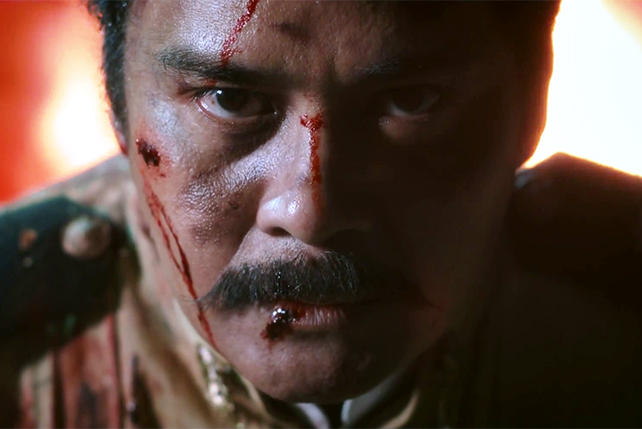 (SPOT.ph) We want to say "spoilers," but that wouldn't make sense. By the time we graduate from high school, we're supposed to be familiar with at least some of our heroes—especially those with mustaches as majestic as that of General Antonio Luna. His face is without a doubt familiar (as is his white hat) yet, we forget the little details of his life...like the names of the men who may or may not be responsible for the death of the greatest and some say the only general the Philippines ever had. 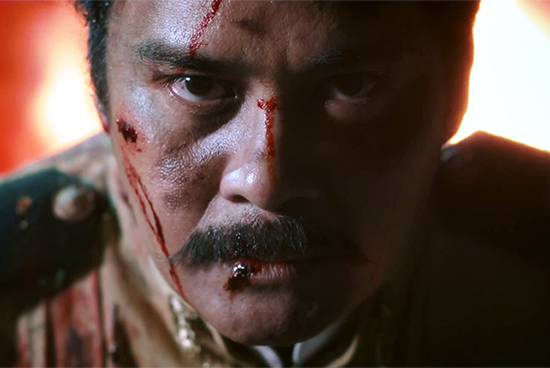 John Arcilla commits to the role unabashedly. The screenplay depicts General Luna as loud, abrasive, a bit brash, and borderline mad (as most brilliant men seem to be). The first 30 minutes seem like postcards of his personality, with brief scenes showcasing his bold patriotism, the troubles he had in dealing with President Aguinaldo's cabinet members, and singleminded dedication to "Artikulo Uno." It's a rule that gives a general the authority to carry out a fatal punishment for insubordination, i.e., General Luna will shoot you if you don't follow his orders. It's wartime, after all...or at least, that's what he wants Aguinaldo to finally accept. 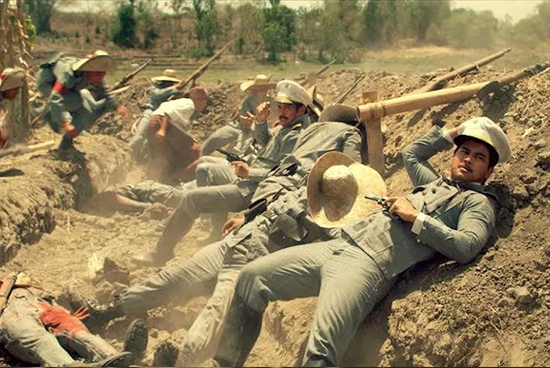 The story is meaty and, without need for embellishments, rather gripping. We've been taught to think of heroes as nothing else but that, yet the truth holds a richer and more complicated tale. As soon as the film starts presenting the reason why we were "defeated" by the Americans, it becomes a truly compelling movie. Sadly, the focus shifts unsteadily—much like the resolve of President Aguinaldo at the time.

While the colors of the film are easy on the eyes and the costumes are noteworthy, the composition of the frame and the trajectory of the narrative at times fail to present General Luna as a larger than life character, save towards the end when Captain Pedro Janolino (Ketchup Eusebio) and his men not so much murder as butcher the mustachioed general. Yes, there will be a Spoliarium reference. No, it will not be subtle. It will be as discreet as the scene where a man's head gets obliterated by canon fire. 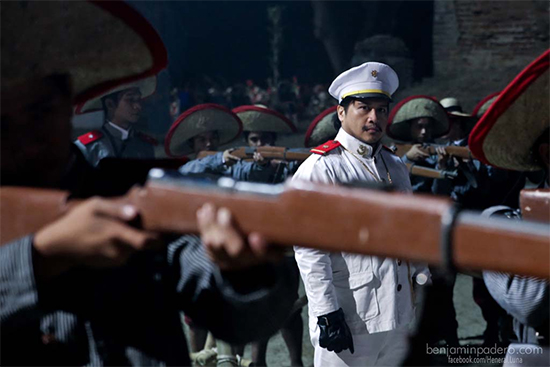 Heneral Luna the movie is as erratic as the character it seeks to glorify, but it is also as fascinating. If it had sustained the tension between General Luna and General Tomas Mascardo (Lorenz Martinez), we would've been on the edge of our seats the entire time. Not that we didn't appreciate what Archie Alemania (as Captain Eduardo Rusca) and Joem Bascon (as Colonel Paco Roman) brought to the table. It's just that the film should've had the guts to face the darkness of history head on, like General Luna storming to the Americans in the other trench, presenting us with very awkward truths about our nation's bitter past.

Heneral Luna Jerrold Tarog John Arcilla Movie Reviews
Your Guide to Thriving in This Strange New World
Staying
In? What to watch, what to eat, and where to shop from home
OR
Heading
Out? What you need to know to stay safe when heading out