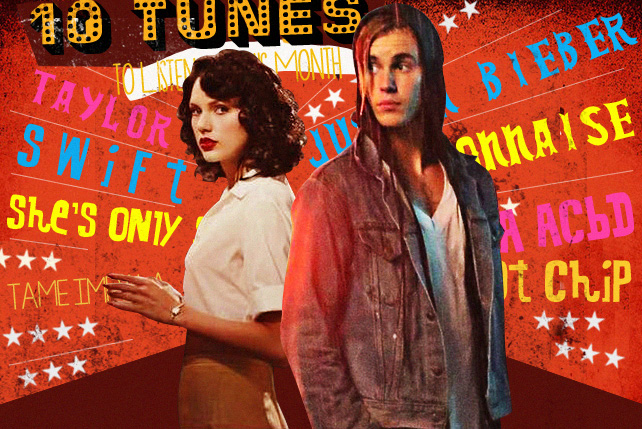 10 Fresh Tunes to Listen to This September 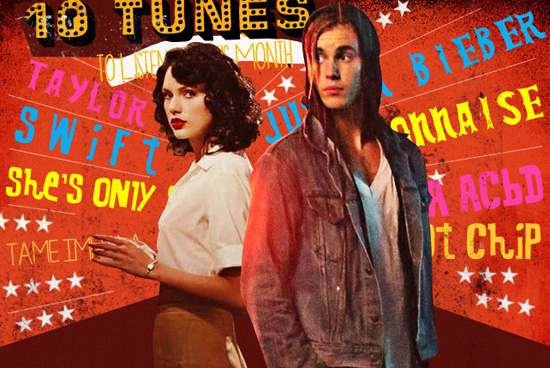 Taylor Swift has released a mellower single from her hit album 1989. "Wildest Dreams" is a, well, dreamy ballad with relaxed melodies, breathy vocals, and deep sighs. The softer release is a good break from her recent pop singles.

The guys of Mayonnaise are back at the studio to work on new material, but they've released a new music video for the acoustic version of their hit song "Tayo Na Lang Dalawa." There is so much sincerity in the lyricism, and the stripped-down version gives you more feels.

Justin Bieber's comeback track actually isn't that bad. The vocals and lyrics reveal a more vulnerable side of the pop artist. The electronic arrangement features a smooth and rich groove, despite being rather minimalist compared to his past dance singles.

Fun fact: Justin Bieber collaborated with Skrillex and Diplo for this tune.

Song: "Just Another Face On the Wall"

The impressive breakup track clearly shows the band's indie- and garage-rock influences. It also delves into heartbreak and loss through melancholic lyricism.

Aussie indie rockers Tame Impala have released their music video for their single "Let It Happen." The track keeps the band's signature psychedelic sound with spot-on synths and entrancing vocals.

Fun fact: "Let It Happen" is the band's first piece of new material in three years. It is from their newest album, Currents, released last month.

There's so much vulnerability and intimacy in Hana ACBD's "Second Best." The confessional track's relaxed sound is almost like a lullaby that can calm you with its poetry and beauty.

Hot Chip has released the karaoke-inspired music video for their single "Started Right." The song is all you would expect a Hot Single number to be – absolutely synth-driven and dance-y.

Autotelic has released the music video for its single "Unstable." We love the song's smooth buildup, from a delicate beginning to a pop-rock explosion that brings the track to an abrupt end.

Fun fact: The track is part of a short film by AJ Orlina entitled Where the Light Settles, which will premiere on September 20 at the Cultural Center of the Philippines.

FKA Twigs's music may not be for everyone, but it's definitely worth listening to for the songstress' artistry and individuality. M3LL155X, a five-song EP with a 16-minute video is a masterpiece worth exploring. You might just end up loving her experimental music.

Regret is the theme of this Maya's Anklet single, but there's definitely no regret in listening to this somber pop-alternative track. It's predominantly subdued but bursts into a more aggressive tone, thanks to the emotional buildup.

Playlist New Music 10 Tunes
Your Guide to Thriving in This Strange New World
Staying
In? What to watch, what to eat, and where to shop from home
OR
Heading
Out? What you need to know to stay safe when heading out