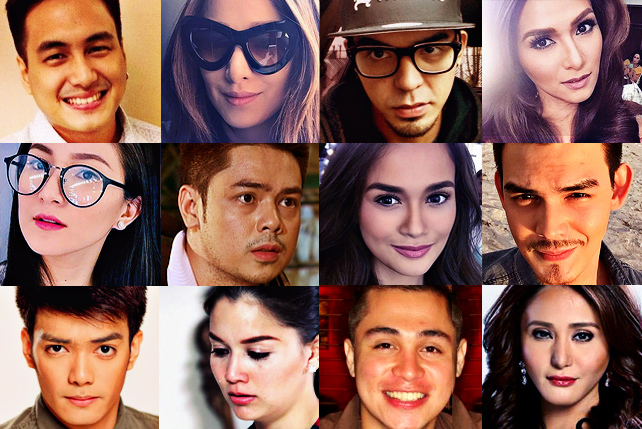 Where Are They Now: StarStruck Batch 1

We all know where Jennylyn Mercado is. What about everyone else? 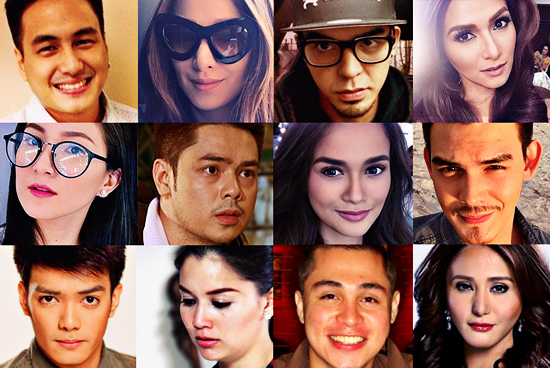 (SPOT.ph) In case you haven't already heard, GMA 7 has launched the sixth season of their artista search, StarStruck after a five-year hiatus. Since its inception in 2003, the reality show has introduced plenty of famous faces, including Megan Young (from Batch 2), Sarah Lahbati (from Batch 5), Rocco Nacino (from Batch 5), and Paulo Avelino (from Batch 4).

We thought we'd take a walk down memory lane and see what happened to the contestants 12 years after they first hit our TV screens. Here are the 14 contestants who dreamed, believed, and survived. Sort of. 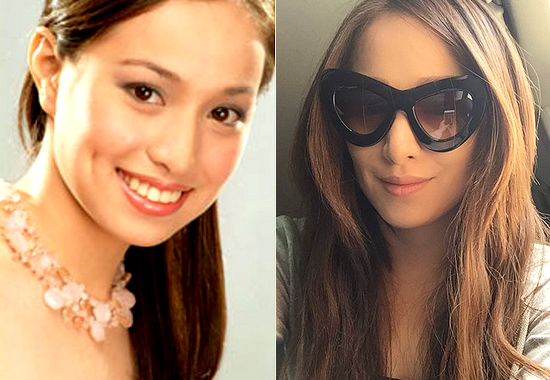 Before she made the switch to ABS-CBN in 2008, Cristine had a number of small roles in hit TV shows like Mulawin, Darna, and Marimar. In ABS-CBN, she guest-starred in a couple of Maalaala Mo Kaya and Wansapanataym episodes, as well as joining the cast of shows like Dahil Sa Pag-Ibig, Bukas Na Lang Kita Mamahalin, and Honesto. It seems she fared better on the silver screen, starring in hits like Working Girls, When the Love is Gone, and The Gifted. She also played a memorable role as the scorned wife in No Other Woman. She is married to Mixed Martial Arts fighter and entrepreneur, Ali Khatibi, with whom she has a baby daughter. 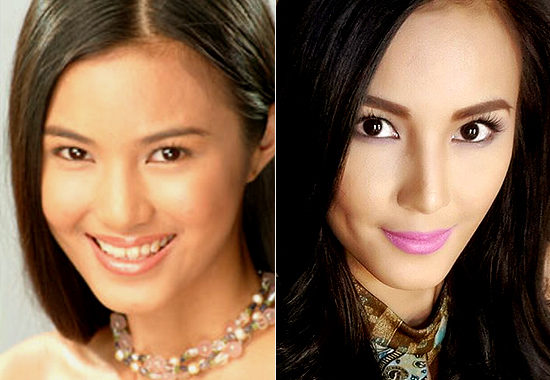 After appearing in shows like Ako si Kim Samsoon and All My Life, Jade took time off from showbiz to finish her degree in B.S. Psychology from San Beda College. In February 2012, she returned with a sexy cover for FHM magazine. She recently had small roles in TV5 and GMA 7's My Husband's Lover and Rhodora X. 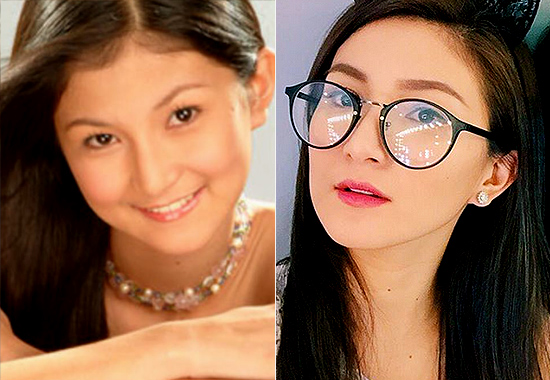 Since the first season ended, Sheena has consistently appeared in plenty of TV shows over the years. The loyal GMA 7 talent has an extensive list of roles, the most memorable of which being 2007's Marimar (where she played Angelika's friend, Monica) and 2015's LGBT drama, The Rich Man's Daughter. She also had a high-profile relationship with Rocco Nacino, but they broke up in 2013. She said that the reason for their split was too "personal," but hinted, "May mga bagay na magkaiba kayo. So, iba 'yong gusto ko, iba 'yong values ko—magkaiba talaga." They reunited in 2014 for the show, Hiram na Alaala. 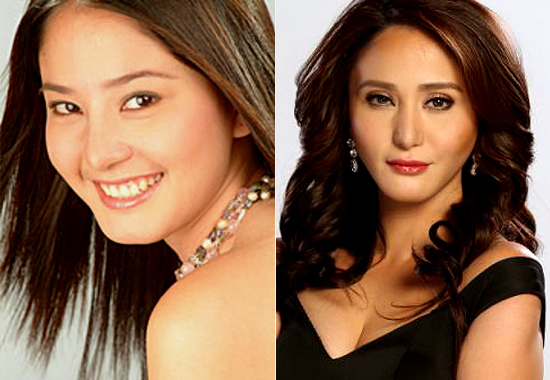 Latest project: A supporting role in The Rich Man's Daughter, and an upcoming role in Destiny Rose

Once StarStruck ended, Katrina's career went the sexy route, with multiple covers in men's magazines aside from winning the title of FHM's Sexiest twice in a row. A couple of villanous roles and an infamous scandal with Hayden Kho later, Katrina now has two roles in LGBT dramas: She played a lesbian in The Rich Man's Daughter with Rhian Ramos and Glaiza de Castro, and will have a supporting role in the network's new transgender TV show. She has a daughter with her ex-boyfriend, Kris Lawrence. 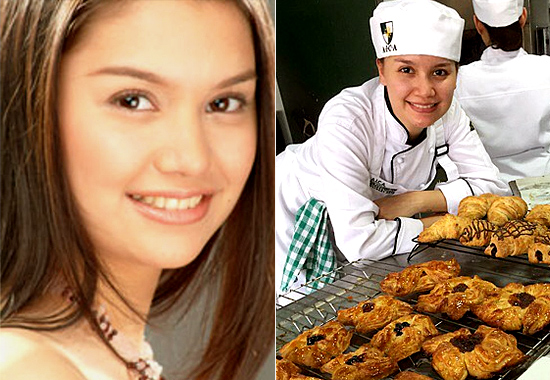 Latest project: She guest-starred in the 2014 family drama, Hawak Kamay with Piolo Pascual and Iza Calzado.

Nadine's career flourished in her earlier years, as she bagged roles in TV shows like Leya: Ang Pinakamagandang Babae sa Ilalim ng Lupa (where she was the lead), Etheria, and Bakekang. She moved from GMA 7 to TV5 and ABS-CBN, which led to people accusing her of having no "utang na loob." Nadine explained that she was a freelance actor so there wasn't any issue. In 2014, she announced that she had already been married for a year. These days, she isn't as active in showbiz, but she still has a number of endorsements. Based on her Instagram posts, Nadine is currently in culinary school to study baking. 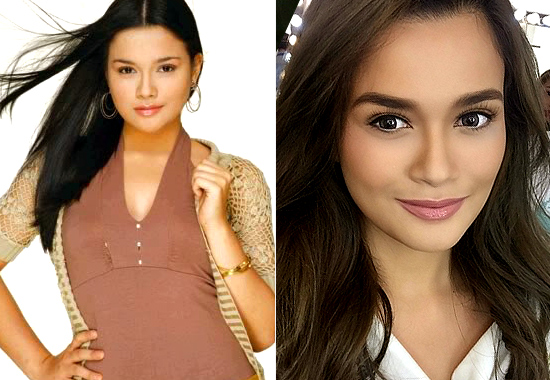 Thanks to a string of hit TV shows, Yasmien was dubbed GMA Drama Princess. At the height of her career, she left showbiz to pursue a degree in Nursing and raise a family. She made headlines in 2012 when she converted to her husband's Roman Catholic faith, which strained her relationship with her mother, a devout member of Iglesia Ni Cristo. The two eventually patched things up. Yasmien returned to showbiz in 2013 and has since made appearances in various telenovelas, including Anna Karenina, Genesis, and Rhodora X. She was also a successful singer, but in 2014, was diagnosed with a cyst in her vocal cords that she later had surgically removed. 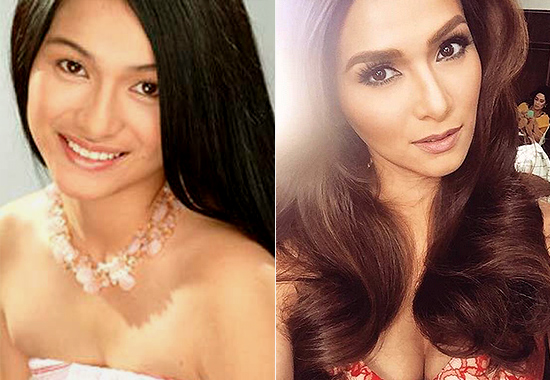 Latest project: The currently airing My Faithful Husband and judge of StarStruck VI. She is also set to star in a new rom-com entitled The Prenup with Sam Milby.

Jennylyn is, without a doubt, the most successful contestant from the first season. Her off-screen romance with fellow contestant and ex-boyfriend, Mark Herras, catapulted their love team into movies and TV shows, including So Happy Together (2004), Let the Love Begin (2005), Say That You Love Me (2005), and most recently, Rhodora X in 2014. Since Mark, Jennylyn has had a string of relationships with fellow actors that have included Luis Manzano, Patrick Garcia (the father of her seven-year-old son), and current rumored boyfriend, Dennis Trillo. Her most notable project to date is 2014's English Only, Please where she bagged the Best Actress award at the MMFF. She is also FHM's Sexiest Woman for 2015. 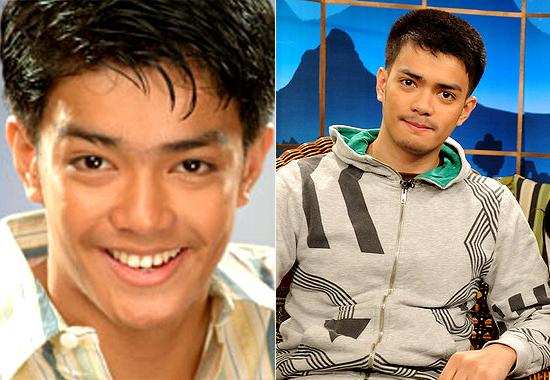 Latest project: An appearance on Love to Love and Encantadia

Alvin was the first contestant to be eliminated from the show. Like his stint on StarStruck, his showbiz career was also short-lived. In 2012, he married former Sex Bomb member, Izzy Trazona. His, uh, most notable TV appearance was in January 2015 when he and Izzy went on Startalk to talk about their financial struggles. Together, they have two children and a buy-and-sell business. 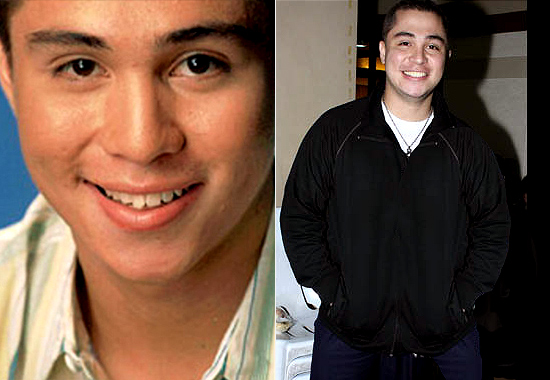 Unlike his other StarStruck batchmates, Anton chose a life away from the spotlight. He was initially paired with Cristine Reyes post-show, and after joining Jennylyn Mercado in La Vendetta, he reportedly pursued a career as a flight attendant and businessman. 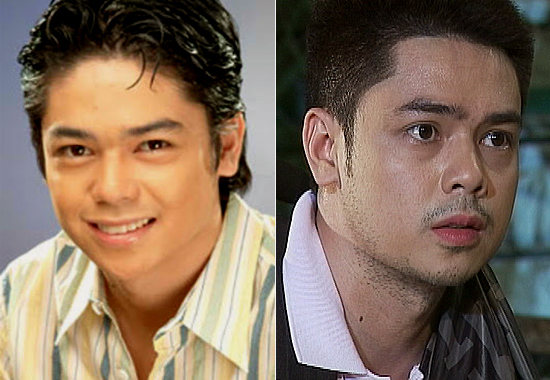 Latest project: An episode of Maalaala Mo Kaya in 2011

After doing roles in a number of GMA 7 shows like Bakekang and Lupin, he moved to TV5 for a brief stint until he joined ABS-CBN in 2010, where he was seen in shows like Maalaala Mo Kaya, Imortal, and Mula Sa Puso. A year later, the 26-year-old was found dead inside an abandoned car in Valenzuela. Reports said that the cause of death was suicide. 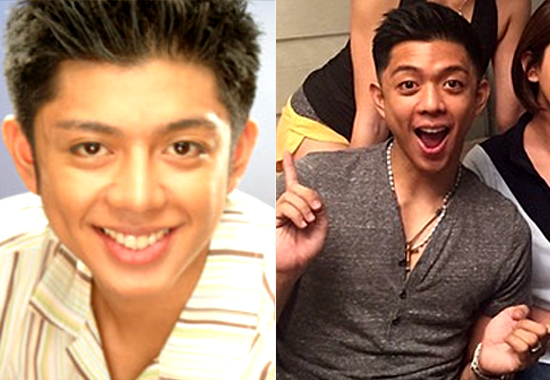 Latest project: He starred in the now-defunct Love to Love in 2004.

Christian reportedly dated his fellow StarStruck contestant, Jade Lopez for three years. He quit showbiz in 2005 and moved to the U.S. According to PEP.ph, he studied Film at the New York Film Academy. It looks like he still stays in touch with his co-finalists: In May, he attended Jennylyn Mercado's birthday party alongside Katrina Halili, Mark Herras, and Sheena Halili. 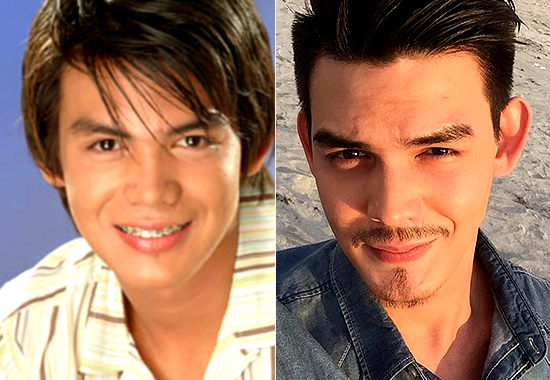 Latest project: He is part of the ensemble cast of the new Marimar as Nicandro.

Since leaving the show, Dion has stayed loyal with his home network. He had roles in a long list of TV shows, notably Sana Darating Ang Umaga in 2008, Amaya in 2011, and Innamorata in 2014. He is also a musician; He was a bassist for SOP's All Star Band and currently plays the guitar in the metal band, Philia. 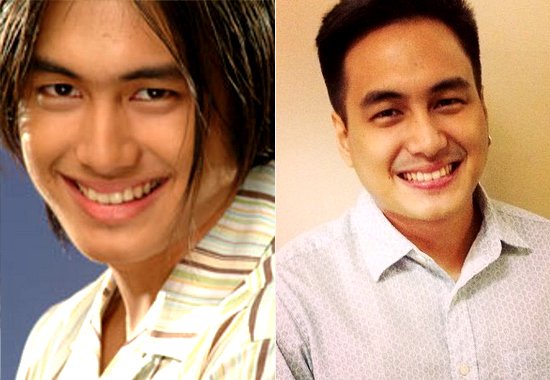 Rainier is probably best known for two things: his F4 hair and dancing to Outkast's "Hey Ya!" He might not have won the title, but the show paved the way for endorsements and TV shows like Kamandag, Mulawin, and Etheria. His love team with Yasmien Kurdi also led to a handful of movies. In 2010, he moved to TV5 and appeared in shows like Ang Utol Kong Hoodlum and Lokomoko U. He has lost the F4 hair and according to PEP.ph, he's recently been doing mall shows. 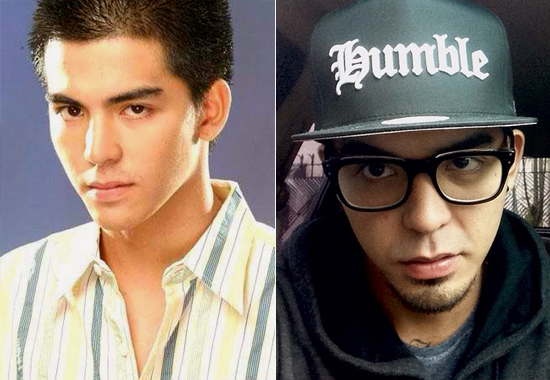 Latest project: He recently guest-starred in Wish Ko Lang, Pari 'Koy and the weekly anthology series, Karelasyon. He is also a segment host for StarStruck VI.

During the StarStruck days, Mark was best known for his dancing skills and his off-screen romance with Jennylyn Mercado. He was later paired with a number of actresses after their relationship ended, like Ynna Asistio, Kris Bernal, and Heart Evangelista. Throughout his career, Mark has kept up with his dancing, thanks to shows like SOP Rules, Party Pilipinas, and Danz Showdown. In 2014, he went on StarTalk and admitted to fathering a baby with another woman while he was still in a relationship with Ynna. He also gave a public apology while on the show. He was recently rumored to be courting Winwyn Marquez, but she reportedly shot him down.

Starstruck Reality Show Reality Shows
Your Guide to Thriving in This Strange New World
Staying
In? What to watch, what to eat, and where to shop from home
OR
Heading
Out? What you need to know to stay safe when heading out