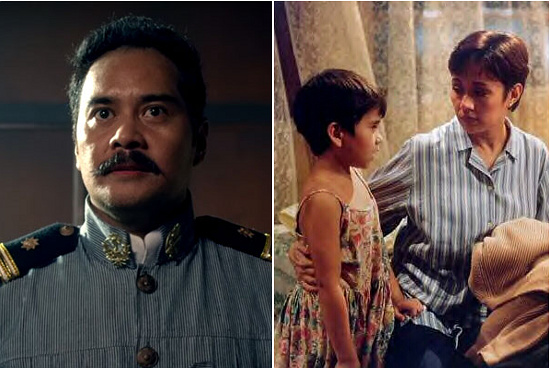 The festival runs from October 22 to 31

(SPOT.ph) It's going to be an exciting month for avid moviegoers. The Quezon City International Film Festival, better known as QCinema, is back with a roster of about 60 new and old films that will be screened from October 22 to 31 at Trinoma, Gateway Mall, and Robinsons Galleria cinemas. Those familiar with the three-year-old film festival will notice some major (but very welcome) changes.

Here are 10 Filipino films you shouldn't miss at the film festival.

This award-winning film from 1982 tells the story of two wealthy families who are forced to hide in the jungle during World War II. It depicts how the two families cope with the violence and changes brought about by war. The film stars Cherie Gil, Sandy Andolong, Joel Torre, among others.

Set in the surfing town of Baler, the story revolves around Ford, a man who is wasting his life away. He is named after the acclaimed director Francis Ford Coppola, whom his mother believes is his father. As another season ends, he is forced to confront the myth surrounding his life. The movie stars Sid Lucero, Gwen Zamora, and more.

Based on the Lualhati Bautista novel of the same name, this 1998 film tackles the plight of Lea Bustamante (Vilma Santos), a human rights volunteer who isn't like the stereotypical Filipina women of her generation. She is the single mother of two children, each with a different father. Lea is forced to fight for her right to raise her kids when their fathers try to take them away from her.

Money, power, and connections take center stage in a film that portays a week in the life of a neophyte, a master, and an alumnus—who is also a lawyer—of an elite school's fraternity.

A Muslim doctor named Ahmad (Cesar Montano) and his wife (Amy Austria) attempt to lead refugees of a war-torn village in Mindanao. Through this, he begins to learn more about his people and their fight for freedom.

The surprise blockbuster hit is a biographical drama about General Antonio Luna (John Arcilla), depicting his leadership in the revolution and the circumstances that surrounded his untimely death. The film also stars Mon Confiado, Arron Villaflor, Mylene Dizon, Epy Quizon, and Paulo Avelino.

Glaiza de Castro and Dominic Roco star in an off-beat romance between two insomniacs who bond and fall in love as the rest of the world sleeps.

This award-winning film revolves around a married couple and their friendship with a soldier during the '90s. The entire movie documents the harrowing events that all take place in one night, and unfolds in a single, uninterrupted sequence.

Starring Christopher De Leon and Gloria Diaz, this 1976 classic is set in the era of Spanish and American colonization. Told through the eyes of a naive and slow-witted young man (De Leon), the film dares to ask the question: "What is Filipino?"

Dekada '70 is the decade-long story of a middle-class Filipino family who struggle within the political climate of Martial Law under Ferdinand Marcos. Vilma Santos and Christopher De Leon play the parents of five sons who turn to different forms of rebellion and activism.