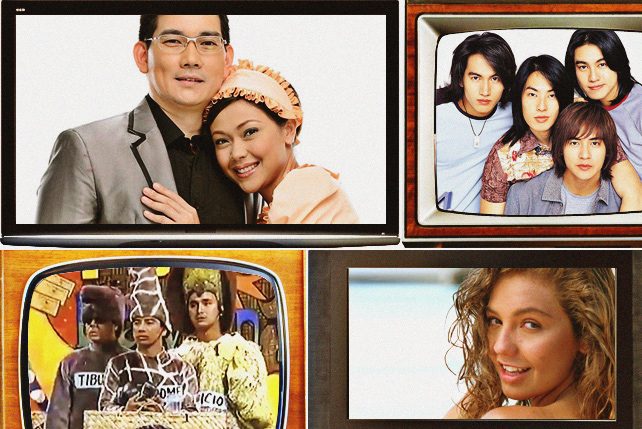 Admit it, you were into at least one of these! 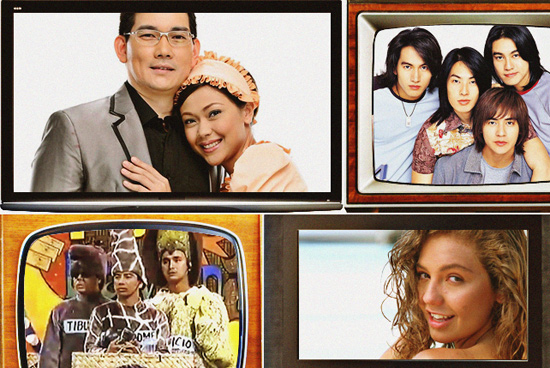 (SPOT.ph) When it comes to pop culture, Filipino fans are usually divided. KathNiel or JaDine? GMA 7 or ABS-CBN? Nora Aunor or Vilma Santos? You get the idea. But every now and then, a pop culture sensation comes along and magically unites Pinoy viewers across all, if not most, demographics. (No, we don't just mean Heneral Luna, but we're very glad that it has.) Here are 10 TV show crazes that caught on and swept the nation.

According to Eat Bulaga director Mike Tuviera, the love team of Alden Richards and Maine Mendoza (a.k.a. Yaya Dub) was an accident. The staff found out that Maine had a crush on Alden, so they asked him to make a surprise appearance during her segment. Their gamble proved to be a hit for the noontime show, spawning an immensely popular segment and love team.

You know it's a craze when... The tandem is only three months old, and they already have a string of endorsements, an upcoming MMFF movie, legions of fans who have broken Twitter records, and domination over noontime ratings. Every time one of them makes an appearance on another show, its ratings skyrocket, too. They even have apps dedicated to their love team!

Nineties kids will likely remember running home after school while shouting the tagline, "4:30 na, Ang TV na!" This youth-oriented variety show was the first of its kind at the time, and featured familiar faces including Claudine Barretto, Jolina Magdangal, Angelica Panganiban, and the Prats siblings.

You know it's a craze when... Its famous catchphrase, "Nge!" was used as punchlines for many sitcoms that came later. The show ran for several seasons, each with a new crop of stars, and lasted until the early 2000s. The series even had two music albums (in 1994 and 1996, respectively), and its own movie entitled Ang TV The Movie: The Adarna Adventure.

GMA Network's daring show is widely credited for being the first gay-themed drama on Philippine television. The show featured Tom Rodriguez and Dennis Trillo as two men who rekindle their relationship behind the back of the former's wife (played by Carla Abellana).

You know it's a craze when... The network's risky but honest portrayal of homosexual and bisexual relationships paid off. The show was critically and commercially acclaimed with a long list of nominations and awards, including Best Ensemble Performance from the Gawad Tanglaw Awards. It even crossed over into politics with the "My Husband's Lover bill" that aimed to punish same-sex adultery.

In 2001, Kris Aquino played host to one of the most popular game shows that hit Philippine TV, running for about eight years. The show underwent plenty of reformatting, including game show hosts (Edu Manzano took over in 2007), title changes (you might remember Milyun-Milyon Na, Game KNB?), and rules (the "pyramid" and the "atras-abante" changes being the most notable). Still, the show had consistently high ratings, even with all the changes.

You know it's a craze when... Kris Aquino's taglines like "may tama ka" and "korek" caught on. Edu Manzano's famous Papaya Dance stemmed from the show's atras-abante format, where the first player who made it to the final round had to dance to the '70s song, "Papaya."

You probably remember being at home and hearing the adults yell "bayoooong" at the TV screen at noontime. Magandang Tanghali Bayan's segment was based on another show, Kuwarta o Kahon, but Pera o Bayong just had the right ring to it. Originally, the game involved 50 contestants who answered a series of multiple-choice questions (remember all those scientific names?) until one was left standing. The winner then joined the jackpot round where they chose among one of three bayongs labeled M, T, and B. Willie Revillame then bargained with the contestant: Choose between an increasing amount of cash or the mystery prize inside the bayong. (Sometimes, it was a million pesos or a living room showcase. Other times, it was a bottle of water.)

You know it's a craze when... The segment survived even after MTB ended, getting incorporated into new shows like Wowowee. In 2000, it was adapted into a movie starring Willie Revillame, Randy Santiago, and John Estrada.

This Mexican telenovela starred Thalia as the titular character who starts off as a naive and kind-hearted "orphan" and ends up taking a new identity and exacting revenge on those who have wronged her.

You know it's a craze when... The telenovela was adapted twice—in 2000 starring Marian Rivera and Dingdong Dantes, and in 2015 with Megan Young and Tom Rodriguez. These days, Angelica Santibañez (a.k.a. Senyora) is practically a meme and a character in her own right.

Be Careful With My Heart

When this daytime soap first premiered in 2012, no one expected it would stay on air for two years. It tells the story of Maya (Jodi Sta. Maria) who becomes a nanny in the wealthy household of Richard Lim (Richard Yap). Naturally, they fall in love.

You know it's a craze when... Sir Chief and Maya's fictional wedding got its own on-site wedding video courtesy of videographer extraordinaire, Jason Magbanua. During airing, the award-winning show also earned an additional timeslot for episode reruns, due to insistent public demand. That, and it turned Richard Yap into a heartthrob.

No, we're not talking about the currently airing remake starring KathNiel. Back in 2000, Jericho Rosales and Kristine Hermosa were Angelo and Yna, two young lovers whose respective family histories threaten to derail their romance. The show also featured the riveting love triangle between Eduardo Buenavista, Claudia Buenavista, and Amor Powers.

You know it's a craze when... It's so iconic that it's touted as the "first teleserye" on Pinoy TV. After a successful two-year run, fans rushed home to catch its series finale but all hell broke loose when a power outage struck, and the episode had to be re-aired at a later time. EchoTin's love team flourished even more, as the show aired in over 20 countries, including Indonesia, Kenya, Thailand, and China. The Cambodian Television Network (CTN) also adapted the plot for their own version entitled The Promise.

We admittedly scratched our heads when we first heard about the concept of Dubsmash. The app, which was released earlier this year, lets users create 15-second selfie videos dubbed over familiar sounds, like movie lines or popular songs. The app quickly took over social media, with celebrities joining in on the fun.

You know it's a craze when... An app launches the career of Maine Mendoza, who rose to fame because of her viral Kris Aquino Dubsmash videos. Her title as "Queen of Dubsmash" led to her being cast as Yaya Dub in Eat Bulaga. Even AlDub makes use of Dubsmash (or rather, lipsyncing) during their KalyeSerye segment and their commercials for McDonald's, Talk 'N Text, and 555 Sardines. The app also got its own segment in the ABS-CBN gag show, Banana Split, called "Your Dubsmash Sounds Familiar."

This Taiwanese drama first aired in the Philippines in 2003, and became a sleeeper hit. The series starred actress Barbie Xu as a poor and hard-working girl named Shan Cai, alongside Jerry Yan, Vaness Wu, Vic Zhou, and Ken Chu as a popular group of boys in their school named F4.

You know it's a craze when... It kickstarted the love for "Asianovelas," thanks to ratings that reportedly scored over 50% nationwide. F4 also had a super-successful music career, with female fans swooning over their good looks and boys adapting their famous hairstyles. In 2004, F4 announced a Manila concert with prime tickets priced at P15,000 to P20,000. Fans didn't care about the ridiculous price tags and quickly shelled out to see the boys up close. Reports also said that prime seats were sold out even before the tickets were made available to the public.

Pinoy Tv Shows Tv Show Craze
Your Guide to Thriving in This Strange New World
Staying
In? What to watch, what to eat, and where to shop from home
OR
Heading
Out? What you need to know to stay safe when heading out