Kris Aquino calls herself a jerk, drops out of MMFF movie
Loading
Already a member? Log in
No account yet? Create Account
Spot.ph is your one-stop urban lifestyle guide to the best of Manila. 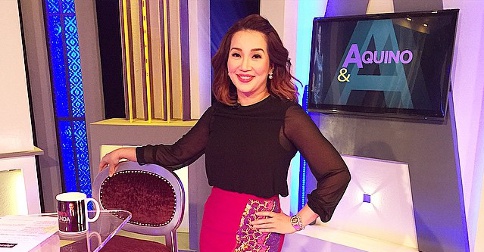 Kris Aquino calls herself a jerk, drops out of MMFF movie

The MMFF is less than three months away.

(SPOT.ph) With the Metro Manila Film Festival (MMFF) just two months away, you'd probably expect the films to be in the final stages of shooting and editing—at the very least. Then again, this late into the year, we're still hearing about new cast additions and title changes.

So maybe we shouldn't be too surprised at Kris Aquino's last-minute announcement on her upcoming MMFF movie, All You Need is Pag-Ibig.

In an Instagram post, she apologized to Malou N. Santos, (Star Cinema managing director), Kriz Gazmen (the movie's creative writer), and Antoinette Jadaone (the movie's director) for the "stress," "many wasted hours," and "all the effort [they] exerted."

In a separate and earlier post, Kris said that although the movie would "lay bare all [her] insecurities," she pushed through with it. However, she made the decision to walk away after her one request—for her chosen cinematographer to work on the film—didn't pan out.

Back in September, her co-star, Mayor Herbert Bautista admitted that he was concerned that the movie wouldn't push through after announcements of cast changes (Derek Ramsay was rumored to take his place) and reports of Kris falling ill. Kim Chiu and Xian Lim were also later confirmed to be part of the film.

Star Cinema and the MMFF have yet to release an official statement on the issue.

Metro Manila Film Festival Herbert Bautista Kris Aquino Mmff Mmff 2015
Your Guide to Thriving in This Strange New World
Staying
In? What to watch, what to eat, and where to shop from home
OR
Heading
Out? What you need to know to stay safe when heading out