It's official: There's going to be more On the Wings of Love until next year!
Loading
Already a member? Log in
No account yet? Create Account
Spot.ph is your one-stop urban lifestyle guide to the best of Manila. 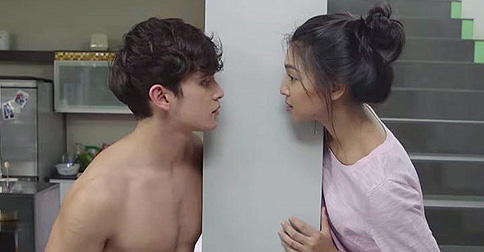 It's official: There's going to be more On the Wings of Love until next year!

The show is extended until February 2016.

(SPOT.ph) Can't get enough of ABS-CBN's primetime hit On The Wings of Love? Rejoice, because it looks like you're going to get a lot more of Clark and Leah's love story well until next year!

According to a report from TV Patrol, Dreamscape Entertainment has extended the show until February 2016, bringing its run to a total of six months since premiering in August. They will also be releasing a DVD of the first six weeks of the show, so you can relive every kilig moment of Clark and Leah's arranged marriage.

During OTWOL's press conference on October 12, James Reid and Nadine Lustre thanked fans for all their support, but stressed that for now, they plan on just being friends. "We want to focus on our work and friends lang talaga po kami. What we have is good and we don't want to spoil it," explained James. Nadine, meanwhile, said that a relationship could make work complicated, adding, "What if magkaroon kami ng away or something? Siyempre mahirap pong mag-trabaho kapag mayroong ganoon."

Still, they're not closing their doors on the possibility of a romance, with James saying, "In the future, who knows? I mean, I said as long as we are working together, ayaw ko ng complications. So, who knows?"

Currently, the show revolves around Clark following Leah back to the Philippines where he will meet her father (Joel Torre), as well as get a taste of Pinoy culture...like driving a jeepney!

Jadine James Reid Nadine Lustre On The Wings Of Love
Your Guide to Thriving in This Strange New World
Staying
In? What to watch, what to eat, and where to shop from home
OR
Heading
Out? What you need to know to stay safe when heading out