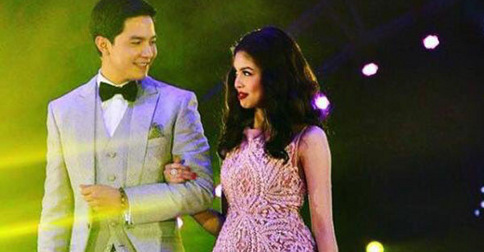 (SPOT.ph) Eat Bulaga's #AlDub phenomenon has gone global, and we don't just mean with celebrities. A number of international media outlets have tackled and dissected the love team of Alden Richards and Maine Mendoza, whether it's about their love story or their trademark pabebe wave. Here are five international news organizations who have caught on to the AlDub craze.

Regular BuzzFeed.com readers will recognize their popular video series where staff members react to a much-talked about topic. This time, they watched the EB episode where Alden and Maine meet for the first time. One staff member exclaimed, "This show is electric! I don’t know what the f*ck is going on but it’s just like a whirlwind of fun sh*t!"

The Guardian and the pabebe wave

On October 30, The Guardian posted a video on the pabebe wave that had celebrities all over the world joining in. They cited examples from action star Vin Diesel to staff at the U.S. Embassy.

It all started with a feature article on BBC.com that went into detail about the "social media phenomenon," from their use of Dubsmash to the record-breaking tweets every week. They also covered AlDub via a news report from BBC broadcast journalist, Rico Hizon (who also happens to be Filipino), which explained why the pairing was so popular. They also tackled the pabebe wave via the BBC Trending Facebook page (above).

The Straits Times dubs AlDub as an "old-style love story"

Singaporean broadsheet and news website The Straits Times also took on the love team's story, calling it a "mish-mash of Cinderella and Romeo and Juliet." The article mentioned EB's depiction of pamamanhikan and the appeal of Alden and Maine as "believable bearers of the values their show represents."

Bloomberg on AlDub's influence on markets

Even international business news platform Bloomberg took on AlDub's growing influence. A report on October 29 discussed how the "bizarre" show is affecting various markets, such as brands (including the rise of McDonald's sales by 470% following their endorsement) and wide audience reach via television and social media.

Aldub Alden Richards Maine Mendoza Yaya Dub
Your Guide to Thriving in This Strange New World
Staying
In? What to watch, what to eat, and where to shop from home
OR
Heading
Out? What you need to know to stay safe when heading out