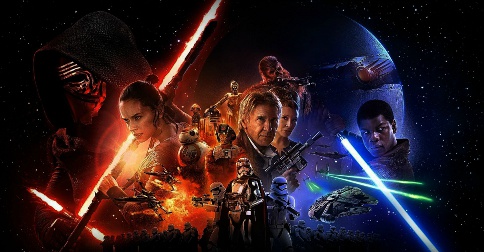 (SPOT.ph) And just like that, it's December! End the year with a cinematic bang with these 10 movies you shouldn't miss out. This month, a heartwrenching book adaptation, exciting blockbuster sequels, and some promising MMFF entries you need to check out.

Rather than a direct adaptation, this film takes elements from the beloved novel by Antoine de Saint-Exupéry. The plot revolves around a young girl who befriends an eccentric but kind-hearted old man that tells her the story of the little prince. The film features the voices of Jeff Bridges, Rachel McAdams, Paul Rudd, Marion Cotillard, James Franco, and more.

Secret in Their Eyes

A tight-knit team of FBI investigators (Chiwetel Ejiofor and Julia Roberts) and their supervisor (Nicole Kidman) are torn apart after they discover that one of their children has been brutally murdered. Thirteen years later, one of them uncovers a new lead in the case, with shocking consequences.

In the Heart of the Sea

Based on real-life events that inspired the classic tale Moby Dick, this film by Ron Howard revolves around the crew of a whaling ship (Chris Hemsworth, Cillian Murphy, Ben Whishaw, among others) who are shipwrecked following a vicious attack from a massive sperm whale.

This critically acclaimed addition to the Rocky franchise stars Michael B. Jordan as Adonis "Donnie" Creed, the illegitimate son of Apollo Creed and an aspiring boxer. He enlists the help of his father's old rival, a retired Rocky Balboa (Sylvester Stallone), who is suffering from severe brain trauma after years of fighting in the ring.

Based on the 2012 book Seven Deadly Sins, the drama centers on David Walsh (Chris O'Dowd), the journalist who uncovered Lance Armstrong's (Ben Foster) doping scandal, which led to him getting stripped of his Tour de France jerseys.

Director Erik Matti makes a triumphant return to the silver screen with a new crime thriller that was screened at the Toronto International Film Festival this year. It stars John Lloyd Cruz and Meryll Soriano as a married couple who are caught in a complicated Ponzi scheme. The film is one of eight entries to this year's MMFF.

What's the MMFF without a little horror? This year, Cesar Montano is bringing the frights as a police officer who investigates a series of brutal murders that bear a strong resemblance to killings that have been happening in Japan. He teams up with a mysterious woman (Maria Ozawa) from Tokyo's criminal underworld.

Giving MMFF moviegoers a dose of good vibes is Jennylyn Mercado's latest rom-com offering, Walang Forever. She plays Mia, a celebrated romance writer who, in reality, is a cynic when it comes to love. Directed by Dan Villegas, the promising entry also stars Jericho Rosales as her leading man.