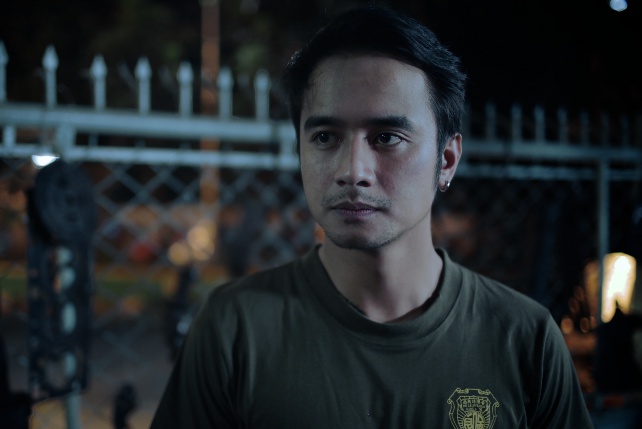 (SPOT.ph) JM de Guzman and Nico Antonio play brothers and thieving tandem bike riders Rex and Roman in Tandem, an independent film that depicts how a life of crime is never as simple as people often think it is. With action scenes that are as gripping as witnessing an actual crime unfold in front of your very eyes, this Metro Manila Film Festival (MMFF) New Wave entry will stir and shock the audience—but only as far as the movie theater exit will take them.

Directed by King Palisoc and written by Zig Marasigan, Tandem begins with Rex pointing a gun at a dog, unable to shoot, and his older brother Roman pulling the gun away from him. Unlike Rex, Roman is all too familiar with acts of robbery and murder—having previously gone to jail for them—but living in poverty in Metro Manila has pushed him to drag his brother down with him. Back home, Roman supports his pregnant wife Char (Rochelle Pangilinan) who vehemently disapproves of the danger he brings to her family, which turns out to be for the worst once corrupt police officials get involved. 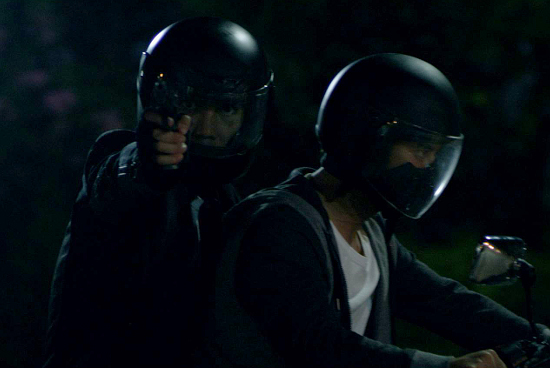 As the very streets that they wreak havoc in become more dangerous to them when video footage of their modus makes national news, Rex and Roman are caught between the choices they’ve made and their loyalty to each other.

The concept of family prevails above all else in the film, making it possible for the audience to sympathize with the protagonists-slash-perpetuators and root for them toward the very end. The film's noir feel introduced by director of photography Pong Ignacio (Heneral Luna) fits and further accentuates the dark and gritty tone. When put together with the music by Bryan Dumaguina, the movie is reminiscent of the cult-favorite Ryan Gosling-starrer, Drive, from 2011. 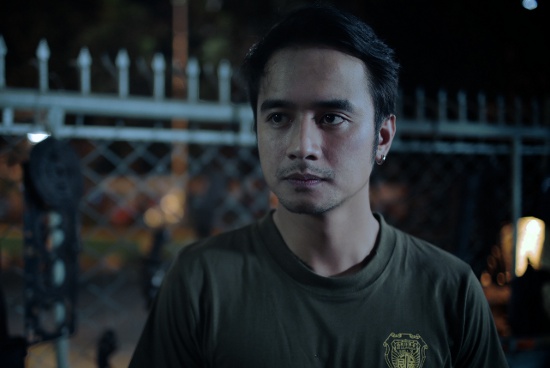 Unfortunately, Tandem lacks the focus to create a message concrete enough to match the gravity of its subject matter. While it does spark awareness on how riding-in-tandem works and what the police are doing about it, not much is done to make the acts of crime actually justifiable, and in turn, the two main characters seem less like heroes and more like fools instead.

It is common to find films about individuals that are driven by society and corruption to go against the law in order to survive, but Tandem fails to bring anything new to the discussion, though it seems to be self-aware about it. At the very core of the film lies the noble relationship of two brothers, expertly pulled off by its actors, but it will leave the audience hungry for a real resolution that could’ve made the whole film more memorable.

Tandem runs from December 17 to 24 at SM Megamall, Glorietta 4, and Robinsons Manila as part of the Metro Manila Film Festival's New Wave competition. It will have its commercial run in February next year.