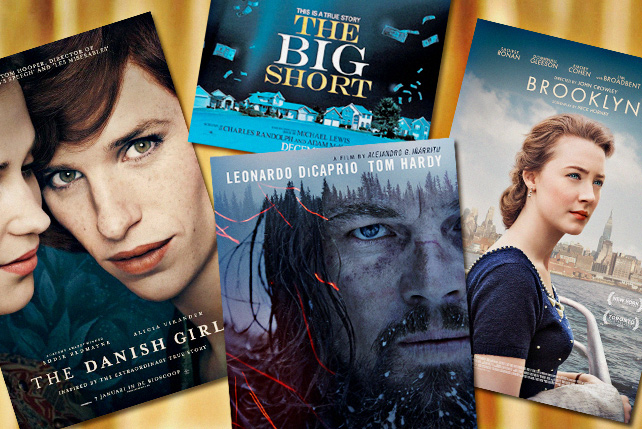 10 Most Promising Oscar and Award-Season Films of 2015

Which ones are favored to win the golden statue? 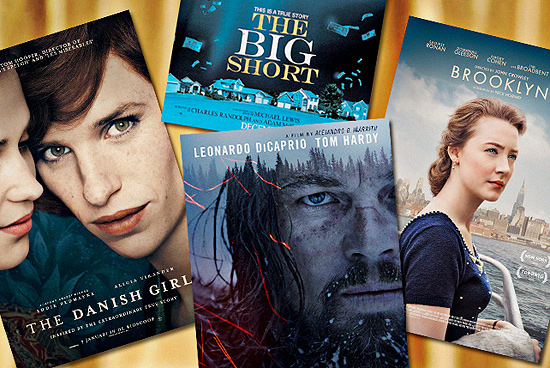 (SPOT.ph) We are currently right smack dab in the middle of awards season in the U.S., and all the contenders are out in full force campaigning to get those star-making nominations for a little golden statue called the Academy Award. Because of their usual stature as smaller films, and that we have the Metro Manila Film Festival (MMFF) taking over all the cinemas as the year closes, these Oscar contenders usually pop up in January and February.

Quite a few of the contenders have already screened locally, including George Miller's epic chase movie Mad Max: Fury Road, Ridley Scott's man-in-space drama The Martian, Pixar's animated film frontrunner Inside Out, hip-hop biopic Straight Outta Compton, Rocky spin-off Creed, Steven Spielberg's spy thriller Bridge of Spies, Johnny Depp gangster film Black Mass, and of course, our very own Oscar bet, Heneral Luna. The 10 films below are those that have yet to be released locally (most of which are out in the next couple of months), but you'll be hearing a lot about them as they contend for an Oscar.

The Academy Awards will be on February 28, 2016. Mark your calendars!

Note: Release dates are for Philippine cinemas as it is currently known.

Fresh from an Oscar victory just this past year for Birdman or (The Unexpected Virtue of Ignorance), Alejandro G. Iñárritu is back with a vengeance in a brutal, bleak, but beautifully shot revenge thriller about a man who was left to die but comes back to find those that left him behind. Will this be the year that Leonardo DiCaprio finally wins that elusive Oscar as the revenge-seeking Hugh Glass? Leo has already earned Screen Actors Guild (SAG) and Golden Globe nominations for the role.

While most known for directing Will Ferrell comedies Anchorman and Step Brothers, director Adam McKay dips a toe into a partly dramatic piece (but still with a lot of comedy) about the U.S. financial crisis from 2007 to 2010. It's got an A-list cast that includes Christian Bale, Steve Carrell, Ryan Gosling, and Brad Pitt. It's just begun picking up steam with two SAG and four Golden Globe nominations, including Best Picture. This could play spoiler for films that aren't quite locks just yet.

Everyone needs to learn how to pronounce Saoirse Ronan (SEER-sha in a thick Irish accent, by the way), as the 21-year-old actress is one of, if not the frontrunner to take home Best Actress, already picking up a ton of awards from critics and film festivals (she's also a previous Oscar nominee for Atonement). The 1950s period drama about a girl who leaves her family as she emigrates from Ireland to New York is also getting lots of buzz (and sporting a gleaming 98% score on Rotten Tomatoes).

Tom Hooper, Oscar winning director for The King's Speech (and also 2012's Les Misérables), is back with another lush historical period film, this time about the first ever recipient of male-to-female sex reassignment surgery. Eddie Redmayne, who just won an Oscar this year for playing Stephen Hawking in The Theory of Everything, is back in contention, but it is his co-star, the talented Alicia Vikander who is getting most of the Oscar buzz.

Several films have been made about the life of Steve Jobs, the genius co-creator of Apple (and those products we use every single day), but not of this calibre. Directed by Oscar winner Danny Boyle (Slumdog Millionaire), and written by Oscar winner Aaron Sorkin (The Social Network), and starring Oscar nominee Michael Fassbender as Jobs and Oscar winner Kate Winslet as Joanna Hoffman, Apple's marketing executive. Four Golden Globe nominations and buzzworthy names have put this in the Oscar conversation.

Beasts of No Nation

This harrowing war drama from Cary Joji Fukunaga (Season 1 of True Detective) has a frightening performance by Idris Elba as a villainous commander leading an army of young men and child soldiers. For the first time, the U.S. streaming service Netflix has a legitimate horse in the race. Elba is the film's biggest chance at glory, but the film itself has garnered buzz and won several awards this year already, not to mention its surprise SAG Ensemble nomination and a Golden Globe nod for Elba.

Considered by many Oscar pundits as the frontrunner to win it all, Spotlight has been winning tons of critics awards (with a 98% score on Rotten Tomatoes) and has been keeping the buzz going for the film and its ensemble of actors (including Michael Keaton, Mark Ruffalo, and Rachel McAdams). Spotlight is based on true-to-life events around an investigative reporting team who uncovers sexual abuse cases by priests in Boston, Massachusetts. The touchy subject matter may prevent it from ever screening locally, but expect it to be in the spotlight during awards season.

Another big contender for the Best Actress prize is Brie Larson, whom many critics have said is a powerhouse in this film, and has picked up several awards for her role. Larson plays Ma, who has lived most her life locked in a very small room with her five-year-old son (Jacob Tremblay, who is also getting raves), and all her son knows is “room,” and not of the world outside it. Said to be heartwrenching and powerful, Room may be the little movie that could this year, already winning one of the biggest prizes on the festival circuit from the Toronto International Film Festival, and scoring three Globe nominations.

Powered by two talented actresses—two-time Oscar winner Cate Blanchett (Blue Jasmine) and Oscar nominee Rooney Mara (The Girl with the Dragon Tattoo)—Todd Haynes' Carol is about a young photographer (Mara) and her relationship with an older woman (Blanchett) during the '50s. Both women are considered frontrunners, but Mara has already won the Best Actress prize at the Cannes Film Festival. The film scored five Golden Globe nominations, more than any film this year, including ones for Best Picture, Best Director, and nominations for its two lead actresses.

One of the last players to enter Oscar contention this year is Quentin Tarantino's sure-to-be-bloody Western, The Hateful Eight, which is about eight dangerous strangers who find themselves stuck together in a house during a blizzard. Shot in 70mm, with the original three-hour cut having an intermission placed within it, Tarantino looks to bring his usual game to the table with some extra added violence. The cast of “Hatefuls” also looks strong, led by Tarantino veteran Samuel L. Jackson.