This Fil-Aussie's animated film may actually have a shot at the Oscars
Loading
Already a member? Log in
No account yet? Create Account
Spot.ph is your one-stop urban lifestyle guide to the best of Manila. 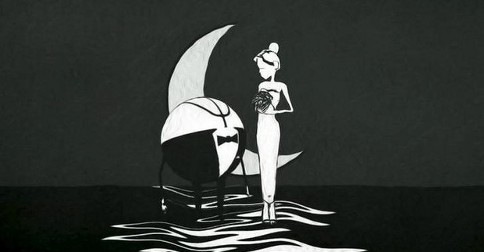 He's up for the Animated Short Film category.

(SPOT.ph) Heneral Luna might not have made it to the Academy Awards, but another project that Pinoys would be happy to hear about might actually have a shot at Oscar gold.

Fil-Aussie filmmaker Robertino Zambrano was shortlisted for the Animated Short Film category for his movie, Love in the Time of March Madness, co-directed with Melissa Johnson. The plot revolves around the story of Melissa, who hit a height of 6'4" by the time she was in the eighth grade. The animated film follows her journey as a basketball star who tries her luck at love.

In an interview with Ginger Conejero for ABS-CBN News, Zambrano said that the movie was three years in the making: "We were struggling to finish the film. There was no budget and we were kind of on the verge of quitting," he shared. "So we cut together a rough edit which was one-third unfinished, filled with black shots and texts over each shot that said, 'This is what's going to happen, this character runs across the screen, et cetera.' And we just sent it out to the big festivals, going, 'They're not gonna take it.'"

The final list of Oscar nominees will be announced on January 14, and the awards night will be held on February 29. You can watch the live telecast of the award show on HBO.

Also read: 10 Most Promising Oscar and Award-Season Films of 2015

Academy Awards 2016 Oscars 2016 Robertino Zambrano
Your Guide to Thriving in This Strange New World
Staying
In? What to watch, what to eat, and where to shop from home
OR
Heading
Out? What you need to know to stay safe when heading out