Film Academy of the Philippines: MMFF has failed to give P110-M of earnings
Loading
Already a member? Log in
No account yet? Create Account
Spot.ph is your one-stop urban lifestyle guide to the best of Manila. 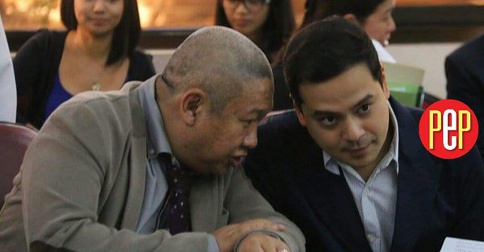 Film Academy of the Philippines: MMFF has failed to give P110-M of earnings

The MMFF is supposed to give beneficiaries shares from its box-office earnings every year.

(SPOT.ph) Like the never-ending Shake, Rattle & Roll and Enteng Kabisote franchises, the Metro Manila Film Festival's controversial saga continues. The Congressional hearings have gone beyond Honor Thy Father's disqualification and have tackled two topics: the possible abolishment of the festival and its irregularities in funding.

In a report by Inquirer.net, FAP's director general Leo Martinez claims that the organization has not received its share "amounting to P110 million, as of 2013." Mowelfund's head Boots Anson-Roa also told Inquirer that they were supposed to receive P9 million for the 2014 festival, but they've only received P7.25 million so far. (According to PEP.ph, the festival earned over P1 billion at the box-office in 2014.)

Martinez further said that the earnings should be distributed to beneficiaries "in full, a month after the last day of the festival, and not in four to seven tranches in a span of one year, as is being practiced." In FAP's position paper, it also claimed that in the last five years, the MMFF's income has increased every year but "only 1 to 2% [of the earnings] went to the beneficiaries."

The FAP has called for a full accounting of the MMFF's funds for the past 10 years. Earlier, Quezon City Rep. Winston Castelo confirmed that lawmakers are already awaiting a report from the Commission on Audit.

Metro Manila Film Festival Mmff
Your Guide to Thriving in This Strange New World
Staying
In? What to watch, what to eat, and where to shop from home
OR
Heading
Out? What you need to know to stay safe when heading out